Rural areas are usually remote residential environments on the outskirts of towns with scattered dwelling units. They are traditional heritage communities that are subject to traditional authorities. Despite national government’ s interventions to create jobs and eliminate poverty, rural areas still have high rate of poverty and unemployment. As per the country’ s population statistics, youth constitutes a high proportion of the population and rural areas are no exception.

Youth in rural areas are relatively inadequately intervened by the government especially in terms of capital power. To influence facilitation of change, any group of a people needs to possess enough political and capital power (financial power). This includes a rural area group of a people who already have prominent structures that are, arguably, older and permanent than our modern national government.

Empowered with subsequent workshops and capital budget, followed with monitoring and evaluation mechanisms, these traditional structures would administrate that money to development their nearest constituencies and that, even youth in rural areas who often struggle to reach resources in distanced towns, eg, printing, photocopy services, computer labs for internet access etc, would virtually benefit at all levels.

This sentiment will remain a mere dream if strong consideration is not applied into this regard. 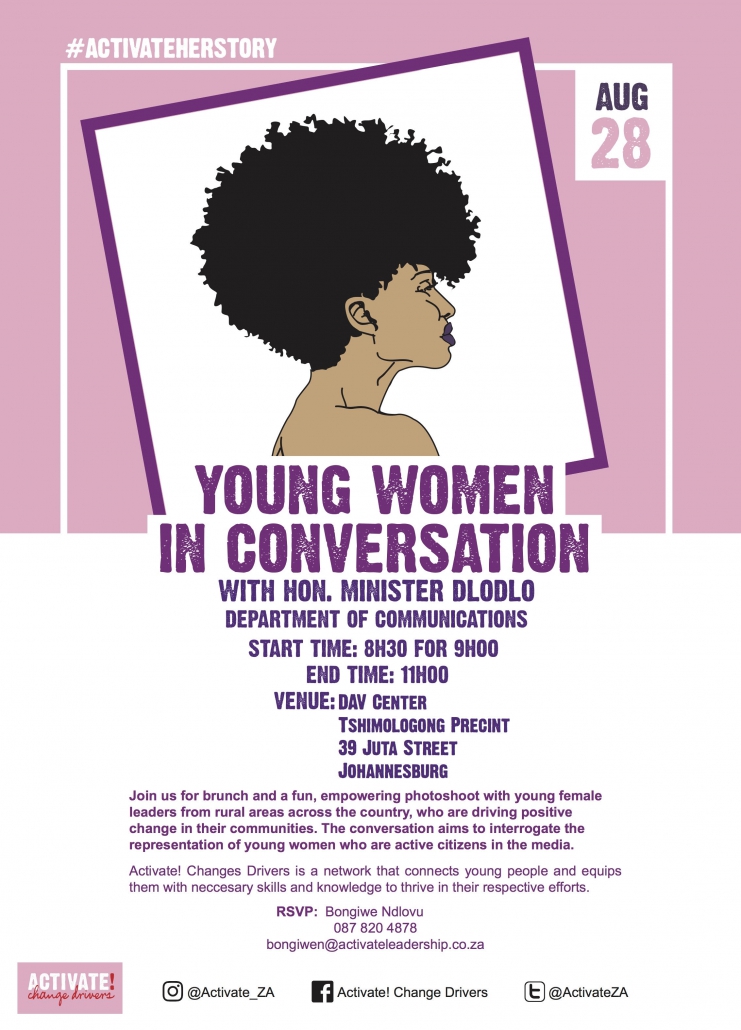 Mawethu Maxwele is an Activator since 2013 and is based in the Western Cape. We spent 5 minutes with him to find out what his passion is and how ACTIVATE! has helped him drive change in his community.