A vast majority of social development programmes in developing countries are aimed at shifting mindsets, which consequently will lead to a change in behaviour if the intervention is deemed to be “successful”. The vision of ACTIVATE! Change Drivers finds itself squarely in this position. Being in a development and more specifically, a training space for young leaders, it becomes imperative to examine why mindsets need shifting and maybe more importantly why we hold “these” mindsets to begin with.

It is an incredible thing to witness young, powerful leaders coalesce around a conversation that is central to understanding of the underlying ‘mind sets’ that we hold as a nation. An urgent conversation that unearths something often buried in our national discourse. A conversation that speaks to the core of our experience of history and the imprints it has left in our minds, hearts and bodies.

This is what happened when 70 Activators at the innovation showcase came together to begin a conversation that jump started a campaign that explores the “Real History of South Africa”. A diverse range of participants representing many different cultures and sub cultures gathered to define what is missing, what is needed and what they want to say about South African history as we understand it today.

Digging into the Conversation

The heart of the discussion that emerged was streaked by the fingerprints of both our Colonial and Apartheid pasts. We opened up a space that acknowledged that we have the opportunity to re- write history: the true story of our country. On the surface we were talking about writing the real history of SA but at the core of our discussion, we were talking about race, our oppressive and violent history, the woundedness Apartheid left behind, a need to heal as a country, the need to tell our stories in our own way, the need to challenge inherited representations of our cultures and build a collective identity.

There was a burning desire to engage questions and frustrations that do not rest. To speak out and salvage parts of ourselves left disorientated in the passing of time. This was a historical reclaiming of self, a remembering of that which has been dismembered and a desire to pull the missing threads of history into our future imagined ideal world. This gathering acknowledged that “even though the rain has come, the dusty traces still remain on ancient faces” ; even though we say we are free as South Africans there is so much that holds us hostage. The resounding claim that the young leaders made that day was that we need to go back and take stock of ourselves and what we lost along the way in order to authentically move forward.

Renee Hector Kannemeyer and I, Injairu Kulundu had the pleasure of facilitating this conversation that steered the participants into the heart of things left unsaid in this country. It was a beautiful, and intense space to hold and instead of a gentle facilitation, we took a directive approach to facilitating this very critical and emotional space. There was a soul connection between us and we directed this powerful space for 70 dynamic and passionate young people. We held the space tightly as we moved in and out of a facilitation and co- facilitation space, leading and supporting the group. The momentum was fast and directive, yet attentive to the very powerful stories and contributions made by each participant. We needed to be connected or else the specific out-comes of this delicate emotional and potentially volatile space would be severely compromised. We understood the implications of selecting this specific topic and were both drawn to facilitating this space. On a subconscious level we connected with each other as we moved into a shared purpose, passion and urgency. This created a soul connection of mind will and emotion a connection that ensured that it remained a productive and safe place for Activators to share.

We started by saying that this could potentially be an emotional space and that it is important that we listen with respect without judgement as we all have a story to tell and that our stories were equally important.

The discipline and focus it takes to engage a topic that is at once politically flagrant and personally sensitive was demonstrated by the Activators as they collectively created a space where each person’s input could be valued. The way in which people listened to each other demonstrated a maturity that seemed to acknowledge that there are many different identities present in this country and each identity has a different question and challenge they hold with regard to identity in this country. Activators took the space we provided to share their own story, the story of their people. Although some participants drew pictures, most participants expressed themselves in text. We gathered all the text and harvested common threads to craft a collective story.

One Activator spoke of the need for us to acknowledge that the San were the first people in South Africa. Another Activator shared the following: “I know that the stories captured in our history books, is not the true history of the Xhosa people. The challenge is that I do not know what the true history of the Xhosa people is. The deep sadness displayed in that reflection was profound. The urgency to find out what that story was, was shared by many activators in the group. What was powerful about the space was the Activators paused and took time out to reflect on who we are and where we came from and deconstruct some of the complexities of our colonial and apartheid identities.

After establishing a sense of what everyone felt was important we were left with the daunting task of trying to synergise these concerns into a campaign that could thematically capture what we wanted to say. All of the ideas presented could carry with it a campaign of its own- how then were we to find something that could invite the rest of South Africa to participate in this conversation? What vehicle could we use to jump start this conversation? The multiplicity of voices present having this one conversation made one thing clear. Despite the different background we come from, despite our different experiences of apartheid, we are bound by the fact that we belong to this land. This strange place we have come to occupy is our home. We are South Africans- but this sentiment did not feel like it was enough. The mere word African was so grossly misconstrued by the apartheid regime that we felt like we needed to reclaim this word. The central anthem of our campaign then became “ WE are Afrikans!”

Our flagship campaign is designed to reclaim this position of ‘Africaness’ and imbue it with a sense of power and pride long eroded because of our painful history. It is a defiance campaign that responds directly to the act of racial classification engineered by the Apartheid regime.

Apartheid fostered deep racial stereotypes and the belief that cultures should not mix but that they should “develop separately along their own lines”. These lines were usually drawn starkly by the Apartheid government. Still till today our identities are often based on these classifications. Not often are we fully aware of the political, historical and social impact this has had on us. By referring to people as “ Blacks”, Coloureds”, “ Indians” when we describe people in our every day speech, as well as during self -classification, we are perpetuating the racial categories of Apartheid South Africa and consciously or unconsciously entrenching racial prejudice. We are continuing to reinforce intergroup dynamics and social practices which were crucial in highlighting our differences rather than our similarities during the past regime and does not promote national unity (Alexander, N 2006).

We all participate in the continuation of this process through everyday forms institutionalised racial classification. When asked to fill in registration forms at banks, universities or in government institutions they always always ask us to clarify ourselves racially. Our campaign asks us to rethink these moments of racial classification and to respond in a defiant way. When they ask you whether you are Black, White, Coloured, Indian tick none of these. There is a block that says ‘other’ that has always fascinated me- what does it mean to be other in this context. This campaign gives us the perfect opportunity to respond yes we are other- We are Afrikans! Next time you are confronted with this choice- choose other and write Afrikan next to it.

ACTIVATE! hosted its second Exchange dialogue on 23 August with over 400 Activators and stakeholders gathering simultaneously in Limpopo, KwaZulu-Natal, Western Cape and Mpumalanga to hold discussions around Identity and Leadership. 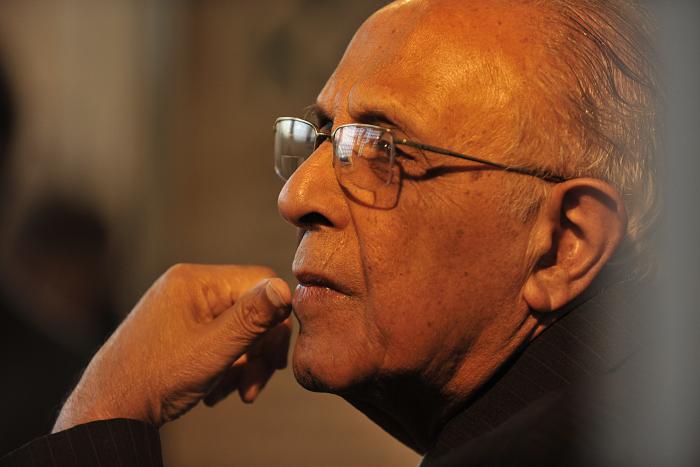