As Thursday 01 December 2016 marks the commemoration of World Aids Day, at the end of the year in 2007, there were 33.2 million people living with HIV/AIDS, however, stigma and discrimination played a significant role in the development and maintenance of the HIV epidemic.

Although we still have questions about HIV till this very moment, researchers have learned a lot, enough to know that people who are HIV- positive aren’t dangerous, different or doomed. In many societies these people are often seen as shameful. In most cases, the infection is often associated with minority groups or with homosexuality. Also, in some societies HIV/AIDS is seen as a result of personal responsibility.

It is well documented that people living with HIV and AIDS experience stigma and discrimination on a daily basis. This impact however goes beyond individuals infected with HIV to reach broadly into society, disrupting the functioning of communities and complicating prevention and treatment of HIV.

Meanwhile, also fear and discrimination limits the possibility of disclosure even to important sources of support such as family and friends.

Luxolo Mlambo (not his real name), 32 years old from the Eastern Cape, got diagnosed with HIV at the early age of 24. He is a community care-giver at a local primary health care facility in Ndevana village, just 5km outside King Williams Town.

“At the time I was diagnosed with HIV in July, 16 2008, I never thought I would ever forgive myself for being so reckless and selfish. The stigma and discrimination that people living with HIV/AIDS bear is immense. This had the potential to shut down my dreams of becoming a teacher. However, I believe what was meant to happen eventually took its course and the sad part is, I was the victim,” explains Mlambo.

He added: “The only reason it took me so long to accept my condition at the time was how people reacted to people living with HIV. Society, more especially in our communities, people tend to quickly give you a funny name when they learn that you are infected by the disease. Disclosing my own status was not a tarred road experience, with six weeks of procrastinating accompanied by fear and regret, it became the worst thing in my life. Having grown up in a Christian family where free lessons and constant reminders about using a condom were taught.”

Making the epidemic invisible, a prime impact of discrimination is that it pushes the epidemic underground, forcing people who have contracted HIV, and anything else associated with the disease, into hiding. An acknowledgement of HIV becomes difficult if not impossible.

“Fortunately I was surprised by how my loved ones reacted to my disclosure which made me realise that there’s more to life than living with HIV. As I could not continue with my dream of becoming a teacher at the time, due to depression and anxiety, and almost giving up on life, I made a vow to myself that I will become what I envy to be, even if that means I conduct educational classes in my back room at home.”

“In 2012, as I came to terms with the disease, I was fortunate to become a Community Care-giver where I was trained to inform and educate others living with HIV. My dream of teaching became a reality once again. Also, rendering counselling services to people who were like me, made me realise that my problems were not superior nor less from any of the people I had to deal with on a day to day basis,” adds Mlambo.

“There are many of us living with this disease and yet we are pursuing our childhood dreams daily. Through care-giving, I have saved more than hundred hopeless HIV-positive souls, and today some of these people are living the life they had desired even before contracting HIV/AIDS through my teachings and wellness programmes.”

“No one can tell my story other than myself. I was not born HIV positive, but I was mentally delayed by stigma and discrimination from society at large in attempting to achieve my dreams. I believed I was going to die soon, because my mind was telling me so. HIV/AIDS is not a disability, but a mental disease that seeks to make you believe that IT IS OVER, when it’s actually not,” concludes Mlambo.

South Africa has made significant and laudable progress in the past few years. Till today, nearly more than 1-million South Africans are receiving antiretroviral treatment, and new surveillance data indicate declining prevalence among children and youth, as well as higher rates of condom use.

The next challenge is to ensure that people know their HIV status; too few South Africans possess this critical information. Despite this challenge, South Africa has the potential to reach more of its citizens through enrolment of accessible treatment. 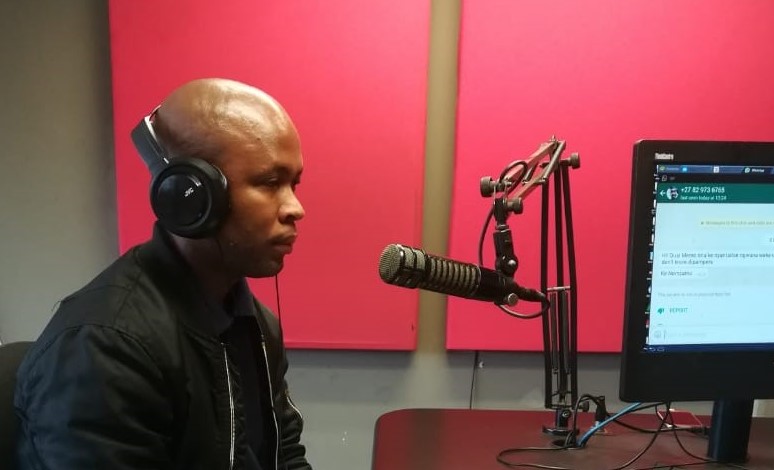 By: KayDee Dineo Mashile There’s nothing 100% about hearing your colleagues in the medical field judging those that are infected and sick with HIV. Referring…

The ICASA YouthFront is a coalition of youth-serving organisations working on HIV/AIDS and Sexual & Reproductive Health and Rights of Young People in Africa. The core mandate of the YouthFront is to ensure effective and active participation of young people in ICASA.