In 2008 during Nelson Mandela’s 90th birthday, he said, “It is time for new hands to lift the burdens. It is in your hands now.” The United Nations officially declared 18 July as International Mandela day in 2009.

Mandela day was founded so that people recognise the power they have in changing the world, starting with the people around them. The Mandela Foundation further explained that Mandela Day exists to recognise individual power to make an imprint and help change the world.

With all that being said we wanted to know what Mandela day meant to Activators, this is what they had to say:

“SA needs all South Africans to come on board, not just one day but everyday to build the future”

“I think Mandela Day is an insult to us Activators as we work on building our communities 365 days a year. We don’t wait for one specific day of the year to do something. In fact, I would like to suggest that Activators take a day of rest on the day while SA joins the crucial need to work together to build SA for the better.”

“Most of the people who talk about 67 minutes for Mandela Day are not avid volunteers. I get that sometimes it’s all people can afford to do but sometimes the stuff they do out here for Mandela day end up looking like a joke. As  an avid volunteer and activist, I think people should have something they stand for not just on Mandela Day but everyday. Don’t make noise about it only on July 18. Giving time and resources to those who need it shouldn’t be done one day in a year. I’m all for making it a Mandela day every day.”

“67 minutes for Mandela Day would sound better if land was expropriated with compensation, workers’ salaries are increased, service delivery improves and support of artists from all sectors take place. That is what I would expect South Africa to focus on on Mandela day.”

“The day brings hope to many, it brings people together and if there’s something that South Africans stand united upon, it’s the spirit of the Mandela Day. Tatu Nelson Mandela is the back bone and pillar of our democracy, liberations, he is the very reason we have freedom. Our state of reality is a direct result of very big and sometimes hard decisions he had to make.

As an Activator this is a good reminder that a man gave his life for my liberation and it is my responsibility to take off from where he left. Mandela Day is a reminder that I have something to give to my generation and even if it may look impossible, if I put my mind to it, it’s possible.”

Activators who are part of the youth making local government work joined in on the Mandela Day conversation, coming up with what they think the solution could be. Activators opted for a different initiative on the day. They proposed a silent campaign that will make the Mandela Day volunteer promise continue by ensuring goodwill continues beyond Mandela Day.

The Youth Making Local Government Work team said, “We want to make sure there is real change in people’s lives not just for a day but for a lifetime. It is obvious that South Africans are keen to change our country for the better. Like Tata said, it is now in our hands to bring change. We urge Activators who want to help us make sure that Mandela day leaves an impact on people’s lives to join us in our campaign, they can do this by asking for more details at the A! help desk.” 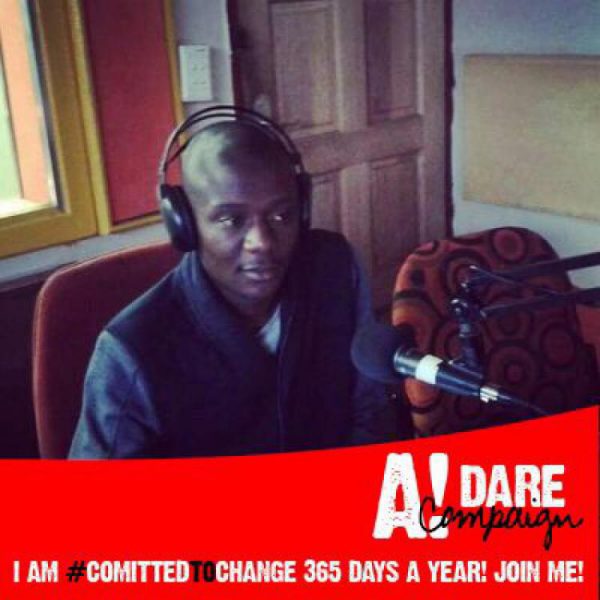 A friend of mine recently posted convenience doesn’t work in humanitarianism. I took this to mean that being selective by what we can learn from Mandelas life…