“Economists described the shocking unemployment rate as hopeless, helpless and a failed state. But patriotic youth should view this economic tragedy as a challenge to step-up and move the country forward’’ – Entrepreneur Activator David Lekgwathi

According to the recent employment report, the South African unemployment rate increased to 27.7 percent in the first quarter of 2017 from 26.5 percent in the previous period. The number of unemployed persons rose by 433 thousand to 6.2 million, the highest since at least 2001. Employment went up by 144 thousand to 16.2 million. Job gains occurred in the formal non-agricultural sector (181 thousand) and in private households (21 thousand) but losses were recorded in the informal sector (-14 thousand) and in agriculture (-44 thousand). The labour force increased by 577 thousand to 22.42 million and those detached from it fell by 421 thousand to 14.63 million.

Dozens of concerned South African youth including Activators shared their views on the best ways the country can avert further precarious economic spiral and job losses.

Cape Town based entrepreneur and social change driver, Thembinkosi Matika accepts that the recent economic downgrade is one of the major setbacks this country has ever dealt with. The optimistic Activator is convinced that all is not lost. According to Matika, there are countless innovative, efficient and effective strategies that young people can use to address the national unemployment crises.

“Every family, community, region and country’s wealth is always in its immediate inhabitants. Powerful companies and countries are where they are now economically because they perfected investment in people. Therefore my primary suggestion is that South Africa should immediately set up independent platforms that will enable skill transfers, business collaboration and economic peer empowerment. As young people we have countless skills, resources, networks, talents and power. These things alone can help us as youth in creating employment, transforming the national economic agenda. Life has over and over again, taught us that human kind has the potential and power to rise above crises. We too as the country will, can and should overcome this one.

Collaboration is the only solution

Northern Cape based social change driver and entrepreneur, German Jacobs who often creates jobs for financially smart and economical savvy graduates believes that access to markets for the majority of emerging entrepreneurs is one major job creation barrier. According to Jacobs, collaboration among key stakeholders like government, civil society organisations and business sector.

“Government should adopt a policy which indicates that government departments should make more use of local entrepreneurs in their prospective areas than using outside provinces. On the other hand, society must start to support their immediate job creators by buying or rendering each others services. This will help job creators to generate and increase their capital reserves and ultimately create more jobs.”

Political instability an immediate threat that must be addressed

Kwazulu Natal based social change driver and creative arts convenor, Silindile Lokishi Martin believe that the country’s unemployment crises can be attributed to the current national visionless and self-centred political leadership that needs to be changed.

“South Africa is very rich only for the economic elite who by the way we can’t completely blame for the current unemployment. The real culprits for all this mess are the corrupt sell out political puppets. Their normalised nepotism is crippling everything. The first solution is to get rid of them and fix our education. Our education must now stop creating job seekers but competent entrepreneurs and skilled self-sustaining minded graduates. Our desired employment solutions will only be realised when we have addressed these key social challenges.”

“Youth unemployment should not be viewed as an isolated economical challenge but rather as one of many things that this country’s old age socio-economic system has failed and will continue to do so if we don’t do anything about it. By the way, I also don’t believe the formal sector is going to provide the levels of employment we need to effectively address unemployment in this country. The young unemployed people need to be at the forefront of micro-jobbing systems. That system must offer relevant real, job market experience opportunities for our youth to earn an income while studying. This is very much possible. In fact, this purely depends on business sector willingness and commitment,’’ said Mackenzie

While addressing global business and economic world business executives and diplomats at the World Economic Forum in Davos earlier this year, President Jacob  Zuma admitted that the country is struggling to deal with the growing unemployment rate of young people. President Zuma pleaded with world economic powers to support and invest in South Africa for job creation initiatives. 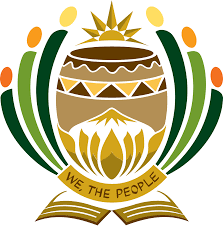 By Lwazi Nongauza Youth employment, emerging small medium enterprises funding and improving the national education system are among some of the youth demands to the…

According to Statistics South Africa 24.9 million people on the voters roll and approximately 9.1 million eligible voters are not registered more than 80% of these below the age of 35.