Close to a hundred Activators from the Eastern cape gathered at the Beacon Bay Country Club on the 20 July in East London. The intention was to reflect and chart a way forward on the current statistics; real-life experiences, as well as blueprint approaches by government and civil society on the under-reporting of violent crimes in South Africa. South Africa has one of the highest incidences of rape in the world. South African Police Service (SAPS) statistics suggest that someone is raped every 35 seconds, but according to the National Institute for Crime Prevention and Rehabilitation (NICRO) only one in 20 rape cases is reported to the SAPS. 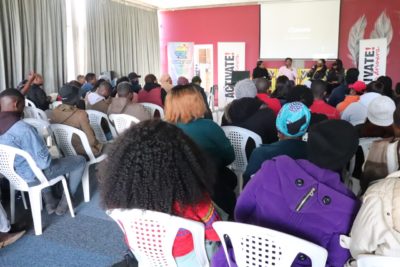 ACTIVATE! Change Drivers was joined by stakeholders who formed the panel that steered the conversation for the day. The Panelists included  Sibonele Ncanana from the Provincial Task Team of Hate Crimes Working Group; Phiwe Ngcingi from the Eastern Cape Paralegal Network Alliance and Aviwe Mbutye from Sex Workers Education and Advocacy Taskforce  (SWEAT).

The coordinator of ACTIVATE!’s Interconnectedness and inclusivity sector, Nkokheli Mankayi kickstarted the session with a warm welcoming and provided context for the day. “We’ve had this conversation in five other provinces, before that, we had held numerous hackathons. This Imbizo is ideally looking at solutions. This is a solutions space, it is time for action!” Nkokheli Mankayi exclaimed.

The panel discussion then commenced straight after, and it was moderated by Yolokazi Mfuto. Aviwe Mbutye from SWEAT began explaining that there is a difference between sex work and prostitution. She said, “Prostitution is when an underage child has sex in exchange for money, secondly it is when a woman is trafficked and forced to have sex.” She further explained how hard it is for a sex worker to report a violent crime because they are constantly asked: “how does a sex worker get raped?” 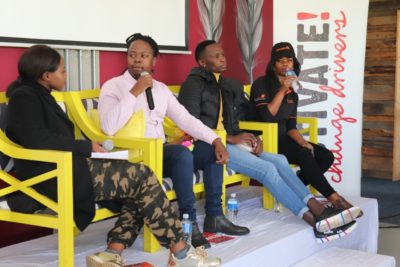 Sibonelo Ncanana and Phiwe Ngcingi added that the police are the beneficiaries and gatekeepers of the patriarchy that is causing problems in society. The panel fueled the conversation by their several inputs, and right after that hands were in the air as Activators had multiple questions and suggestions for the panel. A question arose from the floor which asked, “How is sex work a crime? Whereas sexual intercourse is legal and so is the exchange of money. Is it a matter of legality or morality?”

Activators were then divided into commissions namely the cultural commission and the religious commission. The reason why there was a need for these commissions was that in a cultural institution when a child is raped; a goat is slaughtered, old family members are gathered and the crime is not reported. In a religious institution, a child is raped and told to pray about it. Both of these institutions were framed in this manner because they are partly responsible for the under-reporting of these crimes, yet they also hold the potential to be responsible for the reporting of these violent crimes.

The groups then went back into the space and had to report on their findings. The cultural commission reported to plenary that we need to change the way in which culture is perceived. They stated that we are the creators of culture and that it is not static but evolves over time. They reported that we are culture and that it is not something of the past. This implies that we can always unlearn old ways and learn new ways. The religious commission reported that the manner in which religious institutions are approached should change and it also reported that the religious institution structures should not be antagonized. 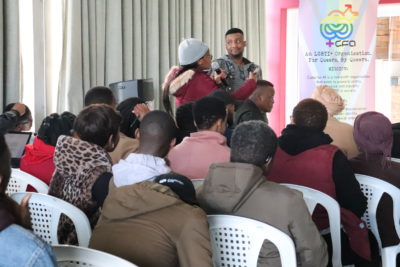 Under reporting of violent crimes in South Africa is not just about the police and the justice system, it is about different institutions working collaboratively together. What has emerged from the Imbizo is that there is a trust deficit between the community and the justice system.Social identity is a major hurdle because, it seems,  certain bodies embody certain values and others don’t. The disempowered are less likely to report a violent crime. In South Africa an African sex worker is less likely to report rape and a gay African man with albinism is also less likely to report because they both have stigma attached to them, culturally and religiously. This is why it is important to work collaboratively as civil society and young people to fight the under reporting of violent crimes.

We are constantly blamed for being raped, that it is our fault; we asked for it. No one sits and ask themselves how we manage to cope with all of this. 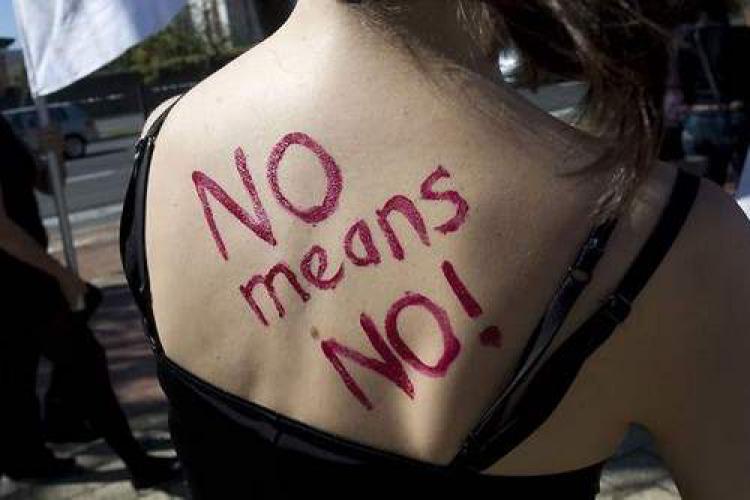 Following the trending case of Xola and Kamvelihle #WeBelieveYou, Kay-Dee Mashile writes that society must educate young men from as early as preschool on how to treat women. The same way little girls are taught to cover up, little boys must be taught to respect women.