Thulisile Bhunda is a 24 year old female from Kwaggafontein, KwaNdebele in Mpumalanga. She is currently doing her Masters in Indigenous Knowledge Systems at the North West University, Mafikeng campus. She believes that she was born a leader and that it is her responsibility to change the world into a better place.

Why did you decide to be part of the ACTIVATE! Network?

What did you enjoy the most about training?

Team work in every task we were given and also learning from other Activators.

How has training helped you or changed your perspective?

I have gained so much knowledge that will assist me in projects I am involved in and also give me ideas on how to improve the way I have been doing things.

What do you think the role of the youth is in developing the country?

Good education which can even assist in transforming the economy of the country.

What is your field of interest?

How would you like to drive change in your community?

Through tutoring programmes and career guidance

Now that you have completed training, how do you plan to keep active in the network?

What are your plans for this year?

Continue with my studies and be part of the projects I have been working on.

In 2016 Thulisile was nominated to go and represent the North West University in South Korea. She was chosen because of her academic excellence and leadership skills. In South korea, she participated in the global walk, conference, and community work. The North West University is the first university to have the IKS programme in the entire continent and about 2012 in was declared as science and technology by the institution and went to the faculty of agriculture, science and technology in 2013. In 2013, first year student came and Thulisile was a part of them. On the 24th of April 2017, these students graduated but only one of them got a distinction and that is Thulisile Bhuda. This makes her the first student not only in the country but in the continent to graduate with a distinction since IKS was declared as science and technology. There are currently universities that offer IKS such as University and UKZN but the North West University has the first graduates in the entire continent. This young lady she is also a member of the golden key international society that only recognizing 15% top students in every university and invite them to be members. The gold belt and rope on her neck represent academic excellence from the Golden key international honour society since she is a member. Thulisile was raised by a single parent and grandmother. She grew up in a happy home and decided to be a believer at the age of 14. Prayer is her strongest weapon to conquer and the church family has always supported her. She is currently a junior lecturer at her university, lecturing ethno-mathematics. This young lady believes that indigenous knowledge is the future and it was a calling to her in order to promote it, preserve it and disseminate it. She is interested in doing a PhD in Indigenous Knowledge systems with a thesis in geometry within the cultural life of the Ndebele people. 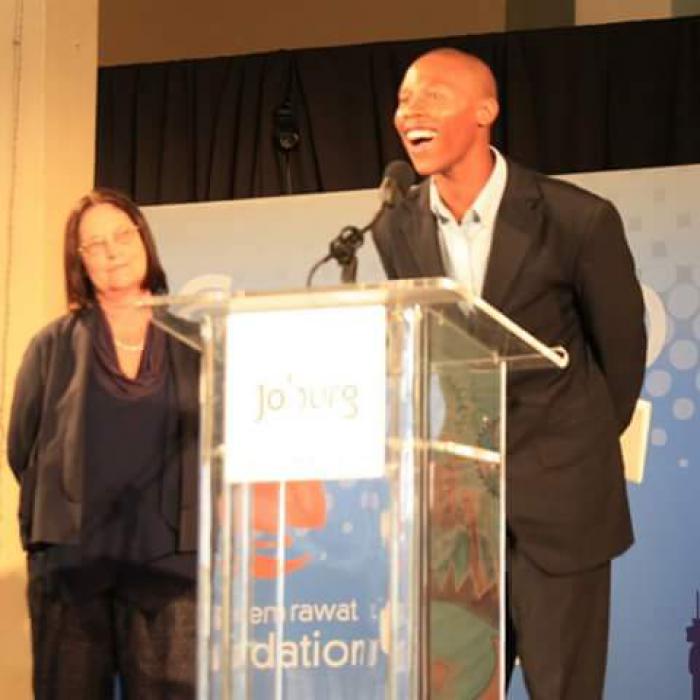