“Have you ever seen a gay member of parliament?” *Zazi asked impassionately. I rummaged through my memory to see if a name came up and to my own recollection…dololo! He went on to ask, “Is it is because being gay makes me any less capable?” I knew the answer was no, it’s more about conformity than capacity. As a heterosexual female I could not answer for a society of people who infantilise and oppress someone because of who they are attracted to and how they identify. I was confronted and giddy because for the first time I had to take responsibility for a collective. Why is it that the LGBTIAQ+ (Lesbian, Gay, Bisexual, Transgender, Intersex, Asexual, Queer) folk have not seemingly enjoyed equal right of contestation in leadership spaces – be it politics, religion or culture? 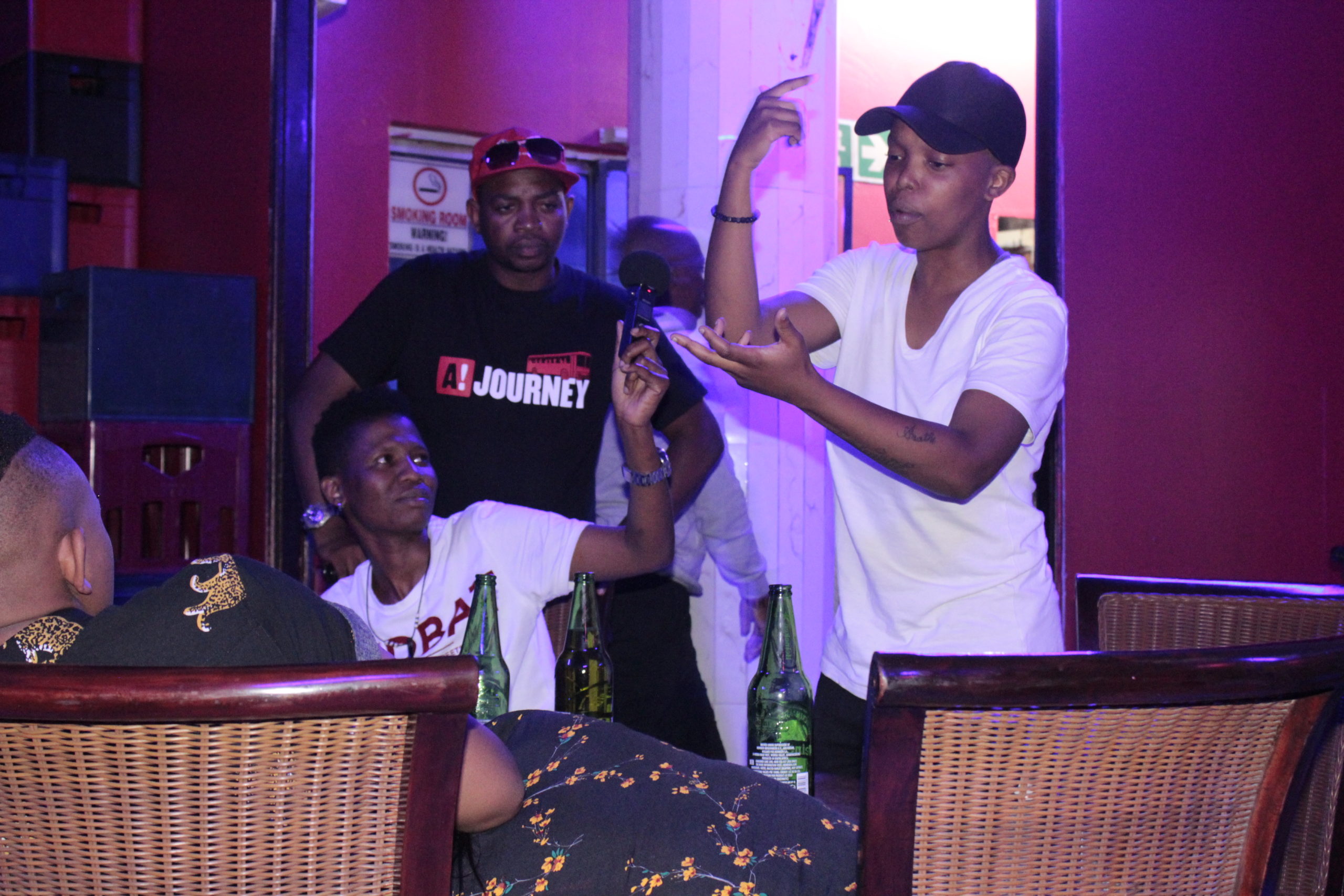 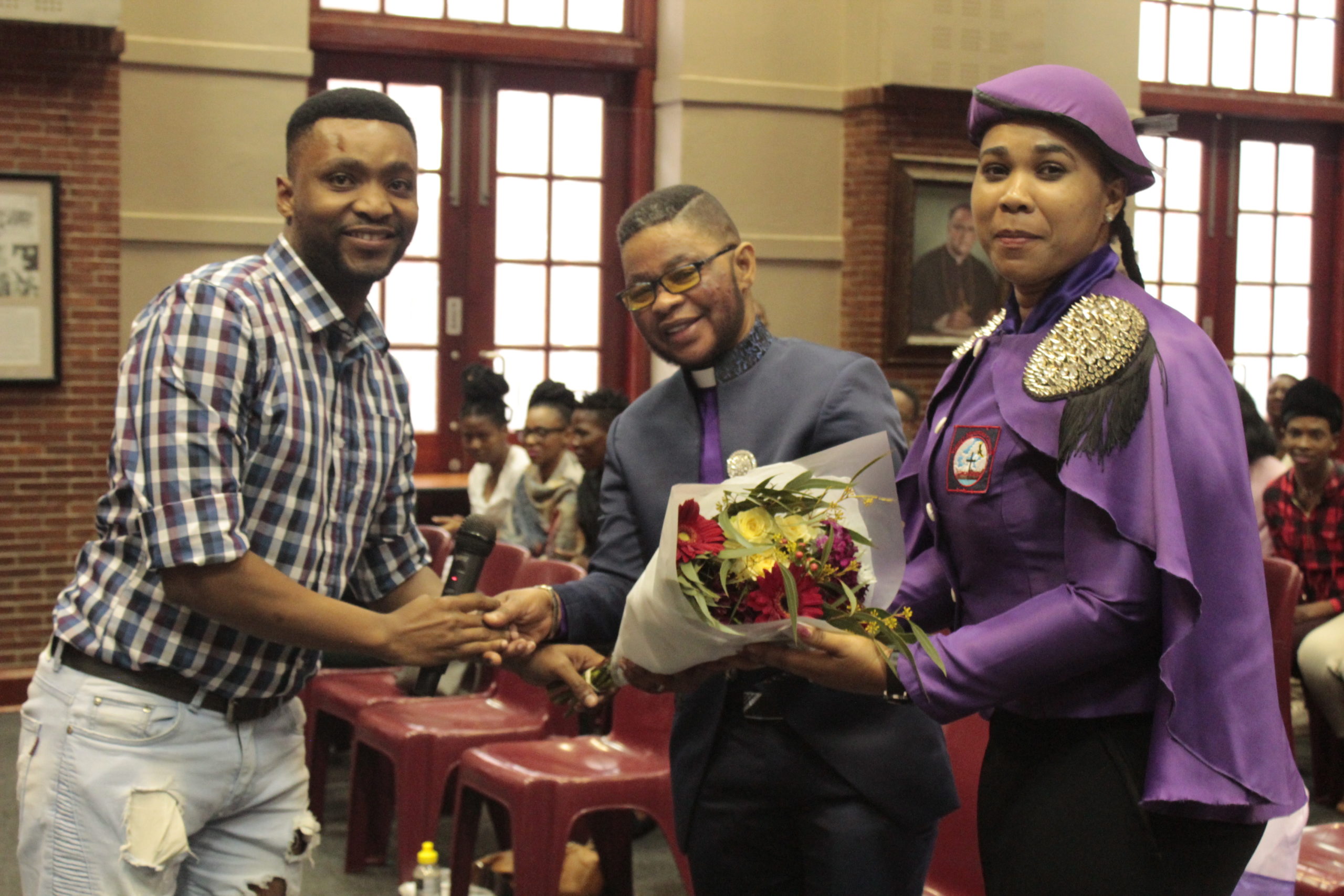 On the 6th of October, as part of the Phila Festival (Healthy Lifestyle camp) patrones, we visited a church at the Diakonia Centre in Durban. The brief was, as part of the ACTIVATE!’s focus on  Interconnectedness and Inclusivity, we needed to go to where marginalised communities were to share their knowledge and to share our tools (and knowledge in the areas of Sexual and Reproductive Health Rights, Gender Based Violence, campaigning and Youth Against Aids programming) in hopes of recruiting them into the network. Here we were, in what was described to us as an LGBTIAQ+ friendly church, which Prophet Zungu termed “an inclusive  church” and not only for queer folk. What I must mention is that Prophet Zungu is a transgender man. Why is this important? Here was the future of inclusivity staring us in the face dressed in purple and black, which incidentally is the church’s uniform.

Perhaps the bigger question is: Why is it that Prophet Zungu must be in a “specialised church” to lead? Clearly, he has the capacity as demonstrated by the church following he enjoys.

We went from the church to the club. Club 58 in the heart of Durban is also known as a “gay club” maybe because it is frequented by members of the LGBTIAQ+ or was it a disconnect in a society that “others” anyone who is “different”. In the club, we spoke about  the community feeling unsafe outside of “affirming” churches and clubs and also being treated like merchandise by civil society organisations that claim to be allies. The conversation of safety was significantly about institutions of higher learning and places of work and there is consensus that student leadership and management roles lack equal representation. Inclusivity cannot be a buzzword, it must be a lived experience. In my conversation with Zazi, I asked: “whose responsibility is to open the silos and foster connectedness?”. To which he responded, “Angazi. Engikwaziyo ukuthi angifuni kulahlekelwa isithunzi sami (I don’t know. I don’t want  to lose self-respect) trying to be the go-between. It is very cold outside this bar. It needs to be you and I. Is that not interconnectedness?” As a network of leaders we are charged to interrogate what inclusivity means as we interact and work with marginalised communities. Someone once said “Inclusion is not only about physical proximity, it is about intentionally planning for the success of all.”

*Zazi is a high school teacher and Masters student at the University of KwaZulu Natal, he identifies as a gay man and spent time with me when we visited Club 58.

For the record, this is not about #OrlandoShooting, this is about the ‘daily discriminatory shooting’ that the Lesbian, Gay, Bisexual, Transgender, Intersex and Queer (LGBTIQ+)…