The world as we know it is a vast surface inhabited by humans and the animal kingdom, along with other life forms. Inhabitation of this planet is characterized by some pre-conceived beliefs, cultures and morals, at its fundamental core is the human being who is or has been believed to have dominion over all that is and all that is to be.

You might wonder what all this has to do with the effects and cause of poverty, let’s start by a fundamental understanding of the word poverty, “It is a state in which resources, usually material but sometimes cultural are lacking ,it is generally determined by standards that exist within a society and its measure differs from place to place, from time to time,” according to the Oxford dictionary of sociology.

Meanwhile the United Nations defines Poverty as the inability to have a choice and opportunities, a violation of human dignity. It means a lack of basic capacity to participate effectively in a society and continues to elaborate. With the understanding of the aforementioned definitions, humans are the root cause to poverty because of their, “devine dominion over all that is and all that is to be.”

What is poverty? Is it a measure of one’s economic standing? Is it a yard stick from which we can determine examples of the rich and wealthy from the poor? Is it part of our Constitution? Can nature experience poverty?

We might have answers to these questions, many organisations might define poverty in many ways than one and “resources”can be spent trying to understand poverty and how we can “alleviate” it.

The effects of poverty

While the effects of poverty are not limited to this, it seems as though modern society and the world as we know it thrives on this economic dysfunction called poverty. Great business models have surfaced and are sustained because of the existence of poverty, can we then prioritise poverty alleviation? Or is it another cog in the systematic circle of life?

The understanding of poverty requires a very profound and introspective look as poverty is available in different levels of life, the poverty stricken as a collective serve as economic value to the world and it’s monetary systems. At a certain level, poverty is needed to sustain the rich and wealthy and their businesses.

The guy who works the production line at a factory and earns enough just to live until the next day, losing his employment would mean dire consequences for him and his family. He has no option but to go and put money back in the pockets of his employer by purchasing food from him to sustain his life. With no one in his family to break this cycle it means poverty is generational. Such views oust the one born rich or wealthy even those with a good heart for they can do nothing but continue the cycle.

This raises the question, is the world sufficient enough for us all? With overpopulation commonly cited as one of the contributors of poverty in the world, my opinion is this view is skewed because had the mother giving birth been in a better economical position initially then they would be able to provide for their offspring.

A lack knowledge is one of the major causes of poverty, the inability to formulate new concepts further stricken societies with poverty and dependency syndromes thrive when we can no longer trust in our own abilities. Today’s world contributes vastly to this phenomenon and have formed new models to cater to it I.e. Foreign aid, NGO’s and other bodies that are positioned to help but also create dependency and entitlement (whatever happened to teaching a man to fish?).

Poverty is a continuous problem that generations will try to solve while others make more money from it. Poverty is rich and wealthy- that is how the few can maintain their wealth.

Considering all the above, this might be too much to ask of the poor, but we must look within if we’re to find solutions to poverty. Africa as an example is filled with western facilities and systems and some help to manufacture poverty while others equip on how to alleviate it.

When we start to use these institutions, facilities and systems to find our identity first then we can grow not to maintain a worldly view but to gradually instill our own signature in every African child. When we acquire the wealth of knowledge the world and the universe has to offer and pass it down to the next generation leaving them with tools for continued life progression and growth in prosperity not poverty, that is the only way we can break the cycle.

Finding our identity and serving our purpose is the ultimate key, the fight against poverty is simply that, “a fight” this means poverty fights back, we can choose not to fight. If poverty is fundamentally about a lack of, well let us not focus on the latter but focus on what we have, the Mind and its consciousness.

On the other side of poverty is our schools that promote our culture, our identity, a detailed recording of who we are and what we represent written in our own language and terms, our own architecture and stories of our own superheroes and all this lies beyond our mental state of poverty. 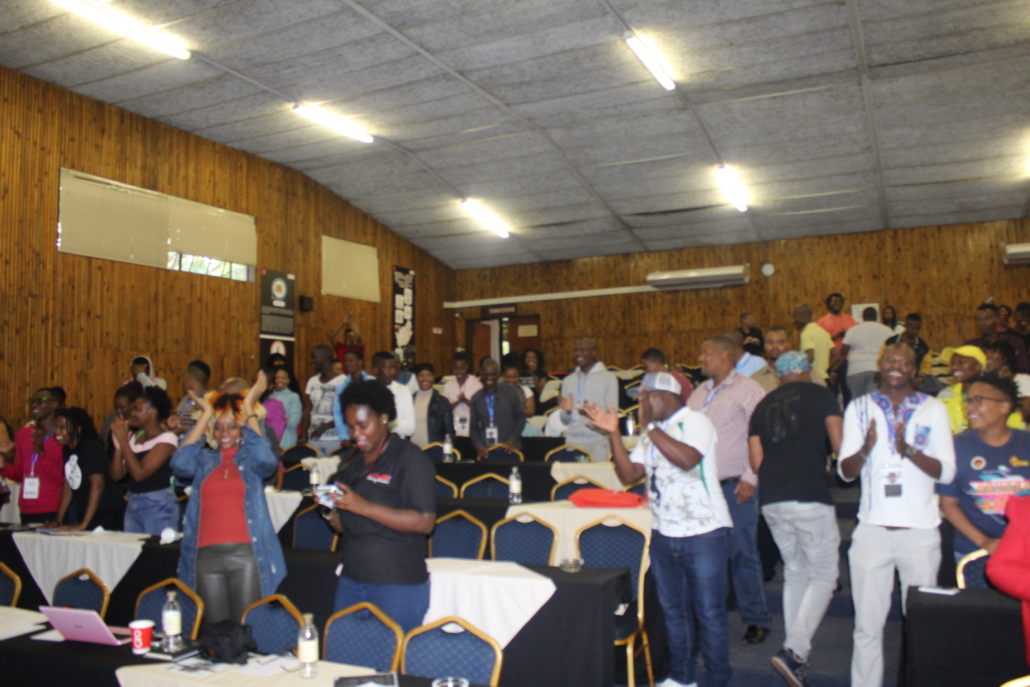