“The issue of adolescent Sexual Reproductive Health and Rights is not just one about information; it is fundamentally enlaced with intersectional issues of social justice, finances and poverty alleviation. So in dissecting the issue of Global Commitments, Local Actions, these external influences ought to be considered”, these are the words I used when addressing an international audience at the International Conference on Family Planning (#ICFP2016) , which took place in Bali, Indonesia just a week ago. Meanwhile, my own country is contradicting this statement.

I would like to start by highlighting the two main Sustainable Development Goals (SDGs) in this regard: Goal 4: Ensure inclusive and quality education for all and promote lifelong learning

Goal 5: Achieve gender equality and empower all women and girls.

None of the above says anything about restricted access to education, nor does it speak to conditions to equality. I’m putting all of this together because I am attempting to decipher where the issue of virginity testing to access bursaries comes in. I am failing dismally.

First of all, not that this is of any relevance really, but the accuracy levels of virginity testing are declining due to the fact that an intact or broken hymen is not related to sexual activity in modern times. The hymen could be torn by other forms of physical activity and many young girls, particularly those strongly affected by the culture of virginity testing, resort to other forms of sexual activity, such as anal sex. These forms of sexual activity are a higher risk of getting infected with Sexually Transmitted Infections if necessary prevention methods are not taken into account, which is rarely the case considering the lack of sexual health knowledge amongst young people. So, inasmuch as this strategy is already violating young women’s rights, it is still not accurate or considerate of external factors that may affect their so called “deserving beneficiaries”.

Secondly, in addressing the issue of gender equality. Is it just women that need to get tested and remain celibate? This question spreads across all religious, cultural, and social groups. Why is it only females that are under the pressure of not having sex to a point where they might lose out on accessing their future through education? Where is the male responsibility in all of this? Also, if celibacy is not a woman’s choice, where is their agency to decide what they want to do with their bodies?and who are we to contest their decision?

Women have been, for so many years, oppressed psychologically and have understood themselves as servants and not agents of their own being. This has been evident professionally, economically, socially and sexually. We cannot be having policies, departments, research papers, pledges and commitments that speaks to women’s rights and gender equality but we fail to take basic steps of understanding women as individuals with their own identity and desire to do what they want, when they want to do it.  I am so sick of this nonsense of using gender equality, feminism, women empowerment as buzz words for people to look good and not necessarily implement such in their spaces. It FRUSTRATES ME TO THE CORE! Why the hell aren’t young boys included in this? Are we doing it for women or to continue the sense of entitlement instilled in men; thinking they own a woman’s body and that they deserve it as ‘complete’ it is, regardless of their lifestyle? What the flying fish!

I watched an online television program called Women on Sex. The first episode speaks to virginity, and the first lady to comment speaks about how “it is a thing of joy for the man to meet you at ‘home’ meaning that until that night, it is your husband that will ‘deflower’ you”.  The first problem is the use of the term ‘deflower’ to add value to something that does not define a woman in attempt to steal away her dignity.  And it is joy for who? The husband, the family, the community. Where is the woman, who is the owner of the body, in this case? Nothing about us without us!

Abstinence is the best prevention strategy against unplanned pregnancies and STIs yes, but it is a preference of one’s sexual lifestyle. It should be a choice, and should be what I decide to do for myself and not for anyone else. Understanding that will be the first step towards achieving the above mentioned SDGs in this context.

Young girls who want to explore their sexual lifestyle end up rushing into marriage because they are afraid of being ‘demoted from pure womanhood’. This results in so many more expectations and ideas that continue to define who they are.

We speak about women empowerment in academic and professional spaces. If we deny them the education, which is one of the major constituents to breaking glass ceilings (because women still need to prove themselves by working twice as hard), how do we expect “empowerment, growth and development for women and girls”? Let us be realistic in the implementation strategies when setting goals for a better system.

As we approach the State of The Nations Address, we need to look forward to how our president will respond to such. These are conversations that should take place at parliamentary level. I am curious to hear what will come from the address in this regard.

So to sum it all up, I am encouraging you to fight. Take a stand and speak for your sister, you friend, your girl. Take a stand for the young woman who cannot speak for herself. If you cannot do it with what you have- find people who can and make them do it. As young individuals we carry so much power. Let us use it. The chorus on the sub-header is from a song by Otuck Williams, who is an artist and was one of the delegates at the ICFP 2016 conference. Share it, live it. You are also encouraged to support Amandla.mobi and the Sexual Reproductive Justice Coalition by signing the petition against virginity testing for bursaries here. 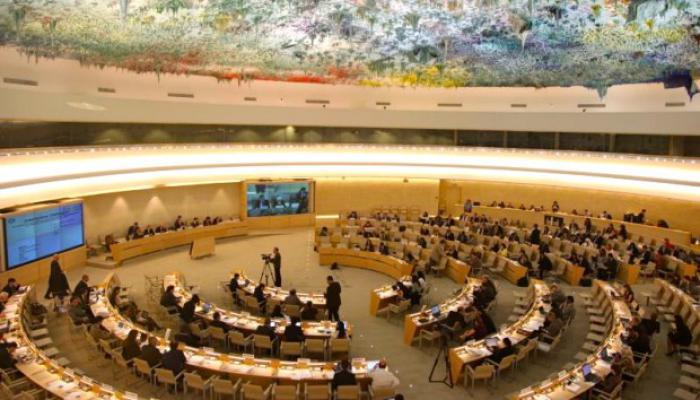 Activator Nomtika Mjwana explores why young people are so far removed from essential decision-making platforms. No young people are present in these conversations that directly violate their rights.

Nomtika reflects on the many important issues facing girls and young women, and how these need to be addressed far beyond 01 December.