On 14 August 2015, young people gathered at the Manila Bar on corner of Longmarket and Long Street for the launch and first event of One Blood. From outside, seeing the neon lights flashing, hearing the loud voices and music escaping through the open window on the third floor, one could have dismissed this party as one of the many that take place in the city of Cape Town on weekends. However they would have been wrong, something with much more purpose was going on here, a party with a purpose. These young people gathered here were not only concerned about a good time but a good cause. They had come to witness the launch of One Blood.

One Blood is a campaign aimed at bringing a diverse group of people together in order to eradicate fear and create a more accepting society. Talking to Matt and Tom, the two organisers of the event and the brains behind One Blood, the campaigns intentions are not doubtful.

“We want to connect people, both physically and through dialogue” Matt says.

One Blood works within the bigger umbrella that is Activate, a network of young leaders equipped to drive change for the public good across South Africa.

One might have questioned the idea to hold One Blood’s first event at a club on Long Street but from the musical programme that was punctuated with short speeches from Matt and Tom, the games that encouraged complete strangers to talk to one another and to physically connect by holding hands, it was clear that the young were not only going to dance and sign but connect as per the mantra for One Blood campaign.

On the wall, there is a poster that poses the central question about the event, “Is music and dance a good way to connect with people?”

Lunghelo Mlati, one of the many young people that had come to the event, answers the question the wall poised at everyone who was present at the event “It’s possible to drive change without removing any normal elements, what’s important is the approach”

The Activate! Programme, the umbrella to which One Blood was started, supports young leaders to hone their abilities and to step up to tackle some of toughest problems facing their communities around the country.

Choosing the musicians to perform at the event was a decision not taken lightly. The artist’s politics and lyrics were considered before they were chosen to perform. Their message had to echo the One Blood’s objectives. And it did, Poetics rapped about knowledge and tolerance, Young Folks sang about the bright possibilities of the new South Africa, and Los Tacos, consist of musicians from different background that the initiative to promote togetherness amongst people is embodied in their band membership.

The other artist that performed was Warongx, who whilst beaming with a smile told me that “It is not about money today but connecting with people”

Cape Town is largely known for its lack of inclusivity and Warongx is aware of this. They pointed out that such an initiative should be extended to the township. The organisers are aware of this are making plans to do exactly this, take the initiative’s events to marginalised communities. In fact, Tom told me, the next event will be hosted in Langa.

The One Blood campaign began after the latest spate of Xenophobic attacks that occurred around the country. At first, they had planned a flash mob but Matt and Tom thought instead that it was worth starting a campaign, something that was going to unravel over time and not only happen once.

This is exactly what this country needs, a campaign against Xenophobia that understands that Xenophobia is not an overnight sensation, that people do not go to bed with love for their African brothers and sisters and wake up hating them the next morning. These feelings build up over time, build up in the time when the attacks are not happening and then burst into bloody attacks.

A campaign like One Blood then is not a reactionary response to Xenophobia but an everyday philosophy that the young people can live by.

The spirit of a good party still lingered in the venue, even with the huge responsibility that was being tackled here, someone shouted “The night is young”

Throughout the night, from both Matt and Tom and the bands that performed there, kept spreading the common concept of One Blood, connecting people.

“One Blood aims to connect SA citizens from all different backgrounds (racial, ethnic & cultural) by getting to know individuals on a deeper level thus creating a bond between strangers and eradicating fear amongst them” the One Blood Facebook page reads.

The objectives of the campaign include transformation, connectivity, youth in action/solidarity, changing attitudes towards foreigners, create sense of belonging, provide a basic human need and promote Human Rights.

By the time the night came to an end, with the young people exhausted from dancing, screaming but their mind set also changed about how and what they can do to make this world a better place, One Blood had answered the question about how does one get to young people and talk to them.

Lunghelo Mlati, an attendee, answered my question about whether the youth can lead the country forward by simply saying ”If not the youth then who, to be honest we are the future.”

The best thing that was said that night came from the lead vocalist of Young Folks, a rock band from Stellenbosch, “There is a lot of hope in South Africa” he said. 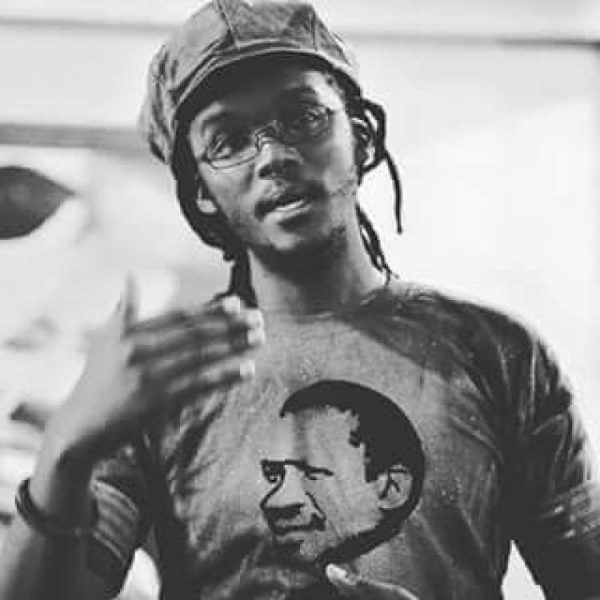 It is with great sorrow and broken hearts that the students of the University of the Free State, and the rest of Azania, say goodbye to a freedom fighter our time. The sharp knife of Philela Gilwa’s short life cuts very deep and calls to young leaders to continue where he left off. Philela will surely be missed, yet his words and works will definitely outlive him!

Lala ngo xolo Son of the Soil! ‘Till we meet again…

Sincerest condolences to his family, friends and comrades.

From 2007 to 2008, Khuzwayo joined the German-based dance group, Afrika-Afrika, which saw him performing alongside top international dancers throughout Germany…