On the 31st of July, ACTIVATE! Leadership Gauteng branch reiterated its commitment of helping Activators by launching the first semi equipped connecting stations at the Braamfontein head office.

The station was officially opened by Inland Nodal co-ordinator, Tebogo Suping. A number of audacious Activators from around Johannesburg and Pretoria defied cold conditions and attended the well-planned event.

The station has free internet Wifi, basic stationery and other basic useful amenities. Activators can use the multi-purpose station as the meeting space, developing their projects and Activator focus group workshops.

According Suping, the station is one of the “Going Beyond” project that ACTIVATE! support system committed to set up in a bid to help Activators. According to Suping, besides the “Going Beyond” promise, ACTIVATE! noticed that there were number social change drivers who were trying their best to get their projects off the ground but didn’t have resources, office space and professional meeting spaces. That is where the idea of transforming existing spaces like libraries rooms, internet cafes, vacant safe usable buildings into stations.

She said, “As the organization we noticed Activators struggles and heard their cries. We have seen most of you trying your best but at times the odds were too much for some of you. As caring family we couldn’t just sit and watch. It was clear that something needed to be done. That is how the idea of the Station came about. Fortunately, the Braamfontein Office had a spare room that was not being used and it was ideal because it already had resources such as Wifi and phones for Activators to use.”

Gauteng team leader Ise-Lu Moller said the station central location is one of the most things they look at before they decided to open the station. Moller encouraged Activators to take advantage of what the station offers.

She said “Guys, this station was started to serve you and try to meet you halfway in your quests. So use it efficiently and effectively. Take this space as your other home. It doesn’t have to be ACTIVATE! projects. Those who are studying can use it as the study facility or anything that will contribute in your development as Activators.”

She also urged to donate any useful tools, books, games and everything that will make the space more homely and lovely place to work on.

Activators who attended the launch applauded the organization, ACTIVATE! for opening launching

Centurion-based social change drive and co-founding member of Olieven Academic Annual Awards Mufamadi Duncan said “The location of the Station is convenient for activate leaders to meet up and have access to information and Wi-Fi.”Educate South Africa (ESA) and Successful and Accessible (S&A) member and Activator, Modiehi Jacinta Chere said the station launch showed that Activate Leadership really cares about youth of South Africa. “Activate Leadership has just proved that what they practice what they preach to us. The fact that this station is meant to benefit at their expense means that they really want us and our project to prosper and that has to be commended”A coordinator at Educate South Africa University of Johannesburg society and Activator, Mohamed Mosala applauded Activate Leadership Gauteng branch for opening such a development platform. “It is a great initiative. Many Activators who don’t have access to what the station is offering. I strongly believe that the station will help us, as Activators in turning our ideas into action. I am going to use station as my resource centre, planning projects facility and holding business meetings. We need more of these stations all over South Africa.”A Soweto based peer educator and social change driver, Lerato Mokopanela, also commended for opening the station. She said the space will be beneficiary for her and many of her fellow activators working on the same projects. “The station will be really helpful to us as Activators. The luxury of free Wi-Fi is going to help me a lot with online research. Most importantly, the station will enable me to have a working place without having to stress about paying rent as is the biggest challenge for us as change drivers.”Gauteng Connector Bongi Ndlovukazi said Activators have to be aware that stations have rules that have to be adhered to all the times. These rules include: “Keeping the station neat. Activators are responsible for everything in the station. If you book the venue for meetings, minimize the noise level at all times. No books or any items can be removed from station but feel free to use them while you are in the station and most importantly, Activators have to book the space in advance which can be done via trainers and Gauteng Connector”

The dates for other station launch around the province will be announced soon.

Just as the network of Activators has been growing steadily. So has the team that supports the network. It, therefore, made sense that a move was necessary to fit everyone comfortably. 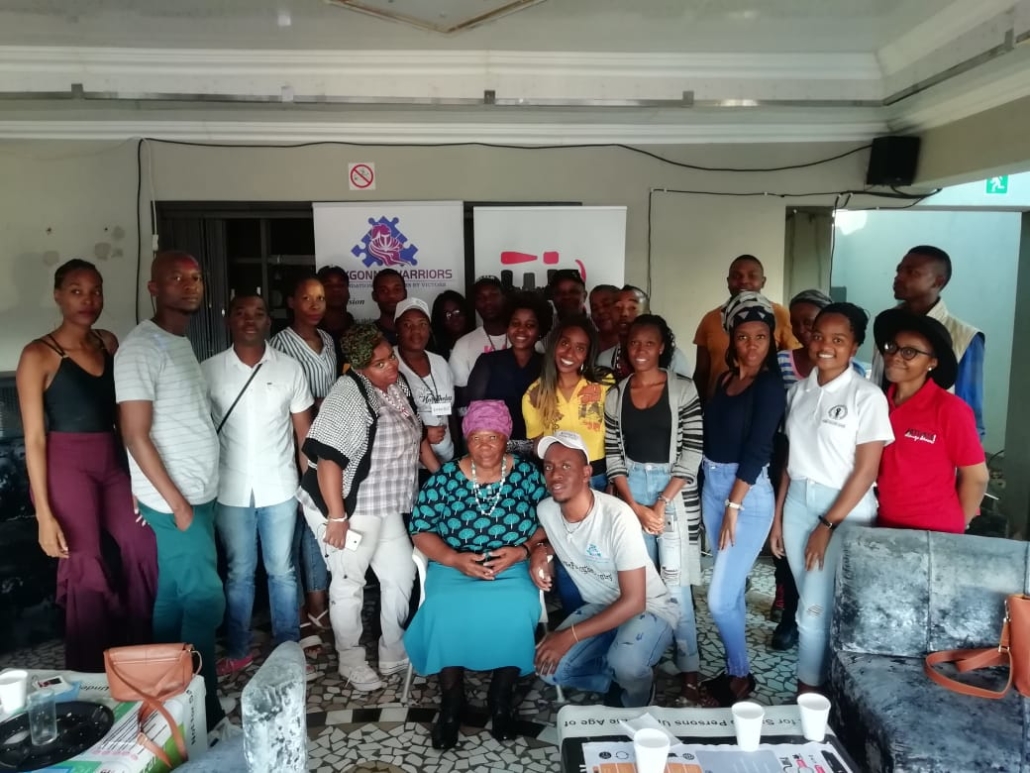 By Paul Mabote No doubt, South African youth have massive potential to formulate solutions to some of the most serious social issues today. Often, the…