Xenophobia has once again become a hot topic in South Africa. This is right after a series of violent attacks targeted specifically at foreign nationals erupted in parts of Gauteng. Residents from Rosettenville accused foreign nationals of trading illegal drugs and enforcing prostitution. Following this were homes and businesses, belonging to Nigerians, being set ablaze.

In Mamelodi, residents led an anti-immigrant march to express their disapproval of the employment of foreign nationals and their alleged illegal occupation of RDP houses. The residents strongly claim that Zimbabweans and Pakistanis are stealing jobs and blocking the development of their community.

Though not yet proven true, these allegations are an indication of how many South Africans view foreign nationals. Nelson Mandela’s prophetic words, “South Africa is for all those who live in it,” are now sadly forgotten. The question is, are our African brothers and sisters, who are just outside our borders, really that bad for wellbeing as South Africans?

According to former minister of Home Affairs, Malusi Gigaba, many foreign nationals make a positive contribution to both our society and economy. In 2015, during a National Assembly discussion on xenophobic attacks, Gigaba reminded South Africans of the significant role that foreign nationals play in enhancing the country’s economic and social status.

“Immigrants contribute towards our country’s economic development by investing in the economy, supplying critical skills including in our health facilities, teaching our children and youth in schools and universities and thus transferring their knowledge and skills to them”, he declared.

The minister also stated that foreign nationals pay tax, meaning that they contribute to country’s national fiscus, while others travel to South Africa to buy groceries to resell in their respective countries.

Findings from a research study conducted by the African Centre for Cities (ACC), which was examining the role of migrant entrepreneurs in the informal economy solidify Gigaba’s claims on foreign nationals. For the study, over 2000 migrant business owners in Cape Town, Johannesburg and other provinces were interviewed to test the myths and stereotypes around migrant economy activity with hard evidence.

The findings revealed that migrant entrepreneurs serviced the needs of poorer consumers who can only access affordable goods, which are often available in sizable quantities; at places and hours mostly convenient to their consumer’s needs.

Also, foreigner-owned businesses are more likely to succeed because foreign nationals usually establish networks and build their way up in the communities they operate and live in. 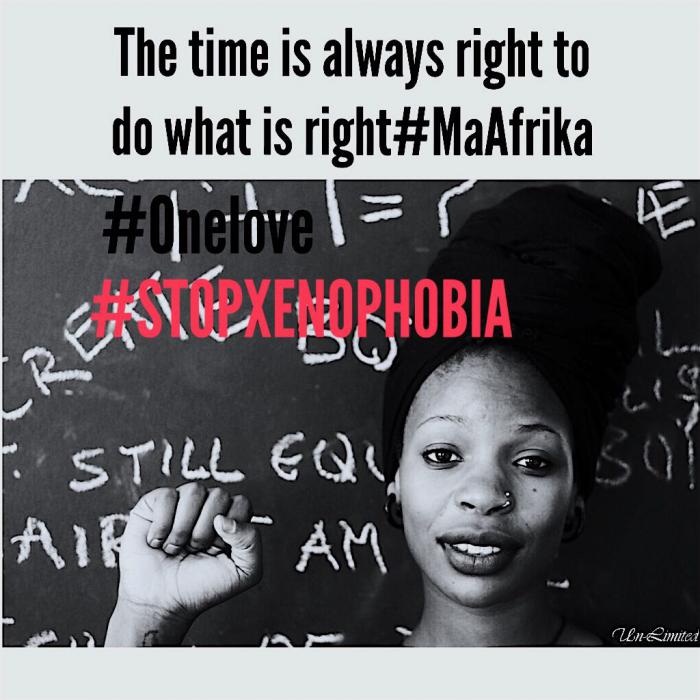 We are a pan-African Womens Storytelling Movement. We connect women from different parts of Africa, building connections and creating awareness of womens contributions, breaking barriers and celebrating the diversity and similarity amongst African women. Through this we facilitate healing.