Per a McKinsey report published last year, the number of female parliamentarians doubled between the years 2000 and 2014 to 24%. With more and more women emerging on the political scene, the number is sure to double again.

The ANC Women’s League declared support earlier last month for Dlamini-Zuma to succeed Jacob Zuma as president of the ANC in December. Zuma himself also showed support for the ANC to be led by a woman and not follow the traditional route of the deputy president, Cyril Ramaphosa, stepping up as the president with the new term.

Is the endorsement a sign that we are ready to change our patriarchal mindset towards political leadership in SA?

Dlamini-Zuma isn’t any ordinary woman in politics, historically speaking. She has been in the South African government leadership since the inception of our democratic government in 1994. She later went on to serve as the chairperson of the AU from 2012 till 2016. Not even some of our strong male leaders have such political leadership experience.

She is arguably qualified to take on the leadership of a whole nation.

So, it is safe to say that we are ready to be led by Dlamini-Zuma, but besides giving females roles in government leadership, what have we done or are we doing to prepare other female presidential aspirants for the role?

We must bear in mind that because of the gender oppression that is still happening in society to this day – some women still believe that they are inferior to men and that leadership positions are meant for men – it is very rare to hear a young girl to say that they want to take on the position of presidency one day.

But for 17 year old Tshegofatso Modiga, being president is the only thing she sees herself as when she is older.

On her Facebook page Ms President, which she created after she reached the friends quota on her personal facebook account, she shares everything she does that’s contributing to her journey to the presidential seat.

Tshegofatso is motivated by the fluctuating South African economy, lack of stability in socio-economic contributing institutions and “the reverse-reaction of a supposed democratic nation”.

Tshegofatso believes that the two most crucial requirements for any presidential candidate is education and experience. She referenced that Mandela was a lawyer and that Mbeki is an economist. After Mbeki’s ousting, she says that people chose to vote for who “they liked” more than who was competent (education and experience) and that was the beginning of our downfall as a country.

“How do we have a minister of HEALTH who is an economist? How do we have a lawyer who was posted to a ministry of Trade and Industry for 10 months and then posted back to Correctional Services? How do we switch 3 Finance Ministers without reason and the economy fall and relapse? I can go on. Does that conclude to lack of direction?’ she asked.

Besides being the head girl at her highschool, Tshegofatso also founded Quest of the conquerors, a non-profit organisation that aims to raise a generation of impact-conscious ladies who will revolutionise Africa, and she is also a motivational speaker that can be booked for events.

“So this is what inspired me to be President: To lead a nation, not based on retrospective events, yet still regards it, but a prospective one. One that doesn’t bother so much about the inconsistency of an economy , but it’s global competitiveness due to it’s radical propelling which I will bring about,’ she concluded.

She wishes to join organisations such as the UN and the AU to bring her one step closer to her presidential chair.

Tshegofatso expressed that she does not have any form of a support structure, even with her relatively large social media following.

Political organisations for the youth such as the African National Congress Youth League (ANCYL), the South African Students Congress (SASCO), the Pan Africanist Student Movement of Azania (PASMA) and the Democratic Alliance Student Organisation (DASO) exists to groom future political leaders for the respective organisations. These organisations give the members a chance to broaden their political knowledge, critical thinking and communication skills as well. Youth as young as 14 can sign up for membership.

Is a membership in such organisations sufficient to groom girls like Tshegofatso who want to enter the male dominated political world and eventually realise her dream to be president? Or do we honestly need to do more as a nation to give young girls a chance to consider presidency as an option for them? 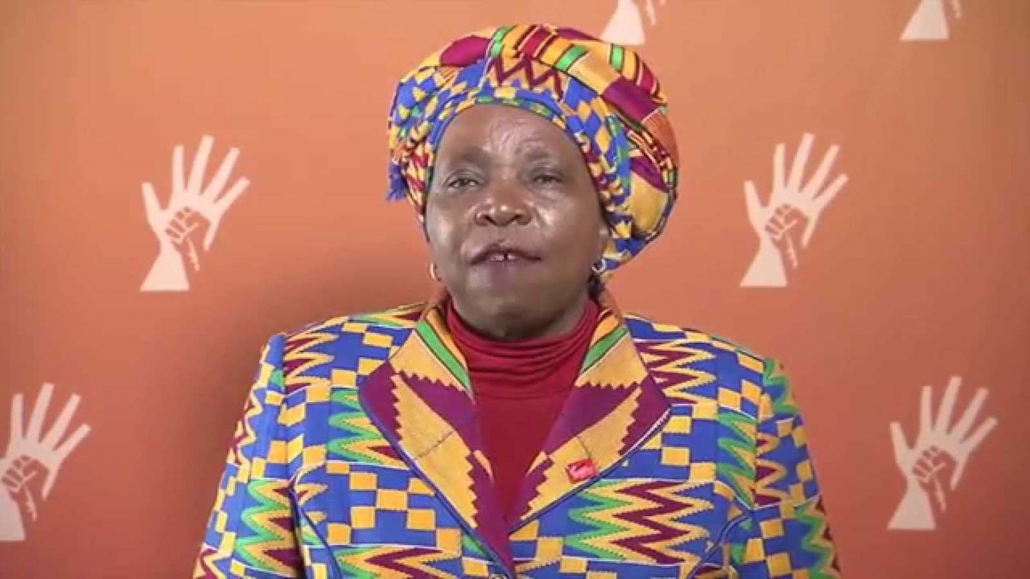 By Kay-Dee Mashile Happy women’s month to all the ladies of South Africa! This month is not only to commemorate the women who made it… 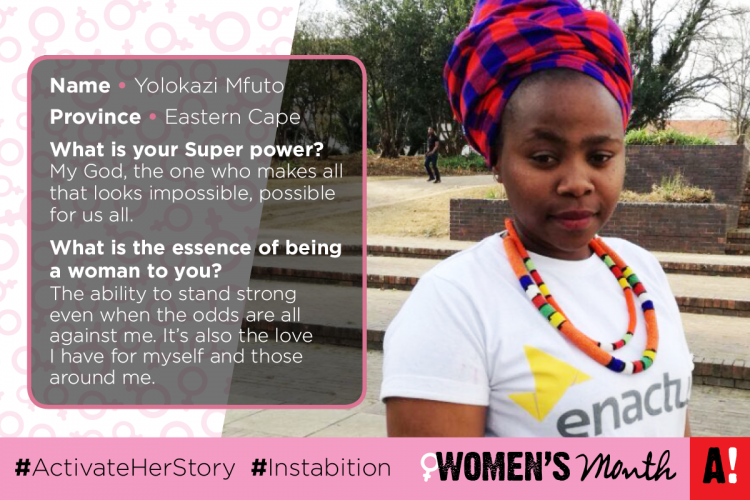