Every generation has one ­ its own qhawekazi, that one of a kind woman. This is a once in a generation woman, she is a ground breaker, a pathfinder, she is that backward never ­ forward ever type of a female. She is inspiring and unearthing the greatness within those surrounding her. She inspires hope where there’s none, a brilliant light penetrating the darkest of chambers.

This is a phenomenal woman who makes things happen, a pillar of strength… a lioness who never backs down in the face of adversity but meets any challenge head on. She always puts up a brave fight yet keeps the most gentle of hearts. She is very wise and cunning, navigating through storms and troubled seas. She does small things in a great way because she knows that it is the meaning and thought that matters more than the size of an act. Had this woman been a number, she would be the Golden Ratio ­ 1.618; a number of ultimate perfection. Harmony, celebrated and revered world over. She is the modern day Antigone, challenging and toppling over stereotypes. She is the living version of Delacroix’s ‘Liberty’, leading and commanding masses to reach their individual pinnacles. This is the modern day mother Theresa ­ giving her all to the betterment of the other her life is true to the words of mother Theresa ­ ‘If you can’t help a thousand, then just help one’. This is the living Mona Lisa, loved and adored for her simplicity.

Meet Sthembile Ahadi Zondo. A speaker, business strategist, author, sister and a game changer. She is not a one in a million, but a million in one.

‘Some are born great, others born into greatness and some have greatness thrust upon them’ ­- William Shakespeare

Sthembile Zondo,affectionately known far and wide by her stage name ­ ‘Ahadi’, taken from Swahili meaning ‘Promise’, saw the first rays of light on the 23 of November 1989. Growing up on the move and being raised by a single parent was never easy. She had to learn how to live on the little that was available. “But I am happy that I went through that, as young as I was it made me the person I am today” she writes in her book

­ ‘ In Pain|We ThriveTM’. At times,she was forced to sleep on an empty stomach, walking barefoot to school. Growing up was never easy for her, being denied what we usually take for granted. She had to endure the most difficult of upbringings in the most unforgiving environment. Instead of being broken down by the challenges she faced, she, like the mythical Phoenixrose from it all Becoming one of the highly gifted creative, stage performer and businesswoman with the most gentle of hearts and a kindest of souls.

‘Let me not then die ingloriously and without a struggle, but let me first do some great thing that shall be told among men hereafter’ ­- The Illiad

By 2004, she was already a force to be reckoned with within the Poetry circles. She was involved in many slam competitions.  Proving now and again that she was ahead of the pack and winning many Poetry slams where she got involved. By 2014, she started ‘Poetry Picnics’, where poets gather together to let their creative spirits go wild. It was from that small beginning where SolutionairephaseTM ­ an events management company began. “Ah well, Solutionairephase is one of the greatest things to happen in my life, I guess Aristotle was correct when he noted that: The end point of one thing, is also the beginning of the fulfilment of something greater than the first one”, she says staring out into the horizon, obviously contemplating the next big thing to do. With SolutionairephaseTM now in the picture, she began hosting a series of events and business seminars. She was now evolving into what would a year later prove to be a powerful and a one of the most promising speakers of our time. Things took a quick leap forward then by 2015, her events company had already established and etched itself amongst the fastest growing companies. Her star was on the rise. Many great things began happening and you would think that she would settle for that, right? Wrong! She then went on to do something no one expected. On the early morning of the 3rd of February 2015, she took to the streets, armed with a paper board written inspirational messages. The aim? To inspire and motivate and to brighten everyone’s day. “We live busy lives, always in a rush and we forget those little things that makes so much difference in our lives. We have allowed technology to take over our lives, I’ve taken it upon myself to do this small act of kindness” she said. When asked why she chose to stand in the middle of the road and wish people a good day ahead. Her initiative brought home more than expected.   Weeks after she landed interviews with many radio stations, all wanting to hear from the lady who had done a small act of kindness in a great way.  So great a way that it touched many hearts.

‘Though I’m young, judge me, please, by my actions, and not my years’ ­- Haemon

By late 2015, not only had she become a household name but also a game changer with a heart. Her company was growing and her seminars proving quite popular among young business women. Was that all from this spirited soul? Not by a long shot!  She then went on to start a female upskilling initiative ­ Virtual Womanhood, an international initiative with the aim of developing young women and giving young females leadership and business skills which will allow them to be powerful business people in the future.  She went on to co-­ established another initiative; The Barefoot Walk InitiativeTM.   An initiative aimed at bringing literature to those less fortunate those living on the streets, by introducing them to the joys of reading, providing clothes and offering them meals and also fundraising in order to help those schools that are in need of the most basic of resources such as books and fixing broken windows which allow the winter harsh winds to torment those in classes.

The initiative also looks into collecting school shoes for those students who don’t have any.  “You are blessed so that you can be a blessing to others” she points out, when asked if there ever will be a time when she will sit back and enjoy the fruits of her labours.

‘Have you never observed how invincible and unconquerable is a spirit and how the presence of it makes the soul of any creature to be absolutely fearless and indomitable?’ ­- Plato

In 2016, she went on to start, an initiative called ­ Thousand Men MarchTM.  The goal? To redefine how the society defines men and helping young men to redefine themselves and to be the best that they can be. It was something totally new and ground-breaking and it worked like a charm. Attracting hundreds of young males, local businesses, organisations and media. A couple of months later, Sthembile released her first book titled;  In Pain|We ThriveTM, a book talking about her life, her journey from the many struggles she faced to the woman riding the waves of change, both in business and within her community.

‘Many things are wonderful, but nothing more wonderful and awesome than a (wo)man’ ­ – Chorus

Can we confidently say that Sthembile Zondo is our modern day Antigone?  A woman who not only challenged the way things are done but also toppled those perpetrating injustice?  That is debatable.  Depending on how you look at it, Ahadi, through the Thousand Men March InitiativeTM has challenged not only how the society defines manhood but has also laid a new foundation on which the 21st century man can define himself. Through the Thousand Men MarchTM she has toppled over stereotypes about what defines manhood, so is not it fair to say that, although we may argue about her being the modern day Antigone, we can safely agree that she is right on course to become the Antigone of our time.

What can we take from this spirited life? Firstly, it must be that everyone is capable of achieving great things despite what one may come across. Ahadi, as she is affectionately known, has proven that one can only be relevant by being able to adapt to different circumstances. By looking at her life and what she has managed to achieve so far we can only agree with Leonardo da Vinci, that what we do today is the last of what is gone already but also the beginning the start the first of the great things to come.

A once in a generation Female?

More to come from her?

Changing things for the better? 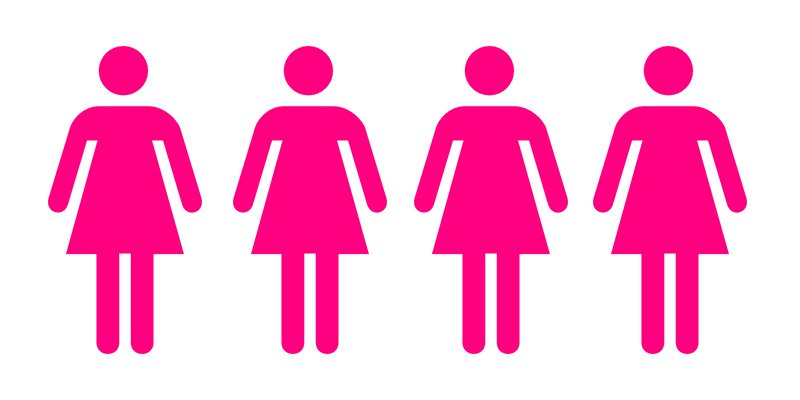 By: Gladys Nomvuyo Sebeko LET ME TELL YOU ABOUT THE WOMAN I MET YESTERDAY She had a smile of a queen and the breath of… 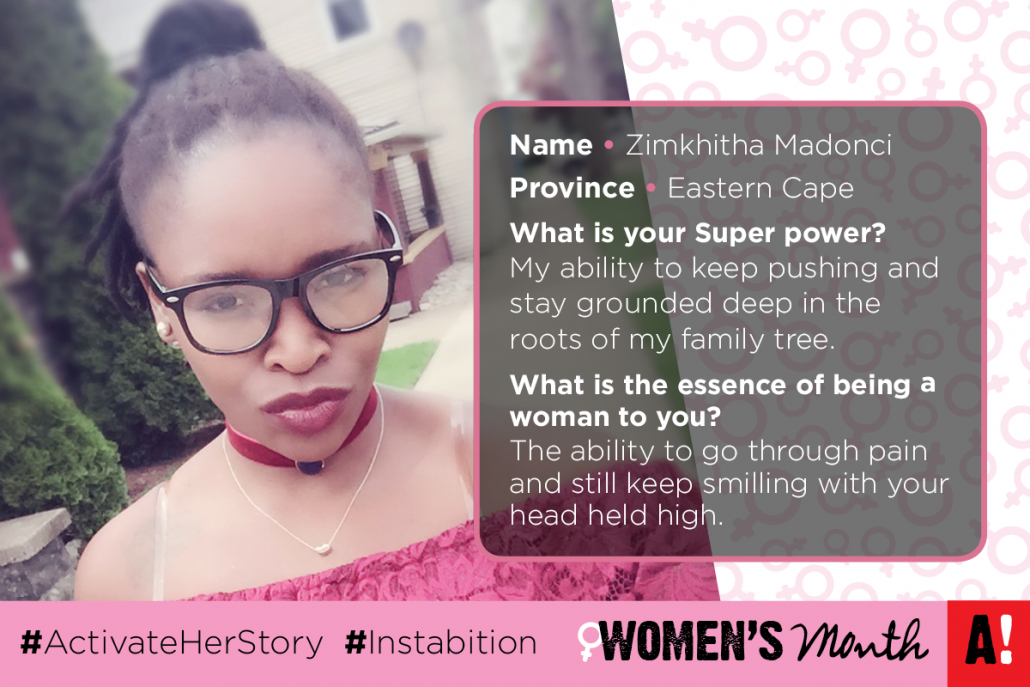