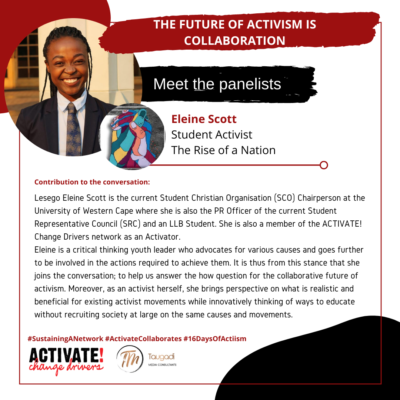 Organisation: The Rise of a Natio

Scott Mmakgongwane Eleine, fairly known as Lesego Scott, is the current Student Christian Organisation (SCO) Chairperson at the University of Western Cape where she is also the PR Officer of the current Student Representative Council (SRC) and an LLB Student. She is also a member of the ACTIVATE! Change Drivers network as an Activator.

Lesego holds many other noteworthy titles and is an Activist at heart- her work precedes her. In her advocacy for literacy and rural education, she founded her first brainchild, The Rise of a Nation. The Rise of a Nation is a Non-Profit Organization (NPO) that was founded out of an unavoidable desire to level the playing fields between the quality of education and leaders produced by underdeveloped public schools as opposed to the extreme of private schools. The Rise of a Nation achieves its goals of equal education by hosting competitions that equip skills and empower voices. It was founded in 2019 but the vision predates that by a year as the first debate competition was hosted in 2018.

Lesego is a critical thinking youth leader who advocates for various causes and goes further to be involved in the actions required to achieve them. It is thus from this stance that she joins the conversation; to help us answer the how question for the collaborative future of activism. Moreover, as an activist herself, she brings perspective on what is realistic and beneficial for existing activist movements while innovatively thinking of ways to educate without recruiting society at large on the same causes and movements. 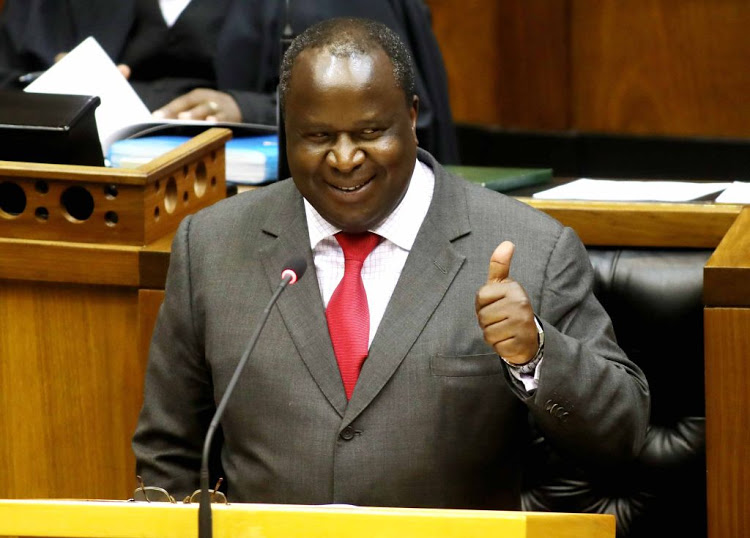 There were approximately 10,3 million persons aged 15–24 years in Q1:2020. The proportion of these young people who were not in employment, education, or training…

By: Kay-Dee Mashile Activator Lesego Scott once said, and I paraphrase, that activism is a matter of conviction. Therefore, it is a journey that one…