Hip hop artist Bongani Nqayi (Micco) who lives in Sankontshe (Hammarsdale) in KZN hosted an event under the theme ‘fighting violence by the means of art’ under the organisation Branding Back The Vibe (BBTV). This Activator said the motive was to convey the message that violence destroys the nation as a whole. He said it takes one person to make change, “If people can live by ethics this can be a great, peaceful place. Little actions make big changes.” The event gathered youth together and honoured 1976 youth for the initiative they took. Bongani outlined that they worked hard with no sponsors which motivated them to push, provoke and inspire the rising ones to engage in art events. Lindani Sangweni who lives in kwaMashu Durban was one of the artists that rocked the stage, with his lyrics he spread Phansi Ngodlame (stop violence) message.

The youth plays a major role in fighting all terms of pollution by being innovative. During the event Lindokuhle Gumede who is also from Hammarsdale presented his car toys which they sell at a cost of R30 and R50. They are made from plastics bags and wire which were built by young kids from the age group of 11 to 15. He said they reduce land pollution by reusing plastic, creating toys so that kids can play, “Everything is useful, depending on your creativity.” He said they have a solution to air and water pollution too, and with their initiative they will add to the prevention of global warming. He concluded by saying his vision is to get support from other people financially and register as a non-profit organisation(NPO), in order for them to continue doing good in their community.

Other Activators were also there to support their fellow Activator in the programme, Khayalethu Memela from Umlazi and Thobelani Gumede from Montclair, who was so excited about the success of the event and said it is great to see the youth of South Africa honouring the death of 1976 students. They both emphasised connections and supporting the Activate network to bring about change in their communities as they presented and they gave youth pens, books and key holders. 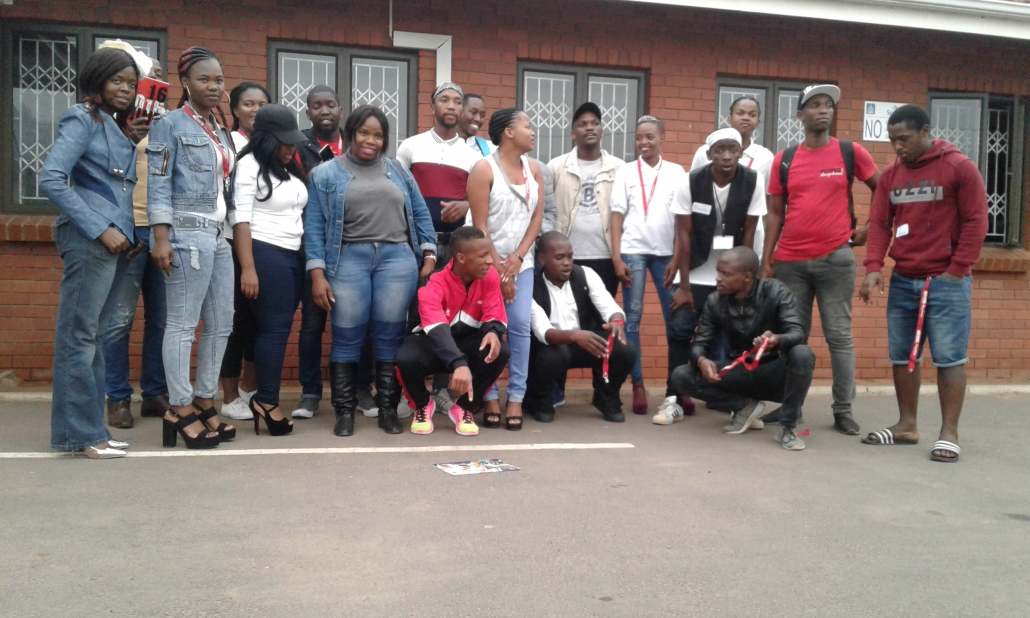 By Khaya Memela This September, #Syabamunca movement, which was established by 2017 Activators hosted their first event in Hammarsdale (Sankontshe). Syabamunca is a movement with…

Activator Bongo Hlongwane reflects with fellow Activator Siyabonga Memela on the 1976 uprising and if freedom has been achieved.