In a bid to raise awareness about corruption in the private sector, non-governmental organisations, media and citizens around the world, Corruption Watch used United Nations’ International Anti-Corruption Day to host a live TV discussion to reflect on progress made in advancing the anti-corruption agenda, to share best practices, exchange ideas, and to stimulate a conversation about greater efforts to defeat corruption.

The panel discussion focused on corruption news that made headlines throughout the year from the SASSA matter, the ESKOM debacle, the persistent corruption scandal from the private sector.

The discussion was also used as a platform to launch #Wepay”, a satirical animation video that highlights how corruption affects us all and why it matters to hold our leaders accountable. The video is a product of a partnership between Corruption Watch and a team of animators, script writers and comedians. It aims to demonstrate how small and large acts of corruption can have dire consequences.

The message is packaged in an entertaining and lively style, using animated ostriches, dancing sheep and officials with cabbage heads to show how government works and what happens when things go wrong. At the same time, the video educates the public about the way in which public money is allocated, spent and when it is misused, how this deprives the public of what is rightfully theirs.

Mazibuko argued that South Africans should adopt a strong self-policing value system that will succumb to any luring Guptarazing (corrupting) shortcuts.

‘’The best cheap way to arrest corruption is to build strong societal values in order to address corruption. My suggestion on how to do that is to make sure that corruption uncovering and reporting processes are safe for whistle blowers and the legal framework is not too complicated to a level where corrupt people will continue destroying our society and protect themselves through the courts.  When all those important things are mastered, then we can talk about implementing most severest punishments for corrupt people,’’ said Mazibuko

On the other hand, Dickson believes that loopholes within the South African judicial system are one of many key contributing factors of corruption. According to Dickson the mere fact that the public has seen many powerful and connected transgressors hardly feel the consequences of their actions and creates the impression that if you can cover up, it is fine.

‘’Corruption is a global social syndrome. Now our biggest challenge is that we don’t have good examples of countries that have successfully defeated corruption. Even socialists countries (who have most severe punishment corruption systems have new corruption scandal every other week. At least in those countries people go to jail for it. On the other hand, in South Africa people go to jail for corruption, but they ‘Shabir Shaik’ they’re way out. Therefore I believe that our conversation about corruption needs to be not about how we prevent it, but about how we prosecute it’’ said Dickson

Independent Police Investigative Directorate representative, Advocate Oupa Poopedi sadly admitted that despondent South Africans have got to a point where they are beginning to take news of corruption just as stories of immorality. Poopedi appealed to all citizens to work closely with all anti- crime and corruption entities.

‘’ We can sit here, talk and strategise all we want, as long as whatever good or tough anti-corruption steps are not we deem correct by law and the constitution of the land, we are always going to be victims of corruption. Therefore my solution is that we must make our laws work in a better way to deal with corruption,’’ said Poopedi

At the end, all panellists, hosts and attendees agreed that among other doable solutions, advocating for moral, intellectual and lawful anti-corruption strategies is the way to go. Infiltrating key strategic positions of power and deconstructing the system.  All those in attendance agreed that once all is done, the country should carefully implement a socialist rebuilding approach that will ensure resources are distributed and all corruption gaps are mitigated. 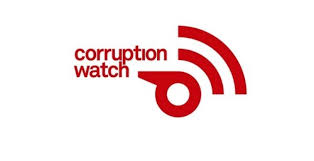