One of the most pronounced characteristics of any Kasi in Mzantsi besides the vibrancy, high-population
and sense of community is food – specifically from the infamous Chisa Nyamas. People travel far and wide to get a taste of the township experience – a once in a lifetime opportunity for some good old fashioned meat lovers – right?

Well, 2017 Activator Shaiyah Luthuli from Ilovo Township, KwaZulu Natal, a community activist, an opinion leader in her own right and plant-based vegan for numerous years, feels differently for various reasons. Upon her return from the KwaZulu Natal ACTIVATE! residential training to become a social agent of change, she bestowed upon herself the prerogative to educate Kasi folk about the health benefits of not consuming meat and related processed produce.

While at the ACTIVATE! training, Luthuli confesses to how surreal and magical the training space was for her and how it ignited a revolutionalised way of thinking for the new journey that would not only change her life (post training) but would help shape the way people consume food. Her new journey was aimed at changing the narrative and perception about plant-based and organic food alternatives that could go a long way in preserving and prolonging the quality of the lives of people residing in Townships.

Vegan eKasi was birthed from the premise that, increased awareness about the benefits of plant-based vegan dietary routines in South African townships could be instrumental in decreasing the many illnesses people suffer from as a result of the meat they consume. According to Luthuli, people residing in townships are prone and exposed to diseases that could be avoided, tremendously by changing diets.

Luthuli suffered from chronic asthma from when she was a child and about five years ago, through her drastic change to a plant-based vegan, the asthma seized and to this day, she lives a cough-free life due to what she has chosen to eat.

The idea of switching from meat products to a plant-based vegan lifestyle is based on the notion of re-educating the many township communities about the overwhelming differences between a vegan and Rastafarian non-meat eater, among other things . The initiative has often been criticized and said to endorse “white tendencies” and “eating like white people” according to Luthuli and this could not be further from the truth. The call to action for the Vegan eKasi Movement is to ring the alarm bells and encourage people to start thinking critically about what they consume more so, meat products. It is to promote healthy living and to steer people to a new dawn that beacons. Common illnesses mostly diagnosed in township dwellers are as a direct result of what people unwittingly choose to consume either at social gatherings or maybe as a norm in their homes. Luthuli, with her initiative seeks to ask fact finding questions such as, “ What if we thought more critically about what we absorb into our systems? What if we were more consciously aware about the health benefits of not eating animal produce? What if we shifted, in small and gradual intervals to a more (unconventional) advantageous dietary routine?”

If not that, then at least the preservation of wildlife and animals at large by abstaining from animal cruelty i.e. slaughtering.

It is a family affair

Ever heard of the saying “Two heads are better than one”? Or should we say “Two hearts”… The Vegan eKasi movement was inspired by Luthuli’s husband, Yahav Ndzanze who has been vegan for a good 13 years, undeterred. Together they plan to go beyond the mundane exercise of raising awareness without the aim of intentionally instigating ripple effects. They hope to collaborate with community-based and youth led organisations in the KwaZulu Natal region who endorse vegan lifestyles and healthy living particularly in townships and then venture to other parts of the South African plain field.

To achieve the above, Luthuli and her husband aspire to launch their first blog on November 1 st , that aims to be a means through which online readers are able to access and engage with each other. The blog will simulate a step-by-step guide for anyone who wishes to receive information about how to make the transition and maintain a vegan lifestyle. It is to be a one stop shop for vegan recipes, ingredients and best practices. Offline; the dynamic pair will conduct outreach programmes, movie screenings, cooking demonstrations that specifically deal with plant-based vegan ekasi lifestyles in a manner that is practical, relatable and user friendly.

The Vegan eKasi Movement is envisaged to be a go to spot for people from eKasi that are interested in learning more about the vegan lifestyle, Kasi style! Further, the footsoldiers behind the movement have an inherent belief and burning passion to change the perception that meat is the end all and be all, more specifically in black communities. Switching from meat produce to a plant-based vegan lifestyle, could potentially prove to be the best switch anyone could ever make for their lives. 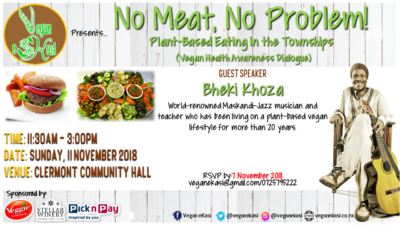 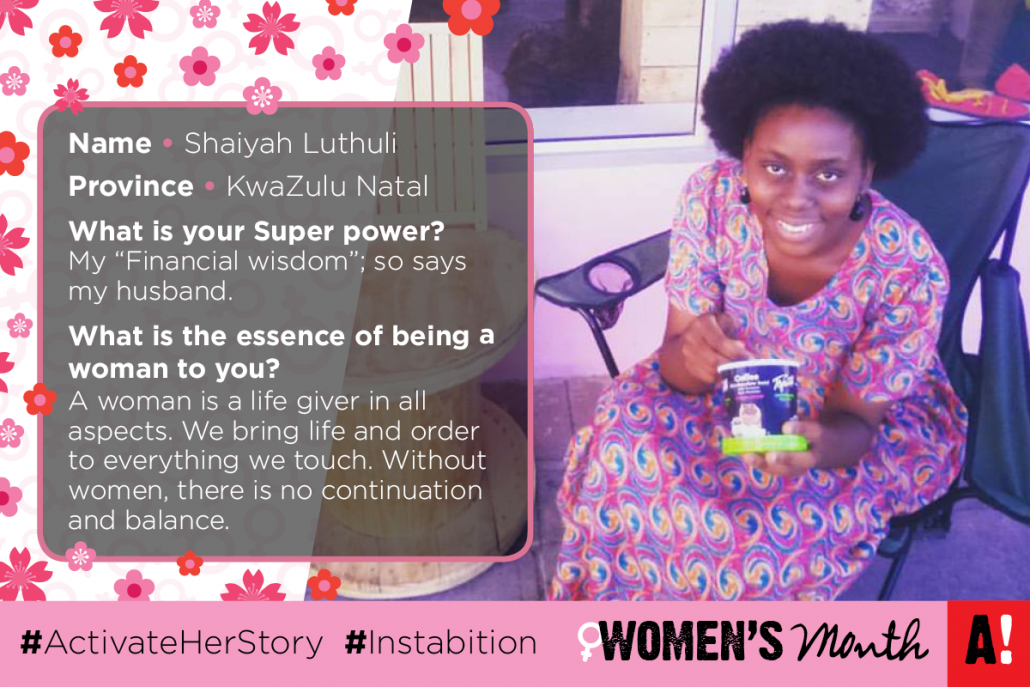 By: Bongiwe Ndlovu On the 5th December 2017 our Minister of Health, Dr Aaron Motsoaledi released a press statement informing the nation about the outbreak…