Activator Esihle is a Pretoria born Activator who, when growing up, had a privilege of living with her mother who worked as a domestic worker. This was an advantage to her because she was exposed to an environment that offered a better alternative than the downtrodden neighborhoods that most young black women find themselves in. Before joining ACTIVATE, she was unemployed after eight years of employment and this was a source of frustration for her but, like a true Activator, she managed to find some comfort and solace in the fact that she can tap into her love and passion for social impact. Activator Esihle bears testimony to the fact that instead of feeling sorry for herself she dug deep into her heart and found that her passion for social change can be utilized as a tool to free others from chains of socio-political issues that we face in our communities. She allowed her life to take a turn towards making her a tool for social change a move that she has never regretted even once.

Esihle joined ACTIVATE because she wanted to be part of a legacy that focused on communities that are often neglected because of their geopolitical locations. She wanted to ensure that access to activism and social change is not limited to communities that are in big cities only but that even the most rural Communities are able to tap into the activism initiatives and are able to effect change even in their small communities. Her specific concern was centered on development and performance learning because she noticed a lack in the manner in which education is rendered and received in our community. This then motivated her to come up with initiatives that are centered on development and performance learning. To this end, she one day wishes to be a founder of the well-established Education Institute in the Southern Africa – this she believes, will birth activists and education specialists whose focus will be to lead our communities forward.

Activism amongst young people has become quite unpopular and when a person decides on the life trajectory of activism, this is often paired with loneliness as there are not a lot of people that one can associate themselves with in their immediate vicinity. It came as a challenge to her and she feels like having joined ACTIVATE she’s exposed to a wide variety of activists with different skills, resources and experiences and this is edifying to her role in society because she is able to reach out to a willing network of young people that is versatile in activism and is always willing to lend a helping hand. She believes that a network like ACTIVATE is worthwhile because it’s not a one man show but it emphasizes on the importance of having collaborations and this is useful because where one Activator lacks and another one will be able to fulfill a certain role and a person’s project or dreams within the network will never be neglected because somewhere somehow there is

Always help within the network.

Activator Esihle truly believes that no man or no activist is an island and when it comes to fighting for equality, we ought to leave no one behind and this is the reason why she joined the #IncludingTheBoyChild campaign – she believes that as a mother of boys, ��boy children need to be included in our plans of bringing about a gender equal society. When we focus on both genders from a very young age, society will then grow into a future of equality where one gender is not neglected for the benefit of the other and the other gender is neglected at the expense of the other. She believes that our government also needs to practice the spirit of ubuntu and ensure that no one is left behind. 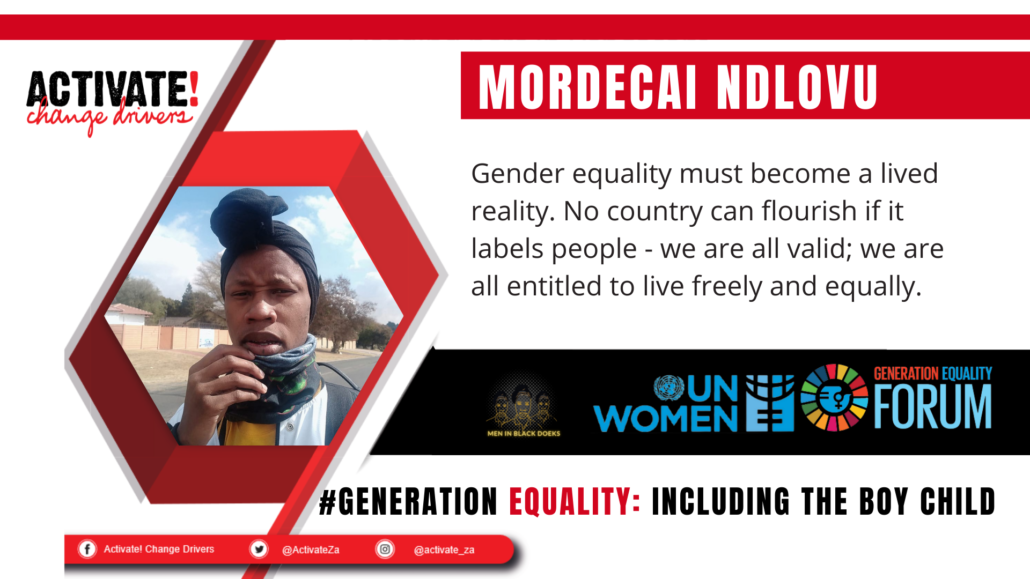 By: Esihle Dayimani, 2019 Activator A young Activator, Mordecai Sizolwenkosi Ndlovu, always knew he had the calling of activism, but he was not ultimately sure… 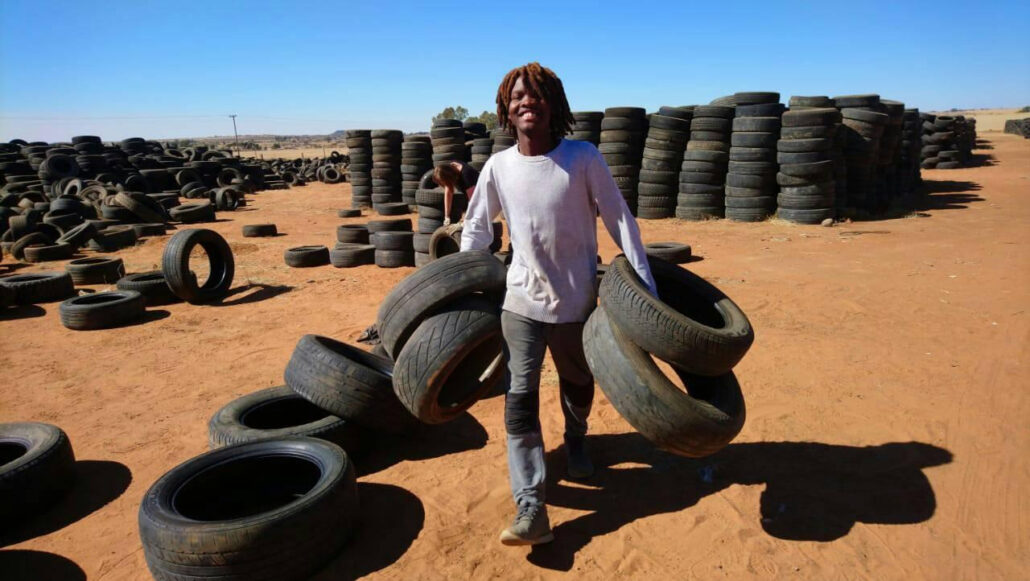 By: Mojalefa Mokhosi  The best Activism moves beyond the idea of victory and categorically refuses to become a story of “us versus them”. That in…