“Power is not given to you, you have to take it. The old lessons of submissiveness and fragility made us victims. Women are so much more than that. You can be a businesswoman, a mother, an artist, and a feminist ��� whatever you want to be ��� and still be a sexual being. It���s not mutually exclusive���

This is Beyonc�� Giselle Knowles-Carter���s famous quote which best describes the multi-award-winning fashion designer ��and Activator, ��Ditiro Mashigo who has just scored a collaboration deal with Mr Price Home.

In an exclusive interview with ACTIVATE! Leadership, contemporary cultural designer revealed how her collaboration with Mr Price Home came about, what�� inspired her designs and who she attributes her successful fashion designing to.

���I have always admired the rich talent of South African designers that Mr Price Home works with. Therefore, it was a dream to join the ranks of Michael Chandler, Agrippa Hlophe and Heather Moor. ��When the opportunity presented itself, I took it with both hands. Thank God, Mr Price thought I am good enough to collaborate with them,��� she says. 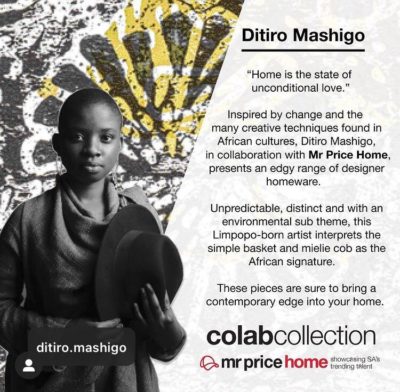 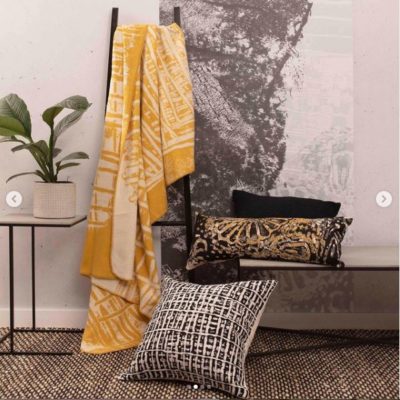 ��While explaining what inspires the designs behind her range with Mr Price Home, Mashigo says:

���My heirloom objects, specifically the heirloom mealie cob and its harvest season, in my family we have a specific type of mielie corn we farm and harvest, this seed has been passed down for many generations. Using the cob and the woven baskets as metaphors for how we inherit some of our purpose through genetics and how the simple basket and mielie corn form part of our genetic signature, each family has their own.���

Despite achieving a number of seemingly impossible career milestones, Mashigo still attributes some parts of her powerful leadership roles to ACTIVATE! Change Drivers and the network.

������I am very grateful for all the little things I have achieved in my young life. I honestly think that somehow credit should go to ACTIVATE! Leadership, because without some of the things that they taught us, I do not believe that I would have been as effective and influential as I am today���,��� says Mashigo.

Mashigo is also one of the designers of the Grammy award-winning Soweto Gospel Choir. She previously worked with Nandos and other big multinational corporations. The Design Indaba alumna is the brains behind some of the artistic events in Gauteng, vocational skills training in some of the underage prisons in Pretoria and surrounding areas. 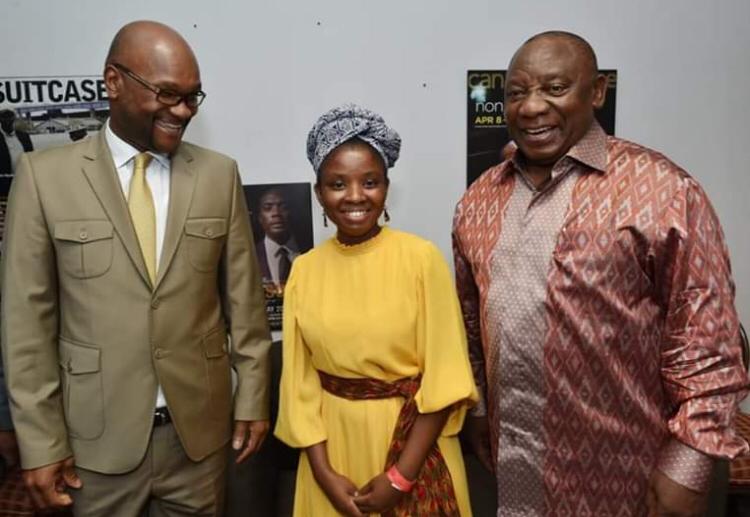 By: Lwazi Nongauza In 2019, Fashion designer and Activator, Ditiro Mashigo was tasked with the project to design costumes for the Soweto Gospel Choir, she…