There is a significant difference between choosing to be a sex worker, and being forced into prostitution. The former- though not yet legal- has become and is becoming an acceptable way of earning an income, the latter involves the victimisation of women. While sex workers recognizes that sex work is work. Being forced into prostitution, on the other hand, has elements of criminality and immorality. It is important that no-one should feel forced, even by circumstances, to engage in prostitution.

Forced into prostitution by circumstances, Nonhlanhla Getel Madalane went to the streets as a way take care of her daughter and the child that her brother left in her care after he passed on. The father of her child had packed, and left her with nothing. She had to find a way to put food on the table. This is a journey that has helped Nonhlanhla Getel Madalane to get off the streets and to be an influential member in her community.

“It is so difficult to find a job, sisi”, says Activator, Nomhlanhla as she narrates her story of how she managed to escape the iron shackles of prostitution. Her circumstances forced her to do what she had to do to feed her children and she would stop at nothing to provide for them. “I didn’t like doing it, but I thought I had to. I was like a walking zombie the entire time”, she adds.

Catherine Restui, a German woman used to visit the block of flats that Nonhlanhla and a couple of other girls used as a brothel. Restui would arrive early in the morning and pray, and invite everyone in the building to join her in prayer, “I didn’t like that lady”, remembers Nonhlanhla, “but that is the lady who helped me to get out of prostitution, I’m a whole new person now”, she adds.

Today, Nonhlanhla is pleased to share with me that she is now the Project Director of Dignity, “the NPO that helped me and many others get off the streets”, she explains. Nonhlanhla didn’t just manage to escape prostitution, she is now using her experience to help other women who need an escape, to get out and find the paths that feed their souls. When she was part of the Dignity Restoration Program, it was all hard work and prayer. No one took the time to work on her feelings of self-worth. As the director of the organisation, she wants to make sure that the program achieves maximum impact, so she is changing things around a bit. “Thanks to the Department of Social Development, we are taking 12 girls on a trip to Durban to pamper them and show them love”, says Nonhlanhla. “It is important to put emphasis on loving these girls so that they can know that they are worthy, it’s not easy to get out of the streets when you don’t feel loved and you don’t love yourself”, she continues. As the director, Nonhlanhla is determined to add fun activities to the restoration program so that these women don’t get bored and run back to the streets. She extends a helping hand to women who need it because someone extended a helping hand to her, one day in 2015.

Anyone who wants to be part of this initiative can join by volunteering at Dignity, and helping a trapped woman to regain her freedom. 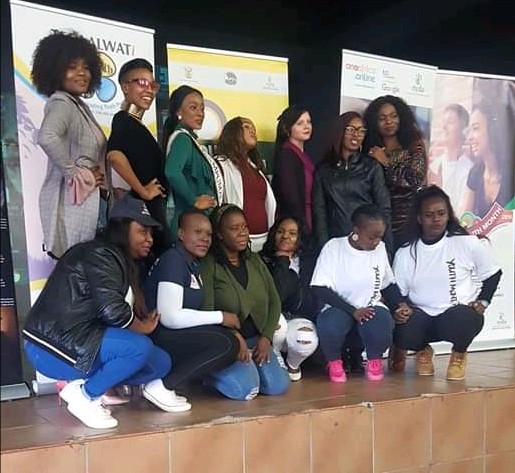 By: Lwazi Nongauza “We need to reshape our own perception of how we view ourselves. We have to step up as women and take the…