It has been said that children are blessings and that they are the future. These innocent beings seem to have the ability to inspire and bring the best out of anyone. This has been the reality of Activator, Kabelo Mampa. After the loss of her mother at the age of 5, she realized that she had to work with those around her in order to grow. Although her upbringing was tough, Kabelo’s grandmother ensured that her basic needs were met. However, this was not always enough for little ambitious Kabelo. 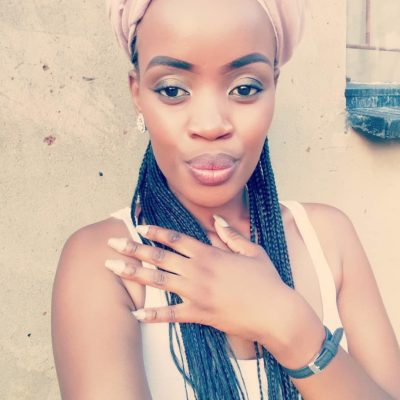 “Being an orphan does not mean that you have to give up”, she highlights. Kabelo has always wanted to be the help she never had.  Therefore children are very close to her heart. She was inspired by the story of a young man who decided to open a crèche. This was because of there was no Daycare Centre nearby. This helped parents to be able to search for jobs and build small businesses in order to sustain their children. This noble story was shared on ACTIVATE! social media pages and that was how Kabelo knew that she had to fuel the activism fire in her.

After graduating from the ACTIVATE! programme in 2019, she knew she had to continue empowering herself in order to empower her community. So she started an NPO, called BuaReo2She, where she went into schools and preached the gospel of reading.  She and her small team went as far as hosting career expos for learners in rural schools. “I knew I had to do something to drive change”, she explained. In 2020, she further explored her passion when she joined the Free Mentorship program. This enabled her to interact with children, provoking their mindsets and equipping them with tools that would help them after matric. “Eventually, I was contracted to be an Educator’s Assistant in Limpopo and I jumped at the opportunity”, she exclaimed.

When she was asked if the transition to Limpopo was difficult or not, she burst into laughter. She went on to say that it was not difficult because she already had family relatives in Limpopo. All she had to do was pack her bags and take her two children down the N1 road. During her time there, she got to learn that there so many children in intermediate phase, grade 4-6, that could not read for comprehension. “This made me wonder how these children were able to progress to the next grade with this sort of problem”, she pointed out. Kabelo felt the need to be more than an assistant. Rather she strongly believed that if the children could spend some extra time reading, then they would be able to improve their comprehension. She took time after school to help the learners with their reading. This made a significant difference in the lives of the learners.

The end of her assistant contract did not stop Kabelo from still wanting to do more for her community. When she returned to Johannesburg, she began applying for teaching qualifications, BEd in particular. “I want to do more than teaching in the classroom”, she clarified. She went to state that she wanted to get into the minds of the children through reading. Building children up is something she believes she was called for. Influenced by her turbulent upbringing, Kabelo has sworn to involve herself in any youth development initiative available. This is why she will be hosting the Free Mentorship program on the 5th of June 2021. “It is always better when everyone wins”, she concluded. 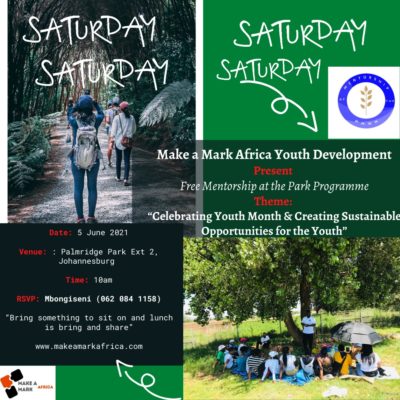 ACTIVATOR GCINUMUZI RADEBE IS TACKLING ILLITERACY IN HIS COMMUNITY OF MAJOMELA, KZN, THROUGH READING CLUBS FOR PRIMARY AND HIGH SCHOOL LEARNERS.