Which books are mostly sold at stores like Exclusive Books and why?

Which books are mostly used as school history books and why?

Which books are mostly used as university textbooks and why?

Who are the majority of art gallery and art festivals judges, curators, and critics, and why?

Who informs the public’s imagination and why?

Which sectors of South Africa are educated and why?

What kind of knowledge informs SA social and economic policies and why?

These are the many questions Molaudi Sekake asked in his much anticipated book,  “Meditations from the Gutter’’, which he launched at the Bat Centre in Durban.

In an exclusive interview with the ACTIVATE! Blog, Sekake revealed that the purpose of the book, Meditations from the Gutter is to unravel (challenge and change) this reality.

According to Sekake, the heavy language of politics sometimes alienates readers and other critics, so the short stories are based on people’s real experiences.

“I try to bring to the open suppressed ideas and knowledge of people who are talented and gifted but I wasn’t taken seriously because of their social and economic standing. I use short stories and poems to make people, especially young ones, understand slavery, capitalism, black racism, patriarchy, colonialism, and neo-liberalism.’’

While talking about the challenges of getting the book published, Sekake revealed that the radical tone and ideology of his book were rejected by some publishers.

“My book was rejected by two big publishers because I refused to change the language I used to describe the realities of particularly the black working-class. They wanted me to deny my core believes and affirm or align myself with their views which are foreign to me. Unfortunately, for them, I am not one of those authors who conform just to get into the game and make money and build profiles for petty bourgeoisie lifestyles.’’

UCT, UKZN, UJ, Khanya College, Workers College, University of Limpopo and Exclusive Books are among the dozens of tertiary institutions and book shops that have reportedly ordered the book.

Activator Silindelo ‘Lokishi’ Martin who attended the event, revealed what stood out about the book launch, as well as what lessons he thinks youth should take from the book.

‘’The overwhelming support and attendance from people from all walks of life came as a pleasant surprise. Seeing so many young people from all over the country to honour a book launch is something to celebrate because young people are perceived as people who don’t read, especially Literature.’’ said Martin

Poet Nhlanhla Mkhwanazi, is another Activator who is among a number of artists who performed at the unique book launch. Mkhwanazi shared the same sentiments as Martin.

ACTIVATE! Leadership literacy coordinator, Thobani Zikalala, was one of the Activators who made a significant contribution to Sekake’s book launch.

It seems as if Sekake’s book launch is the beginning of many. South African youth will be unveiling much knowledge about economy, as well as groundbreaking gifts, during this heritage month.

Recently Mail & Guardian’s Top 200 Youth nominee and KZN based Activator, Luleka Mhlanzi, also announced that she will be launching her own book on Saturday, 18 September 2021 in Pietermaritzburg.

According to the award-winning performing artist and prolific writer, Confiscated Identity is a reflection of complex unshared, deep thoughts.

‘’These thoughts usually entail our truest emotions. Through my poem collections breaks down the life of a young, black woman living in South Africa, and that of a mere human who has had a human experience in this life and time. I break down the philosophy of the phenomenon of gender roles, and their impact – both positively and negatively – in relationships.’’ 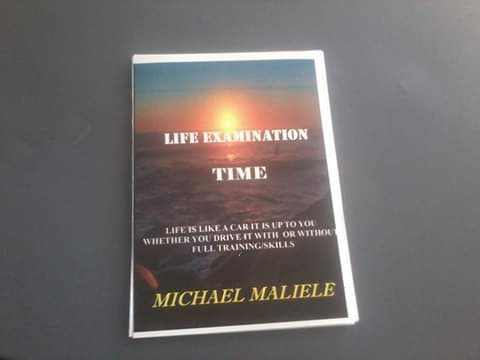 By Lwazi Nongauza Saturday, the 9th of June marked yet another historical day to remember for Gauteng based Activator and entrepreneur Sammy Nkogatse as he…