It is true that everything happens for a reason and no one can change fate. Though it had never occurred to me or anyone else that I would one day work at the supermarket much less a butchery for that matter as I knew absolutely nothing about meat except that it’s eaten by most people except the vegans.

My parents named me Setjhaba as they were convinced that I would one day grow up to be an important individual to the whole society or a nation as a whole. I too had always had great aspiration to be someone of importance to other people.

I had always been resilient and steadfast in my quest to better serve my people no matter whether the circumstances are favorable or not. In the midst of high graduate unemployment rate in the country I found myself part of the statistics. However, as a headstrong individual that I am, I managed to secure employment at KwikSpar in the butchery department right in the beginning of the year 2020.

As I was still celebrating my new found employment, I learnt quite sadly of the outbreak of the fast spreading Corona virus in the city of Wuhan in China. Word spread about this virus all across the world and in a few months’ time the virus itself had spread all over the countries of the earth toppling and crippling every economy big and small. Asian and European countries where the virus had spread initiated lockdowns and the people had to stay in doors for a certain period of time.

On March the 16th 2020 president Cyril Ramaphosa announced that South Africa is also initiating the lockdown in response of the covid19 outbreak of which about 200 and something cases of it were reported and more of it were still to be confirmed. In his speech the president said that the lockdown will have negative impact on many people’s livelihoods and that even the economy will suffer greatly. He announced that workers who provide essential services to the public will be exempt from the lockdown, the likes of: health care workers, soldiers, police and last but definitely not least those who work in supermarkets. He had urged fellow citizens to avoid social gatherings of any form and for the first time in world history social distancing became the new norm.

After his announcement of the lockdown, business boomed like never before at my work. We ran crazily this way and that trying to get customers everything they needed and more. Products flew from off the shelves and no matter how hard my colleagues and I tried to fill the fridges with meat all our efforts were futile it seemed. People just continued to stock buy everything all in the hopes of never coming out of their houses during the lockdown.

Though the president’s announcement of the lockdown is for everyone’s safety, it made me feel rather ambivalent. One part of me felt very fortunate that I will be one of the few people who will still have a job in these tumultuous times. I feel very proud that I am one of the chosen people to serve my fellow South Africans during this global pandemic of covid19. Another part of me feels very frightened about possible exposure to the virus as I go to work during the lockdown. However, I remain confident in the victory of good over evil till the better end. I BELIEVE with all my heart that God never gives His people more than what they can’t bear! This too shall pass. 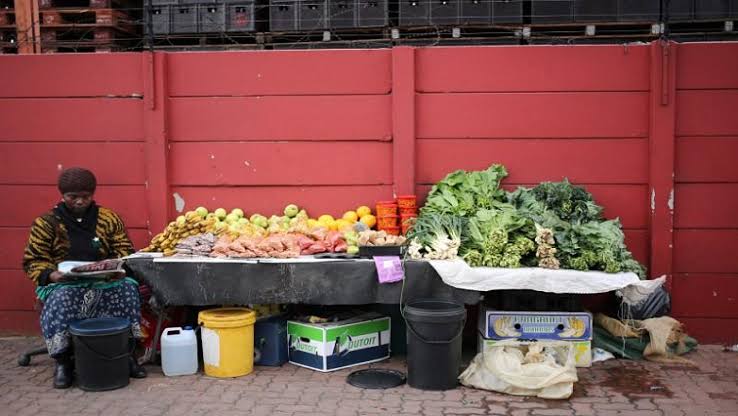 By Mojalefa Mokhosi The world is faced with the biggest health challenge of the decade, not only does COVID-19 threaten our way of life and…

By Nyiko Lovemore Manganyi (YEP CHAMPION 2020) We did not choose to be born where we are living today. I was born and raised in…