The date for South Africa���s upcoming elections is still under heavy deliberation, with the Independent electoral commission having submitted an application to the constitutional court to have the elections postponed from the 27th of October to a later date. Come the fateful day, when the date has been agreed upon, the country���s citizens will head to the polls also to cast their votes in South Africa’s sixth municipal elections since 1994. In all corners of the country, the citizens will make their voices heard by electing municipal councils for all district, metropolitan and local municipalities.

Among the names of candidates who will be running for ward councillor in ward 5, which is located in Kagiso, Johannesburg, will be Kabelo Motlhophe. Kabelo is a 2018 Activator who has long had a passionate interest in community development as well as politics. In this article, he takes us through his political and community development journey, his political views as well as his dreams and ambitions for the future empowerment of his community.

Although Motlhophe has long had a keen interest in the political world, he mentions that for him the picture regarding how things really work in government was made perfectly clear a few years ago when he took part in a civic education programme, which was implemented in partnership with ACTIVATE!

On his views pertaining to the current political climate in South Africa, Motlhophe says ���We have developed as a country to a certain extent since 1994. However, I feel we still have a long way to go when it comes to bridging the gaps of class differences, racial as well as gender inequalities. The RDP programme however, is an applaudable step in the right direction. I have also observed that politics are basically different parties selling their ideals (honest and sometimes not) to the public and each hoping to outsell the others in order to win. This validates the popular saying that voters essentially only go out and vote for the better devil.���

Motlhophe has a long standing love for his community, having been involved in various community development programmes and movements over the years. These include being part of a local agricultural cooperative which taught commercial and subsistence farming to community members and also provided free vegetables to chronic illness patients at the local clinic. In addition to this, Motlhophe is also an active leader at a local church.

What changes do you hope to bring into your community if you are eventually elected as councillor?

���First of all I was very delighted and excited to learn that I had been elected; it shows the amount of faith that the community has in me and I very much look forward to filling the shoes of my predecessor. Should I eventually be elected as ward councillor, one of my first objectives will be to introduce and implement a civic education programme, similar to the one Civics Academy and ACTIVATE! gave me the opportunity to go through. This, I believe will be beneficial to many community members, especially the youth, as it will give them valuable information about how government structures operate and work together, where to report certain issues and how to access government assistance and resources.���

A true hero, Motlhophe has proven his willingness to always go the extra mile for his people and ensure the betterment of their lives. We look forward to your leadership. You have our vote, leadership! We support you!! 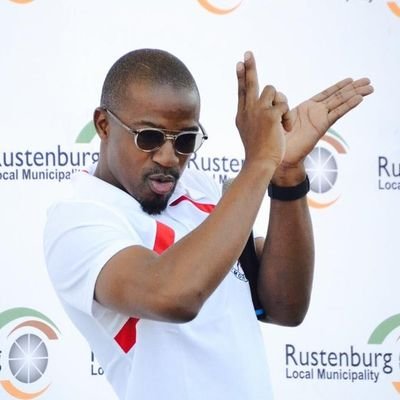 By: Mo Senne Ofentse Kombe is a 32 year-old male from a township in the North West province called Boitekong. He declares that he is…

According to Statistics South Africa 24.9 million people on the voters roll and approximately 9.1 million eligible voters are not registered more than 80% of these below the age of 35.