There’s nothing 100% about hearing your colleagues in the medical field judging those that are infected and sick with HIV. Referring to them as “that one with House in Revenue”

This kind of stigma is what Mzwakhe Ziqubu, a 2013 Activator from KZN, encountered in conversation with a nurse who had the same experience of being HIV positive in the medical field. It could be said that Mzwakhe was at the right place at the right time as the conversation in question would later birth a movement that not only supports HIV positive medical practitioners but also endeavours to advocate and educate on the HI Virus and the impact that stigma has on the lives of those living with it. This, is Mzwakhe’s story of influence:

“I got an opportunity to study Ancillary Health Care in 2009 with Love Life and Better Best Services. This was my breakthrough into the health sector. After completing my year-long course and doing my practicals at Dr Hulgar Khurn clinic, I was working in the mental health services for a year after which I moved to women’s clinic where I was advocating for Sexual Reproduction Health (mainly, family planning). In 2010, due to a high number of HIV positive youth in my region, I decided go for training in Counselling. I then started to host awareness programmes at schools and on various radio shows.  I, along with my colleagues, started to form support groups for HIV positive people. This particular programme helped a lot of people in dealing with their status and coping with life. Over the years, we’ve faced many problems with staff members at clinics and hospitals not being able to cope with the stigma attached to HIV. Others had to hide because of the judgement from colleagues. It wasn’t until 2013 that other staff members joined us in the fight against the HIV-related stigma.

It was only during that time where people could begin to speak freely about the struggles they faced with HIV. Every year on the 1st of December, we celebrate world AIDS Day by hosting an event where people disclose their statuses. We now have formed support groups for people who start treatment, those who can’t cope with treatment and those whose viral loads are not suppressed.

In 2018, while working at Sebokeng Hospital, I was busy doing rounds and giving patients information about different illnesses according to the health calendar when I touched the soul of a professional nurse. This nurse was suffering alone with no one to talk to. This led her to depression because she was adhering to her treatment but not seeing good results. While doing my routine health education, she asked to talk to me. That’s when she disclosed her HIV Status. She came to me crying, saying that she couldn’t cope with her life and that was affecting her performance at work, she was even facing a disciplinary hearing while, on the other hand, she continued to grow sicker and sicker.

After our conversation, she underwent counselling. She has since improved from the viral load that was not decreasing, as we speak, she is one of our ambassadors in the hospital telling her story and sharing on different platforms to help people to come out of hiding and deal with HIV. Majority of people think that if you are a nurse is wrong or sinful to be positive and that lead them to even more issues such as refusing treatment. In efforts to combat this, we have received support from the hospital board to help staff members with wellness programmes. Up until now the issue of HIV is normal and people are living a healthy positive lifestyles. Meanwhile, I am still doing awareness programmes at local radio stations and distributing condoms.’’

Mzwakhe’s work not only addresses the HIV-related stigma but, I believe, continues to make society aware of the lifestyle that is possible for infected individuals and thus give them hope to continue living positively and serve society as best as they can. Even in the current pandemic, medical practitioners are the most vulnerable to contracting various illnesses and diseases while caring for others. It is, therefore, very important to advocate for their mental health when dealing with illness and disease in their own lives. Reach out to Mzwakhe at “Mzwakhe ka Lungile Ziqubu” on Facebook for more information on how can support or extend the campaign to your own community.

Mbasa Gqokoma sits down with a 32-year-old man from the Eastern Cape living with HIV. *Luxolo Mlambo (not his real name) explains how difficult it was for him to disclose his status to his support unit because of the shame and stigma attached to the disease. 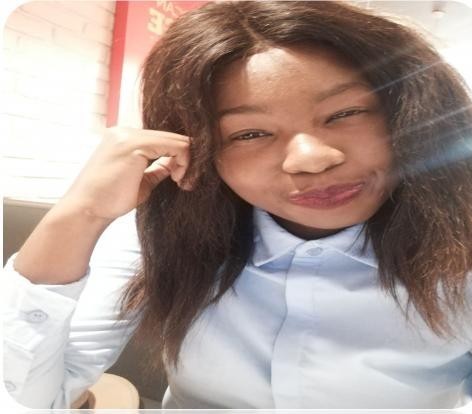 By: BeeKay Mental health has been the most under-addressed, overlooked and undeserved illness in the history of all human illnesses. A lot of medical practitioners…