It wasn’t until a few days ago that I first heard about the current events that are taking place in Zimbabwe. Upon seeing an Instagram post by one of my friends, I took it upon myself to learn more and find ways to support the movement. It pained me when I saw various tweets alluding to the assumption that many people cared and spoke up for the #BlackLivesMatter movement but fail to do the same for Zimbabwean lives. While I possibly could, and probably would have felt the same way if I had been actively following the movement and events that have taken place since the beginning of the national lockdown, I don’t believe that people intentionally choose not to care. Having had just found out about the situation myself, I would rather propose that people aren’t necessarily indifferent, they just do not know. It is for this very reason that I write this article, to share the little knowledge I have, with those who have none and urge all of us to educate ourselves and play our part.

Let me start by giving you context from an article published by News24:

“Ever since the start of Zimbabwe’s national lockdown, the country has seen protests by activists and healthcare personnel over the country’s poor response to Covid-19, and lack of care to the vulnerable in society.

On 6 July, 13 nurses were arrested at Sally Mugabe Hospital in Harare for protesting and demanding better wages and working conditions.

At the time, Amnesty International’s Muleya Mwananyanda said: “The charges levelled against these nurses, to enforce Covid-19 lockdown regulations, are clearly aimed at preventing them from organising and speaking out against low wages and terrible working conditions…”

Moreover, a trusted source further revealed to me that many Doctors have also been fired from the public health sector during this time which has rendered the public healthcare system basically obsolete. Since all this is happening during a global pandemic, many lives have been compromised and placed at fatal risk. Upon protesting against these and many other underlying issues, many activists have been arrested and/or reported missing. With ordinary citizens being harassed in their own homes by the military and the police. Another source told me that a friend of theirs had been beaten up after the police broke into their family home in search of an activist uncle. A Zimbabwean lawyer also reported to me that he has been beaten up and jailed for 4 nights without any charges for attempting to present his fellow countrymen against unlawful arrest. In a nutshell, people are losing their lives due to corruption and oppressive government. Therefore, the people of Zimbabwe are asking for better conditions and institutional reform. This, I dare say, could be a tipping point in Zimbabwean politics.

When learning about any movement, I tend to want to hear what the perpetrator has to say as well. This helps me gage the level of commitment they have towards finding a solution and ending whatever oppression they are exerting onto their victims. Likewise, one of the first videos I watched on YouTube was the Presidential address. I must say, I was not shocked at the content of his speech, which blatantly denied any presence of a problem and the fact that the government is responsible. This reminded me that one of the oldest and most prevalent PR stunts pulled by every perpetrator of any struggle is downplaying the problem and making it seem as though Activists are “a small group of troublemakers” who are “causing discord” and “inciting violence”. Like I’ve already mentioned, I am still educating myself on the #ZimbabweanLivesMatter movement and thus do not feel entirely qualified to draw any conclusions but I can tell you for a fact that the Activists on the ground are by no means a small group of troublemakers.

The President’s speech also brought me to the realisation that most people do not know what is really happening because the information they receive, this being a common threat to every movement. Granted, some people choose to be ignorant, but the larger majority is merely misinformed. Let me give you a relatable example, during #FeesMustFall, the same sentences quoted above were used to describe student activists. This did not only create factions on campus but in also society at large. The majority of bystanders called for students Activists to “stop the disruptions” while those who took the time to enquire from the students themselves somewhat understood the reason behind the movement. When we begin to realise and understand the politics of activism, we begin to mature beyond caring about something because it directly affects us to realising that all activism is about human rights.

So whether it is #FeesMustFall, #BlackLivesMatter, #ZimbabweanLivesMatter or even the fight against apartheid, we can do a lot more when we’re together than we can apart. So whether you’re sending out a social media post, retweeting some information or simply educating yourself, you are doing a lot more than nothing. One of the quotes that break my heart is one that reads: “At the end, it is not the words of our enemies that we will remember, it is rather the silence of our friends”. May we not be the friends who watched injustices take place in silence… However, in your attempt to speak out, ensure that you also listen and learn. I will therefore close this piece with a question to our brothers and sisters in Zimbabwe, “What else can we do to support you?”

I strongly believe that the future or activism is collaboration. Let’s stand together to ensure that everyone knows that #ZimbabweanLivesMatter! By Mojalefa Mokhosi The world is faced with the biggest health challenge of the decade, not only does COVID-19 threaten our way of life and… 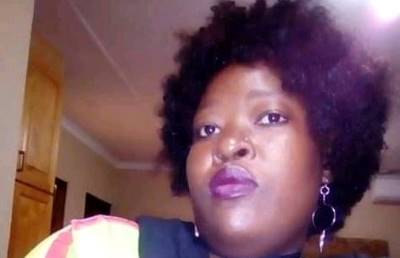 By: Anele Gcwabe Covid-19 came with many challenges for many South Africans, especially those living hand to mouth and under the poverty line. Putting food…