One of the greatest tragedies of governing bodies is the dependency that they establish in their states. This is best exemplified in their slogans and manifestos as they campaign across the country, promising free education, housing, basic services and financial support amongst other things. This undeniably results in citizens losing their agency and wholly depending on the government for their livelihood.

Of course South Africa has a rich history of immense segregation, unequal development and this unfortunately is a history that still perpetuates itself to date. As a country we are still witnessing the brutality of institutionalised racism where blacks have been victimized by racist assaults that are accepted as commonplace and not worthy of note.

Now, this victimization and victimhood that citizens are found enduring is something that I believe the government heavily instills, capitalizes and relies on to stay in power. Branden Nathaniel best theorizes this as he posits that if people are implicitly taught victimhood as their core self-identification, such people are not taught responsibility but are rather taught dependency and impotence. The danger is that they will feel that someone has to do something and if the anticipated rescuer never comes, they are doomed. Such individuals are then found stuck in passivity and will feel doomed.

It is  imperative to note the differences in times of the then youth and and the contemporary youth. The youth of 1976 were of a manufacturing society, one that heavily relied on a top to bottom management structure whereas the youth of the 21st century is that of a information society, in which we witness a transition from physical labor to mind work as the dominant employee activity.

Branden Nathaniel posits that this transition coupled with living in a global economy that is characterized by rapid change, accelerating  scientific  and  technological  breakthroughs,  and  an unprecedented  level  of  competitiveness has  created demands  for  higher  levels  of  education  and  training  than  those that were  required  of previous  generations.

It is, however, unfortunate that our government has not fully realized this, and if they have, they have collectively decided to further marginalize the youth by not prioritizing education. Following the #FeesMustFall protests, like clockwork, there are various protests across institutions of learning as young people fight for their right to education, an opportunity to access further education and become productive citizens in the economy.

What of the high unemployment rate? With over 8million young people not being in employment, education or training. It is, however, also beautiful to witness that the youth of today still possess the bravery and self-actualization that the youth of 1976 had.

Despite the  high youth unemployment rate, and the varied socioeconomic issues we find ourselves confronted with as a country, there are young people who are not waiting for the rescuer to come, but rather reclaiming their future, initiating community based organizations to help address our socioeconomic issues, and in the process upskilling themselves and also their fellow counterparts.

The youth is also found opening businesses, capitalizing on the 4th industrial revolution to even at times have multiple streams of income. What I have noted to be of great concern is the high financial illiteracy rate present amongst young people.

This is a concern for me, mainly because it is a clear indication that in the coming years, assuming that the country still hasn’t fully managed to ensure that there are enough job opportunities to accommodate the large numbers of young people that enter the market yearly, youth unemployment shall surely persist in the country as people will take longer to retire. 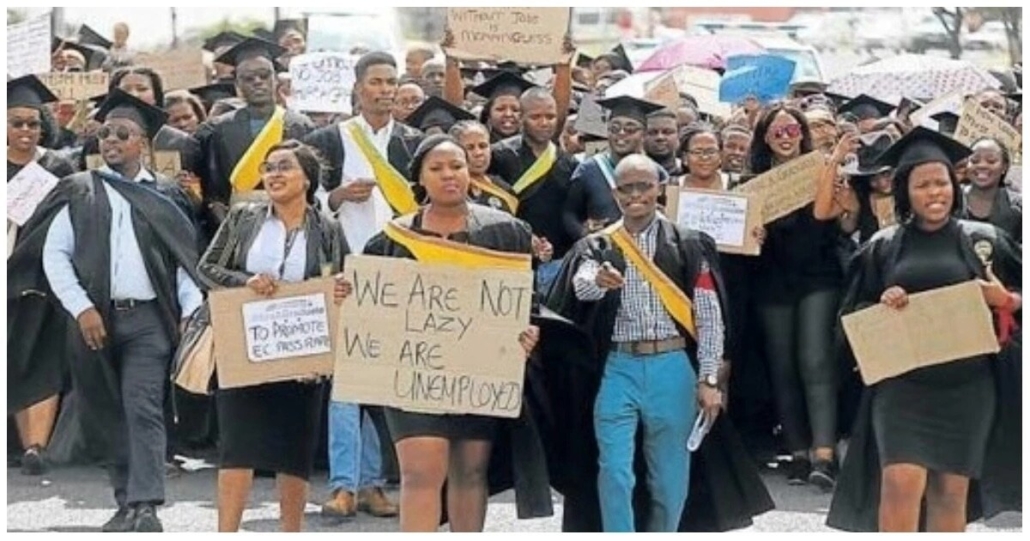 By: Kay-Dee Mashile It is forty-three years since the 1976 Soweto Uprising and 25 years into democracy, yet the youth of South Africa are still…

As much as we celebrate youth month and the impact the young people of 1976 made in South Africa, youth development is still a problem in SA, particularly in rural Eastern Cape. The Department of Provincial and Local Government defines youth development as…