We, the intergenerational men’s summit declare that we want to build a healthy, peaceful, non-violent and just society where the man is content with himself, to build a nation that takes responsibility and protects the dignity of every being in order to create a brighter inclusive future for all generations. We pledge to create a safer environment for women and children through the deconstruction of stereotypes and putting an end to gross human violations.

In African culture, when society faced a crisis or what sociologist Emile Durkheim termed an ‘anomie’ (a social condition in which there is a disintegration or disappearance of the norms and values that were previously common to the society), African men usually called extraordinary summits known as Lekgotla/Iinkundla. These summits had the objective of finding workable, peaceful and innovative methods of dealing with new moral discoveries; special attention was placed on discoveries that threatened to erode the value of ubuntu. Although these summits were patriarchal in orientation every participant young or old had an equal voice in them. They were elaborate gatherings with poets and praise singers who could through their poetic license deliver stinging criticism while at the same time offering valuable lessons for social change.

It was in that spirit of utilising indigenous African knowledge that ACTIVATE!, Gauteng Province Community Safety Unit, AfriMan Rising, Sonke Gender Justice, MASP, South African National Taxi Council (Santaco), Deaf Patriotic Front, Farmers of Thought and many other stakeholders partnered to host the Intergenerational Men’s Summit at Alpha Conference Centre from the 23rdto 25th February 2018. The summit comprised of one hundred men and aimed to highlight the role men had in building interconnected, peaceful and inclusive communities, furthermore it espoused to promote critical intergenerational discourse among men for knowledge sharing while exploring the performing arts as an alternative educational tool. This according to ACTIVATE! Men is vital because men have been key perpetrators of crime and gender-based violence in society, however contextual individual stories are seldom aired nor is the role of traditional masculinity and socialisation interrogated.

The summit commenced with the screening of Lebogang Rasethaba’s ‘People vs Patriarchy’, a documentary which drew gasps of shock and dismay from the audience partly because the violence committed by men in society is seldom projected back to them to watch. A discussion of the documentary ventured into the #MenAreTrash hashtag, it became necessary for programme director Nhlanhla Ndlovu to take older men unfamiliar with social media through what a hashtag actually is, and offer mother tongue translations of the hashtag in Sepedi (#BannaKeDitshila), IsiXhosa (#AmadodaziNkunkuma) and IsiZulu (#AmadodaAwudoti). It is after that intervention did the gravity and depth of the situation seem to dawn amongst senior citizens at the summit.

The staging of veteran actor Sello Maake kaNcube’s play titled Komeng (Sepedi for initiation school) became a key highlight of the summit. The twenty year old play with its four protagonists Zero, Timza, Blaza and McGregor sparked an intense discussion with its portrayal of four men who experience anxiety and are responsible for horrendous acts of criminality and gender-based violence. After the play the writer was interrogated as to why he titled the play Komeng and whether any correlation existed between the play and the controversial movie inxeba?  Sello Maake kaNcube distanced Komeng from Inxeba by arguing that Inxeba was preoccupied with the politics of initiation, while Komeng used initiation as a metaphor by calling for men to perform a paradigm shift or a ‘circumcision of the mind’ in relation to how they treated women and other marginalised gender groupings in society.

An emotionally charged commissions session was kick started by a stakeholder representative who publically shared that many years ago he was part of a group of young men who gang raped a young woman and when that incident was reported to his soccer team they received standing ovations and applause with even the coach commending them for being ‘real men’. The commission were divided into three key sectors namely; A!Health, A! Men and the gender-based violence sector. The main aim of these commissions was to primarily have thought provoking intergenerational insights into why men are angry, to determine the factors causing intergenerational disconnection between young and old men. An outpour of emotions particularly in the A!Men commission where young and old tried to dialogue around the question of whether they are the man they are supposed to be. The commission was so intense, with harrowing personal revelations that organisers deemed it necessary that a social worker had to intervene and in future summits psychologists have to be part of the commissions.  The fragility of men and the dehumanising damage caused by toxic masculinity was laid bare

The A!Health commission was primarily about the sensitisation of men around health issues in general, from HIV/Aids screenings to high blood pressure. However a disquieting note was raised around contraction of HIV, men at the summit expressed rather concerning myths and views about HIV. A section strongly believed that circumcision eliminated one’s chances of contracting the virus (in reality it reduces the chances by a mere 60%). Furthermore other men held the view that ejaculation was the key to HIV infection, if you do not ejaculate inside your partner then you will not contract the virus or if you shower immediately or use a very warm cloth that eliminates the virus. There was also poor understanding of mother to child transmission, which signalled a worrying trend around the effectiveness of HIV awareness programs. The summit concluded with the adoption of a declaration by all the men and organisations present and with commitments to further hold follow up sessions.

As a nation we undervalue the power of conversation, what this summit unearthed within a very short space of time is that values like ubuntu, human dignity, compassion and African exceptionalism which are purely of African origin desperately need vehicles to take them through history or else they will die with those who gave birth to them; that is what German sociologist Max Weber calls the ‘routinisation of charism’. Therefore intergenerational discussions are vital in provoking, inspiring, influencing, equipping and connecting human experiences; because the iron law of insitutions tells us that those who control societies care first and foremost about their power within society than the power of society itself, they would rather see society fail with them in power, than for society to succeed if that success means they will lose their power within society. That is where men find themselves in society today, the violence and the anger will not end until new models of thinking are adopted so as to provoke, inspire and influence different attitudes in male behaviour. Although the summit did attempt to project voices of marginalised men like the deaf and taxi drivers, it still projected a heteronormative approach which replicates the same structure of society; hopefully this inaugural summit will be a reflection that men are an extremely heterogeneous group which is constantly evolving. 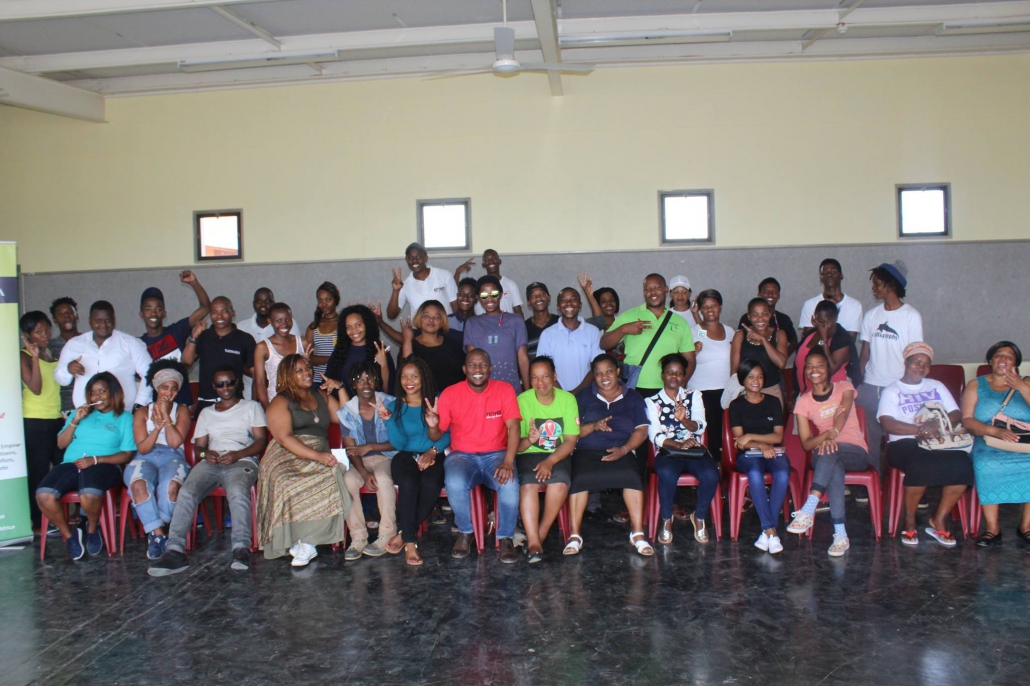 By Rammolotsi Sothoane  Gender based violence is a widespread and profound social concern in South Africa. According to research, up to 40% of South African…