It was the year 1998 in Allston, Massachusetts on November 28, when Rita Hester, a black transgender woman, died as she was murdered for reasons related to hate crime (transphobia). This happened two days before her 35th birthday, and she was stabbed in her apartment. [1] “Everybody knew her, especially in the trans community and in the African-American LGBTQ communities,” these were the words of Irene Monroe, a black woman, theologian and columnist who uses an interdisciplinary approach drawing on critical race theory, African American, queer and religious studies.[2]

This was one of the many murders of transgender people, and as a result it started a movement of remembrance to honour the lives of those who had died before, during, and after Rita’s murder. Transgender Day of Remembrance (November 20) is recognised in many countries around the world as a day to remember [transgender] friends, community members and family who have lost their lives due to hate crimes.

South Africa is no different. We remember and recognise our colleagues, friends and comrades who have lost their lives. On the TDoR website, the life of Sihle, a transgender woman from Duncan Village in the Eastern Cape who was stabbed to death, is remembered among many other transgender people who have died from different parts of the world between November 20, 2016 and November 20, 2017. These are recorded names and cases, and are often not a reflection of the actual/total number of people who are killed for reasons related to sexual orientation and gender identity. Most campaigns addressing violence against women do not draw attention to the vulnerability of transwoman and the ongoing killing of all trans persons, and therefore not engaging and sensitising communities on issues and realities related to gender identity. This further creates structural, systemic, physical and other forms of violence against queer bodies.

Sistaazhood (a transgender support group), Gender Dynamix, the Sex Workers’ Education and Advocacy Task Force (SWEAT) and the Sexual and Reproductive Justice Coalition (SRJC) partnered in putting together a TDoR event in Cape Town at the SWEAT offices. This took place on Tuesday, November 21, 2017.

This event brought together civil society activists and transgender persons to a space where they are confronted with the experiences of trans persons and engaging on allyship and how best to work in advocacy towards addressing violence on the basis of gender identity. Liberty Banks from Gender Dynamix gave an opening talk on the history of TDoR and expressed how it is unfortunate that beyond the vulnerability of trans people, they are still the ones who have the responsibility to educate people and communities on gender dynamix and complexities. “TDoR also commemorates the lives of transgender persons who have taken their own lives because life has become so unbearable”, she said. Liberty also stated that TDoR was a day for us (activists) to reflect critically on what is happening in our communities, in our society, in our country, regionally and globally. “Most of the killings on the TDoR website are in South America, Europe and some in the United States of America, and Africa is so silent with regards to the fact that this is actually happening in our continent”. She added that our [trans] brothers, sisters and gender non-conforming counterparts are being killed in the continent and this is being invisibilised and silenced because our society struggles with the fact that there is life beyond heteronormativity and being cisgender.

Activator Nkokheli Mankayi from Nyanga Crossroads says that the idea that being cisgender (a person whose gender identity and sometimes expression ‘corresponds’ with their birth sex) is the “right and only” way is violent and puts many trans and non-conforming people at risk of all forms of violence. “We grow up in communities where we and our peers are fed the idea that anything outside of being cisgender is wrong and sinful. This has resulted in many young people running away from home, being disowned, killed and murdered. It has to stop and we need to educate ourselves and peers more. I am non-conforming; my pronouns are neither he or she and yet I find myself having to be patient with people referring to me as a he. It’s exhausting to even have to correct people all the time”, they said.

This theme  also came up on a Life Orientation policy brief that was developed by the Critical Studies for Sexualities and Reproduction (CSSR) at Rhodes University, in which one of the key areas that came out was that Comprehensive Sexuality Education (CSE) in schools in heteronormative and enforces rigid gender roles among many other things. The policy brief can be found on the SRJC website here. This shows that the great amounts of time spent by children in schools learning about life skills is limited to heterosexuality and cisgendering when it comes to understanding bodies and one’s expression of gender identity. It is a structural issue that needs to be addressed from a systemic level.

We remember the lives lost due to hate crime, and we hope to start in our communities, teaching and educating our fellow peers, respecting and engaging with people in their diversities with no harm. All forms of violence and oppression must be addressed and eradicated. 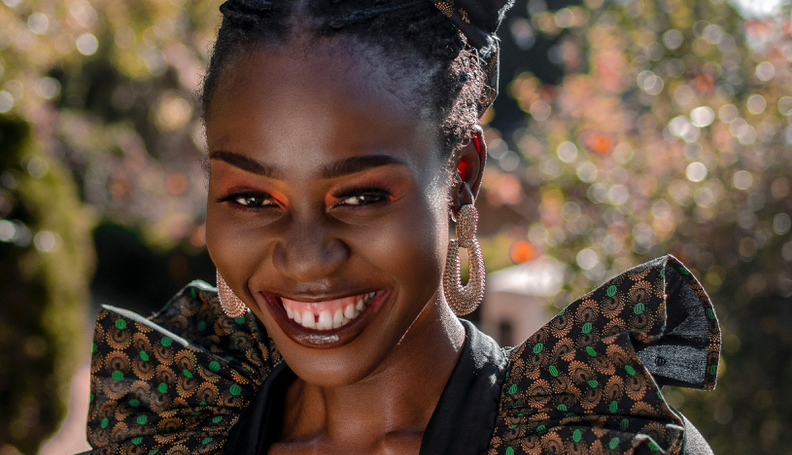 By Selokela Molamodi A wise woman once said: “There is no better representation of beauty that someone who is unafraid to be herself.��� This quote…