Human consciousness is an extremely complex and complicated concept to define, this is due to its wide scope that encompasses sociology, philosophy and psychology. Consciousness like all social constructs takes different forms and shapes throughout society, in the case of South Africa it has been consciousness in its political form that has dominated the greater part of the nation’s history in the last century. Political consciousness in South Africa was effectively utilised as a tool for mass mobilisation and became a conduit or vehicle to social change. It is due to that fact that the death of consciousness becomes a matter of serious concern which warrants greater interrogation. The death of consciousness is not only a threat to active citizenship but it is a bigger threat to participatory democracy, nation building and by implication a threat to development. The death of consciousness is indicative of a failing state and a society that is perishing; however to paraphrase the words of the Spanish essayist Miguel de Unamuno in his famous novel ‘The tragic sense of life’ where he argues “society is perishing, that may be, but let us perish resisting and if it is nothingness that awaits us let us so act that it will be an unjust fate”. Therefore the demise of consciousness has to be reversed so that a revival of a progressive consciousness which promotes an active citizenry can take its place and become a national duty.

The dictionary simply defines consciousness as ‘a sense of being aware of, alert and responsive to one’s surroundings’. This therefore implies that the death of consciousness means the complete lack or decline of awareness, alertness and responsiveness to one’s surroundings. Interestingly there exists a strong mutually inclusive relationship between consciousness and active citizenship; this is because once a society becomes aware, alert and responsive to its surroundings (particularly if they are detrimental to it) that society will develop ideas (ideologies) which aim to explain those surroundings and how to change them. Ideologies unfortunately cannot change surroundings solely on their own because they require vehicles to take them through history, they need institutions. This is how political parties, ngo’s, schools of art, churches and lobby groups begin; they are a means of putting ideologies into action. It is impossible to achieve this without recruiting and mobilising the population. This in essence means that consciousness is the building block of institutions, while institutions are building blocks of society. If consciousness dies in society so will the institutions followed by that entire society.

Karl Marx’s conflict perspective however complicates the entire analogy by its introduction of a concept it terms ‘false-consciousness’. Instead of society becoming a participant in its own governance it unfortunately becomes a wilful participant in its own oppression. A perfect example of this detrimental misrepresentation of consciousness is the current service delivery protests plaguing South Africa. Due to the death of progressive consciousness communities are under the mistaken impression that they are being active citizens who are holding their government to account; this they do by demanding services while destroying existing infrastructure. Communities burn schools, halls, libraries and police stations demanding clinics and electricity. This form of consciousness creates a vicious cycle of violence which erodes all forms of social cohesion. The ANC chairperson Gwede Mantashe a few years ago released a diagnostic report which aimed to explain why the party was experiencing a steady decline, chief amongst the reasons was that money had replaced consciousness as the basis for being elected into leadership positions at all levels of the party. If the ANC as a ruling party and a leader of society can admit to such one can imagine the damage to the rest of society’s institutions. 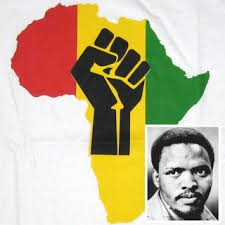