March is Human Rights Month in South Africa. A month dedicated to celebrating the rights of all human beings living in the world. I took some time to find out what Activators are up to this Human Rights month, and what they were doing on Human Rights Day (21 March 2018).

Dikeledi Makau is a 2017 Activator, originally from Mpumalanga and currently residing Alexandra Township. She is an education activist and is very passionate about development in South Africa. She has also been a South African Human Rights ambassador since 2008.

Dikeledi is also part of the Human Rights Commission and has worked with Freedom House, which is described in their website (www.freedomhouse.org) as:

“An independent watchdog organization dedicated to the expansion of freedom and democracy around the world. (They) analyse the challenges to freedom, advocate for greater political rights and civil liberties, and support frontline activists to defend human rights and promote democratic change.”

Makau says that she is most passionate about Children’s Rights, as she feels children are the most vulnerable and that they need the most protection. She is also against Xenophobia and she is currently planning an anti-xenophobia talk at Liberty College in Kew, a suburb in East Johannesburg. Talk about a young lady on fire!

Fire On The Mountain.

Constitution Hill, in partnership with the Human Rights and Social Justice Fraternity, hosted the inaugural Human Rights Festival from the 23rd to the 25th of March 2018. The festival commemorates Human Rights Day, paying homage to the victims of the Sharpville Massacre of 21 March 1960, and all the other heroes who lost their lives in the fight for democracy.

Activator Moedi Mokaba from Kagiso, West of Johannesburg, attended the festival and he shared his experience. Moedi says that he got to meet and engage with interesting people who are doing amazing things within the space of Human Rights. He enjoyed the live performances and says that he wishes to be one of the performers at the festival in future.

Moedi is a poet and also has his own company, BEAD EXTRA, which deals with fashion and beadwork. He is most passionate about the rights of disabled people, as he has a nephew who is living with a disability. He says that people living with disabilities are often marginalized in society, and that it is important that we remember that they are human too, and that they need all the love, care and support that they can possibly get.

It Is Your Right!

It is good that we have Human Rights and that we celebrate Human Rights Day each year. However, the sad truth is that many of these Human Rights continue to be violated every day, in many parts of the world. I urge everyone reading this article, myself included, to educate themselves, their friends, families and colleagues about the different Human Rights that exist; and the importance of exercising them, if we are going to have a world that knows right from wrong. Aluta Continua! 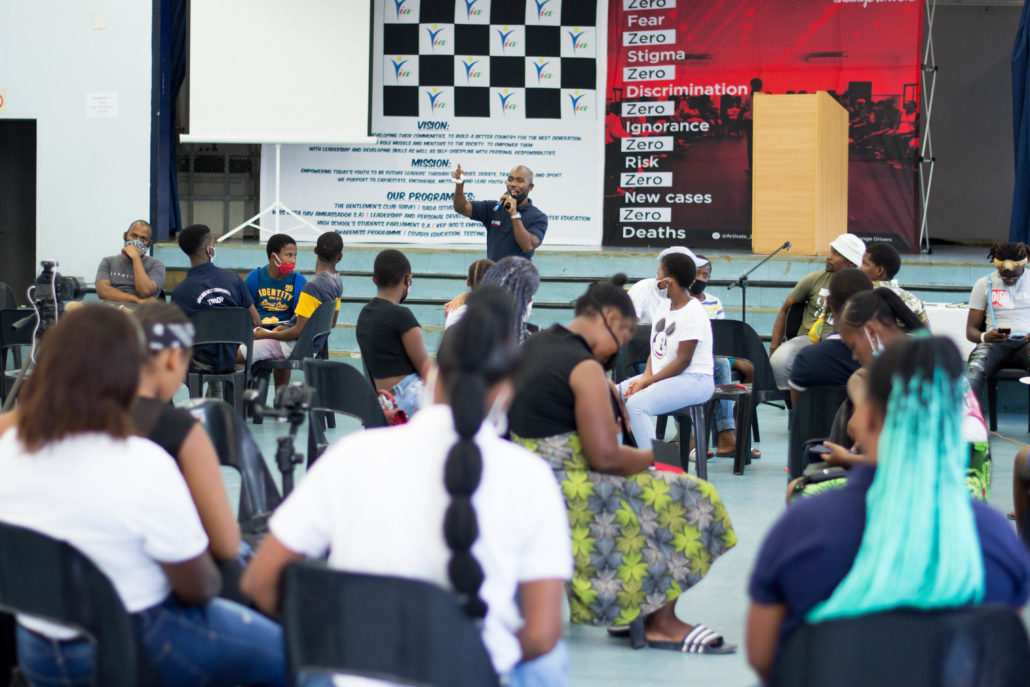 Activate Change Drivers held a discussion forum to celebrate International Women’s Day and reflect on Human Rights as part of its March calendar of events,…