During Apartheid, there was a socio-cultural emphasis on being independent, having a job, your own house, money, and a family. Suddenly, it is 1994, and there is a more fundamental emphasis on “youth”, who (as we have seen) were to be paralysed by failed ANC socio-economic policies. These policies were primarily designed to replace independence via jobs, with dependence on the ANC government.

The sobering result is a Post-1994 youth that enjoys wearing ANC bibs, as well as being nursed by a government that only provides them with mouldy milk; and expects them to ironically appreciate it as Maas (sour milk).

While South Africa’s education system derives its success from crippling learners, our youth is so deeply inflicted with unemployment that there are now young people, running business and wealth accumulation workshops (with no experience or business acumen of their own).

It is almost like in Spain, where a majority of companies have no employees, as many cannot afford to hire full-time workers. How can they, when making a profit and creating jobs was never their aim in the first place? Their objective, just like most (young black BEEE) entrepreneurs in South Africa, is to wear shiny suits, floral shirts, pointy shoes, warm the hands of corrupt government officials and get large tenders to distribute free sanitary towels or stationary in struggling rural schools in the Eastern Cape or Kwa-Zulu-Natal.

Thereafter, they boast to their friends (via social media) who are broke, depressed and unemployed, that they are the true epitome of Black Excellence; when they are indeed the cogwheels that keep the ANC Looting and Corruption engine running.

With all the billions the ANC government spends on futile Black Empowerment (BEEE) programs, one would expect that the problem of youth unemployment would be resolved by now. Instead, it keeps increasing with every bound-to-fail promise made by the ANC to uplift the youth.

Yet, the ANC, (which is now headed by the buttery Cyril Ramaphosa, instead of Zuma), believes that by adding more gasoline into the fire, the house will not burn down. That somehow through feebleminded – national minimum wage, youth wage subsidies, and land expropriation (without compensation) policies, the economy will suddenly yield jobs and exorcise this revocable curse of youth unemployment, which is now steadily approaching 60%. Among those in this category, 32% (over 3 million) are sitting at home idle (not working, studying or training), according to Stats SA.

These sedating welfare programs, which Zuma kept promising and reiterating at almost every SONA, are no different from the lazy parent who feeds her wailing and hungry children candy, in an effort to keep them quiet. As opposed to feeding them healthy meals, with the aim to keep them well nourished and strong especially against diseases like tuberculosis.

Instead, South Africa’s youth is more dazed with the ANC’s Radical Economic Transformation haze than they are with Prosperity. Seemingly, with Radical Economic Transformation, they can at least thrive on the illusion of ownership, capital, financial equality and success. While the real owners and benefactors remain ANC Looters who successfully masquerade as entrepreneurs, bamboozling the gullible youth that does not know any better.

While minimum wage policies are already making it more expensive for employers to employ people, it should be obvious by now (especially when learning from the failures in Spain, Greece, Argentina, Portugal and Venezuela) that no government law that determines how much a business should pay its workers will yield any fruitful results. These interventions only make it easier for the government to prevent businesses from making a profit and creating jobs due to exponential overhead costs.

The unconstitutional Land Expropriation Act which Zuma urged Parliament during his 2017 SONA speech to continue engaging on, in order to fully implement it, is so delusional that even a school child can recognize its futility. According to a study by the Institute of Race Relations (IRR), over 92% of those who received free land opted for financial compensation instead. Moreover, while only 2% of the respondents regarded land as necessary, 78% of the respondents indicated that they would rather have jobs and decent education over land.

This should be a very cold assurance that, the ANC is totally incapable of progressing South Africa, especially its youth.

The unfortunate reality for most black South Africans is that opting for an alternative to the ANC, is just as lethal as being a black teenager like Stompie left in a room with Winnie Madikizela Mandela and her private bodyguards in the 1980’s . It’s almost like expecting black people to admit that keeping blacks in government (ANC) has done nothing but fail, divide and impoverish more (black) South Africans than they have improved.

The best way in which we can attain prosperity is if we expand on our investment and support of economic spaces, such as factories, in every province, where our youth can contribute into making what the world consumes the most. That is, anything from shoes, laptops, car batteries and even clothing.

This is how countries like China, Japan, South Korea, Germany and Singapore continue to prosper, while the rest of the world lives on debt, poverty, massive inequality, welfare and perilous government expenditure.

What the youth should be doing is to put relentless pressure on the government (as they did with meaningless Free Education) to work with the private sector, trade unions and Technical Vocational Education and Training colleges (TVET’s), in order to create jobs and opportunities to advance the youth. While simultaneously training and producing mechanics, engineers, artisans and plumbers, whom our economy needs the most; other than aloof service-economy stewards such as (contemporary) university graduates.

It is now time for a new era of young, free-market capitalists (especially black) to emerge and create jobs, instead of enriching themselves with unsustainable government tenders.

Only this way can we effectively purge the Curse of Youth Unemployment and usher in the true Prosperity South Africa deserves.

References can be provided upon request 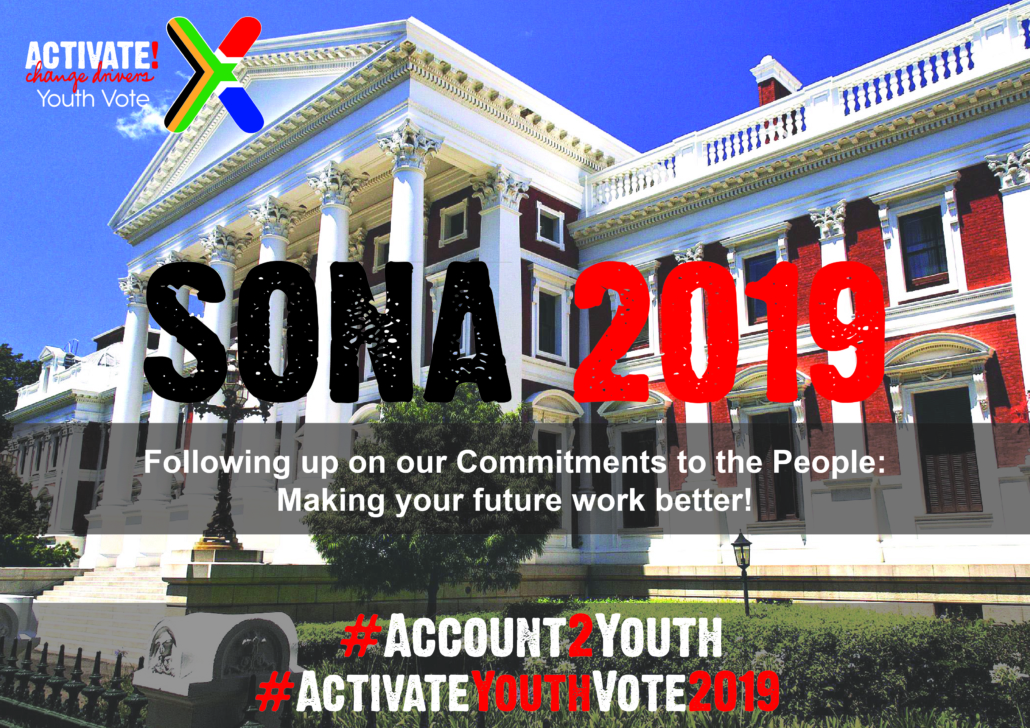 By: Prince Charles The State of the Nation Address (SONA) is one of the most important highlights on the South African socio-political calendar. The SONA…