Kay-Dee Mashile 2018-10-29
0 Comments
By Koketso Marishane
The more things change, the more they remain the same: What a time to be alive!
Indeed, our country South Africa is in a fascinating but sad era. Just when we’re glad to see a few face changes in the upper class, only to be shown who’s boss. This is mainly due to the Medium Term Budget Speech by the fresh from the box Finance Minister Tito Mboweni on his anti-poor presentation in parliament last Wednesday.
With the national unemployment rate at an all-time high of 37.2%, the prospects of a better future for black young South Africans looks rather sad. Lately, with the recent shortfall in tax revenue of approximately R50 billion resulting in poorest of the poor having been the target to bleed the most from the loss, on a VAT increase of 1% from 14% to 15%, we’d wonder when will things change, to get better? Hence the very same short-fall has everything to do with corruption: State capture and the deliberate and corrupt incapacitation of the South African Revenue Services (SARS). Should we add more?
These were done through the ANC’s facility called ‘cadre deployment’, which continues to ensure that strategic institutions are run by their party puppets who would implement direct instructions from Luthuli House.
Mindful of the already tax increases from February, it’s sad to even do forecasts on revenue growth, which has been revised down by R27.4 billion in 2018/19, 24.7 billion in 2019/20 and R33 billion in 202/21 of the 2018 budget.  It is confusing to fully comprehend where and how the state hopes to raise this money from taxes, starting from February, when at the same time the Finance Minister said tax collection will be decreasing in the next three financial years to come. The reality is, it’s mostly the working middle-class who’ll be taxed more to cover for both the poor and the rich.
Mindful of the current national debt estimated to stabilise at 59.6% of the Gross Domestic Product in 2023/24, whereas the currency depreciation accounts for approximately 70% of the upward revision to the gross loan debt in 2018, we’d ask ourselves which direction are we taking as a country? Whence the consolidated budget deficit is estimated to be at 4% in 2018/19, compared with the 2018 budget projection of 3.6% of GDP, something is really not right.
Surprisingly, Tito Mboweni did not care to mince his words about poorly run and mismanaged State-Owned Companies (SOCs) by the puppets of the ruling party.  After all, this is where major corruption takes place. To quote him, he said: “While some state-owned companies receive funding in the current year, their poor position could burden the public finances over the medium term.  In recent months, deteriorating economic performance and revenue shortfalls have contributed to some spillages in fiscal projections”.  Sadly, this is the same person who’ll continue to burden the state fiscus with massive bailouts to the poorly run SOCs all in the name of loyalty.
“SAA has a R19.1 billion government guarantee, R14.5 billion of which has been used.  Debt of R14.2 billion is maturing in or before March 2019.  In 2018/19, the government is allocating R5 billion to help the airline repay this debt.  In general, SAA is not generating sufficient cash to repay its total debt and will have to negotiate with lenders to refinance or extend maturity dates”, so said Minister Mboweni again.  The captured SARS will also be receiving R1.4 billion over the next 3 years to help it with efficiencies.
A bitter pill to swallow presumably because the state cannot continue to be perpetually throwing the taxpayer’s money into a bottomless hole. Ultimately, for SA to be back on track, the SOC must be restructured, and their mandate reviewed.
South Africans should be shocked by the silence of the MTBS on the illicit financial flows. The 2017 Report of the Global Financial Integrity puts South Africa’s financial loss at R1.5 trillion from 2003 to 2012.
That figure alone represented an estimated 14% of the total trade.  While SARS has been deliberately emasculated by the ANC’s deployees, we know that there has been no political will nor initiative by the Financial Intelligence Centre (FIC), Hawks and the NPA to follow  these illicit money flows and bring the perpetrators to book, simply because the ruling party doesn’t feel obliged to account to anyone nor see the necessity for public transparency where it governs.
Rather than instituting strong planning, monitoring and evaluation mechanisms into the public sector, the state continues to rely on Commissions of Enquiry with respect to white collar crimes. Nothing surprising though, because the very same Commissions of Enquiry are receiving approximately R410 million taken from our taxes.
Prior his MTBS delivery, the minister continuously shouted about the Public Service Wage Bill and headcount that stood at approximately 80% of the budget. How tragic from a Finance Minister! We know for a fact that, the Wage Bill in South Africa accounts for 35% of government expenditure.  Amidst to say, that it’s not surprising at all that the ANC is always targeting black workers and the poorest South Africans when belt-tightening measures have to be implemented. After all, that’s the only way they know best.
However, the downward revision will also affect the economy that was predicted to grow by 1.5% in February this year, yet Treasury has now put the growth prediction at 0.7% in 2018, which is almost impossible. On the other hand, the National Development Plan (NDP 2030 Vision) dreams of a roadmap to 2030 where the unemployment rate will decrease from today’s 37.2% to an unbelievable 6%. Realistically, this is difficult judging by the mismanagement of the economy by the ruling party within the Quarter of a Century they have been in charge.
Let’s hope for the best under Minister Tito Mboweni.
Photo Cred: TimesLIVE
Categories: Activator Opinions 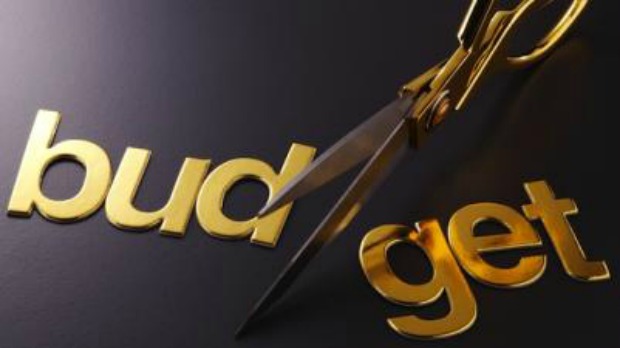 By Tshepang Mokgatla We live in a very interesting political climate. Could it be that miraculously we now have a government that takes youth challenges…