“The truth commission was a structure to grant amnesty in acknowledgement of the truth at a price, it was a necessary compromise but it is not justice. But how much more injustice would there have been to innocent people on either side of the divide if there had not been a settlement?” George Bizos

The death of veteran anti-apartheid and human rights jurist George Bizos marked an end of era in South Africa’s history; Bizo’s death followed the death of Andrew Mlangeni the last remaining stalwart of the Rivonia Trialists whom George Bizos represented alongside Braam Fischer in 1963. A Greek refugee who arrived in South Africa at the height of the second world war in the 1940’s and could hardly speak a word of English or Afrikaans but went on to become a key pillar of the anti-apartheid movement. President Cyril Ramaphosa described Bizos as a legal eagle who contributed immensely to the attainment of South Africa’s democracy and the incisive legal mind who was also one of the architects of the country’s constitution. Nelson Mandela’s family and grandchildren Mandla and Ndileka Mandela heaped praises on Bizos declaring him a paragon of humility. George Bizos certainly leaves an indelible mark in the annals of South Africa’s history for standing up against injustice and abuse of power both in apartheid and in post-apartheid South Africa.

However as the condolences continue to pour in, one cannot help but to critically reflect on the contradictory legacies that struggle stalwarts leave behind, the critical questions about the type of societies they helped to construct and whether the concessions they made have had a negative bearing on our future. The debate about their legacy is an important debate that should be allowed to proliferate onto public discourse; did they in their concession sell us out? Or is it their predecessors who failed to have a follow through? The answer to all these questions is not as easy as it appears however what is certain is that the society they helped construct is reproducing inequality and corruption and that criticism cannot be divorced from the debate about their legacies.

American philosopher John Dewey in his 1916 book titled ‘Democracy and Education’ argues that every generation has to rediscover democracy, this means young people should not merely be recipients of democracy which is passed down but they must rediscover it for themselves and question its foundations where necessary. Therefore the youth who feel that George Bizos, Nelson Mandela and their generation failed to negotiate for a more economically just society shouldn’t be punished for that radical thought. Those who believe that the perpetrators of apartheid should have been jailed instead of being given amnesty, those who believe the freedom charter was wrong in granting oppressors the same status as the oppressed should be allowed to voice those opinions as it is a journey through which they will rediscover democracy.

However retired Judge Dikgang Moseneke a close colleague of George Bizos cautioned young people in their dissection of legacies not to view them in a vacuum, “bantwana bam revolutions are not linear they are dynamic and meander”. This therefore means in our criticism we must bear in mind not to use current reality as a lens to understand historical facts, young people do not all share the same sentiments about struggle heroes, some view them as heroes who have been catalysts for social change who through sheer personal conviction and patriotism fought for an equal society. They put in place blue prints for a better life.

The death of George Bizos comes at an interesting time where there’s a steady rise in ethnic nationalism with young people like ATM leader Vuyo Zungula arguing against the employment of foreign nationals under the guise of #PutSA1st which argues that South Africans must be put first, yet it has been “foreign nationals” like George Bizos who have been instrumental in changing the historical trajectory of South Africa. Whether they are heroes or sell-outs their contribution has been important, but perhaps these labels are not important because this is where the power currently resides and young people should be perhaps finding ways to talk to that power, changing how it works and potentially taking some of it for themselves. 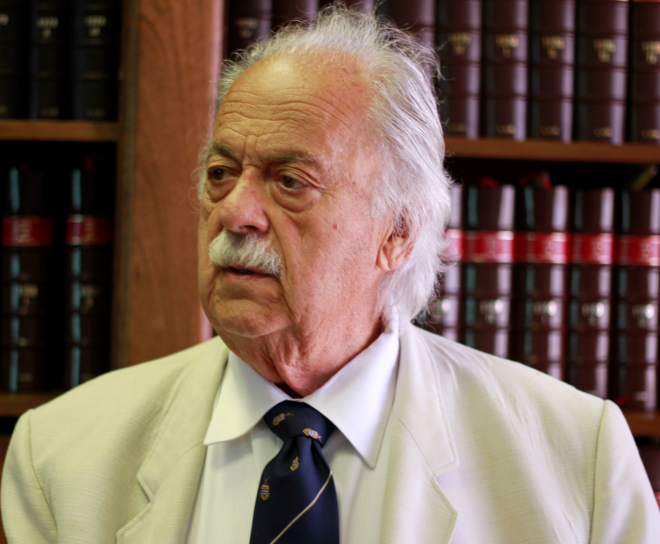 By Lindokuhle Ntuli I often wonder, as a young leader and activist, what fuelled the spirit of activism and active citizenry in the generation of…