“Then I said to them, “You see the trouble we are in: Jerusalem lies in ruins, and its gates have been burned with fire. Come, let us rebuild the wall of Jerusalem, and we will no longer be in disgrace” Nehemiah 2 verse 17

Independent African churches in South Africa have a following that is estimated to be over one third of the nation’s population, and have played an important transformative role in the lives of many in the last eighty years. They have done this through  institutional imagination, where they were able to infuse African values with Christian values, this form of cultural/religious innovation in turn produced a purely African form of black liberation theology which reinterpreted the gospel of Jesus Christ and tailored it to speak to African realities and culture. As a result of this reconfiguration of the gospel, African independent churches attracted millions of adherents throughout the sub-continent because their message resonated and spoke to their lived reality and therefore made it easy for them to find expression within these institutions. Due to decades of ridicule- partly at the hands of ‘mainstream churches’- African independent churches shunned public discourse and carried on with their affairs in seclusion and on the periphery.

This contextualisation is important because South African society has always seen and continues to see African independent churches merely as conservative spiritual institutions on the outskirts of mainstream society, steeped in patriarchy and traditionalism. However, the onset of the covid-19 novel virus has demonstrated the vital role that these institutions have in South Africa’s social make up. Suddenly, South Africans who never cared about Bishop Baranabas Lekganyane’s Zion Christian Church or Isaiah Shembe’s Nazareth Baptist Church, took a keen interest in the views of these institutions and whether they would cancel their massive gatherings or not. At the same time, it is the covid-19 novel virus that has also given a brief scope to some of the deep rooted structural problems that these institutions have and how we- as young people- can tackle these to make sure that such institutions continue to give greater and valuable meaning to society.

From observation, there appeared to be a lacklustre response to covid-19 virus by African independent churches. Even after their meeting with President Cyril Ramaphosa about a possible lockdown, churches issued feeble statements calling off Easter gatherings. These statements had no vigour or conviction. One would have thought religious figures would show greater enthusiasm because this particular virus posed a direct threat to their flock and the future of belief systems.

There are two possible reasons for this. One can argue that African independent churches now function more like businesses and care first and foremost about revenue than the livelihoods of their individual members. However such an argument would be a generally unfair statement to make. Another view would be that African Independent churches genuinely do not know how to react to such epidemics (and are unwilling to), the same way they still cannot preach about the HIV/Aids virus from their pulpits- yet the virus continues to infect many of their members.

This might appear to be a veiled attack on the institution but it is- in fact- a call to action. Particularly, for young people who are part of these churches. African independent churches are grappling with a challenge of a lack of institutional imagination- which is the ability of an institution to take its values and norms and reinterpret them into existing and possible future reality for the benefit of its members. This is where young people are crucial, because they are able to reshape and challenge power structures which do not assist them in finding meaning in society. Therefore, young people must not only challenge political elites in society, but church power structures as well because- as Jude Law argues in his portrayal of The Young Pope- “if the gospel cannot embody institutional imagination it runs the risk of becoming mere exhibitionism.” 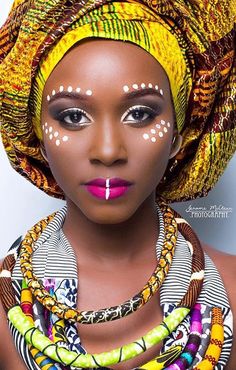 By Kay-Dee Mashile From the very beginning of time, women have been a fascinating topic of discussion. Yet defining a woman is proving to be…

Koketso Marishane asserts that because 60% of Africas population is below 35 years old, intentional investment in youth-focused initiatives could breed double-digit growth and genuine development across the continent. He examines the significance of education and how it should change in South Africa.