“One day when I die, remember me as that person who always smiles even when his heart was broken. That person who could brighten up people’s day even if he couldn’t brighten up his own. The one that accepts defeats, disappointments and continues to live a happy life without bitterness. That fellow who finds happiness when others succeed. A gentleman who never understood why people get jealous or mad when others do good.

A humble man with a heart of compassion, heart of humility, heart of gold and a heart with overflowing love. An ultra passionate hater of uselessness and lies. Social engineer, Planetist, pragmatic luminary and advance groundbreaker for the development agenda.’’

Those are the words of the great Action Setaka who passed away on Saturday, 5th of December.  Setaka was known and loved for his passion for literacy, politics, community development and infectious personality.

Devastated Activators throughout South Africa took to social media and other media platforms to pay tribute to the fallen hero.

One of those is Nthabeleng Jabani, who worked closely with Setaka. She revealed that a few months ago Setaka hinted to her that he was thinking his time on earth was coming to end.

“I first started losing him when he publicly asked for space after he had mentioned that he felt like he feels like his soul is leaving his body in July this year. I didn’t entertain that thought because I had not thought about my life without him. I should have known and prepared myself for this moment where we would wake up to news that he is no longer with us on this earth. Action was one very special person who could see potential in others and commit unconditional support to them. Talking about such a gentle giant in the past tense is devastating, but I will cherish everything he taught me,” said Jabani.

In paying his tribute to the late hero, Nelson Simelane said Setaka was ‘simply the best among us.’ According to Simelane, Setaka’s diamond edged intelligence shaped many young people for the better.

“Give him any type of audience, hostile, uninterested, old, young, women or men, Action was one person you could take to battle to unlock solutions. He had no match at all; he hated lies and never told any audience he addressed lies. Every audience arrived with a problem and they left with a solution to their problems,” he says.

“He was a solution provider and a social engineer. His bag of solutions was always full. Now I believe the aphorism that contends that graveyards are the richest places. Today we are left poorer by your untimely passing Action Setaka,’’ says Simelane.

North West based Activator; Gabaiphiwe Makgaka said she will remember Action for his passion for literature and social development.

“Action’s charismatic personality and positive persuasive ability forced everyone around him to listen to his progressive ideas. He was well aware of his power and influence. He never used that for self-gain but rather as a tool to unleash literacy empowerment opportunities for South Africa young people. Action also made community development his life mission. Action knew that his careful word selection can positively change the lives of those who interacted with him. He then made sure that he used that to attract positive contribution to society. Those are some of the things I will always remember about him,’’ says Makgaka.

Durban based Activator, Silindelo ‘Lokishi’ Martin shares what Setaka meant to her; “It’s very difficult to accept that I will never see or talk to the man who epitomised what it means to live life to the fullest. I will always remember him for that and many other good things he did for people.  Action was very passionate about literacy. Starting an ‘Action Setaka Literacy Awards’ would be one of the things that we as the ACTIVATE! Network can do. I am sure he would be extremely proud of us if we can make his dream of educating Africa’s youth possible,” says Martin.

As his close friend, Themba Planetist Vryman eloquently put it on his Facebook status – When the lightning bolt of death strikes, it destroys everything. It even destroys the ability to find words to explain its effect.

Once the family has consulted with all affected, ACTIVATE! will get guidance about Setaka’s memorial service and funeral. Once those details are available, ACTIVATE! will communicate to the network.

But most of all Activators will miss
The way you made them feel,
Like nothing could ever harm them because
Your presence was so strong and real. 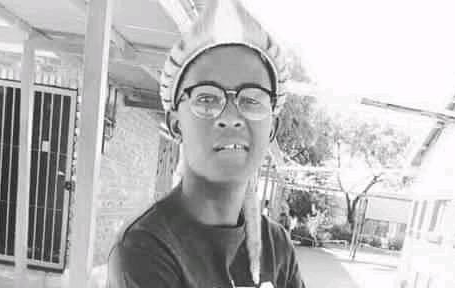 By Lwazi Nongauza, ������I would like to believe that I played my role in executing my purpose on this earth. I played. I smiled. I…

For some ACTIVATE! is just a training programme, for some it is a space to connect, a place of belonging, for some it is part of their journey as agents of change four Activators give us a window into their lives and how being part of this network has touched their lives.