Contraception has been of part women���s sexual and reproductive lives for decades. As the world has been evolving medically, so has the different contraception options. This has become to be an overwhelming topic amongst women trying to figure out the most preventative method to use.��

A! Health Sector hosted a webinar around contraception, to ensure women and men are aware of the methods available to them and help assist in choosing the correct option. Marie Stopes managed to educate our audience on the process and medical examination one needs to undergo before choosing an option.��

Contraception describes the wide range of methods or devices used by women and men that are introduced to a person’s body with the intent to prevent pregnancy. The different types of contraceptives included are grouped as long-acting reversible contraception known as LARC which prevent contraception for 3-10 years. These methods are reversible as the moment you stop using them the effect of the contraception wears off in your body and you can fall pregnant again. Examples of these contraceptives are:

The side effects of these contraceptives include breast tenderness, moods swings, frequent headaches, and changes into the menstrual bleeding patterns.

There are also short-acting contraceptives such as:

The side effect of these contraceptives are changes in menstrual bleeding, skin irritation, appetite, and body weight with chances of mild headache.

Women in the community have been complaining greatly about the side effects of contraceptives in our local clinics and the unavailability of these options. Boitumelo advised that this may be due to the delay of manufacturing and the supply of these products to the local clinics. Nurses also do not have sufficient time to educate patients on the various methods of contraceptives which in turn results in medical examinations not being done to ensure women choose the best suitable contraceptives to them. Chronic illness plays a big role in deciding the most suitable contraceptive method – for this reason, it���s vital for both men and women to do a health check-up.

The audience also raised concerns around sterilization not being permanent as there are cases of women falling pregnant years after the procedure. Lewele confirmed to say sterilization is not 100% effective and women do face a risk of becoming pregnant even within a year after the procedure. Women using hormonal procedures have also raised concerns of losing sexual desires, which Lewele advised it may be due to the decrease in testosterone, which is the hormone that influences the sex drive. A significant solution may be to change your contraceptive method to non-hormonal birth control methods – IUD or condoms.

Men and women need to be educated greatly on sexual reproduction and health. This will assist them in being able to select the best contraceptive suitable for themselves. It will also reduce unintended pregnancies and abortions. Additionally, it will allow women to participate more efficiently in our society with reduced anxieties of falling pregnant. Understanding contraception allows families to make better choices; increase the intervals between child births, which in turn will result in improved mother-child relationships and family life.

By Sinothando Ndelu The public health system can be very intimidating. The repeated stories of abuse and obstruction to care make it difficult for adolescent… 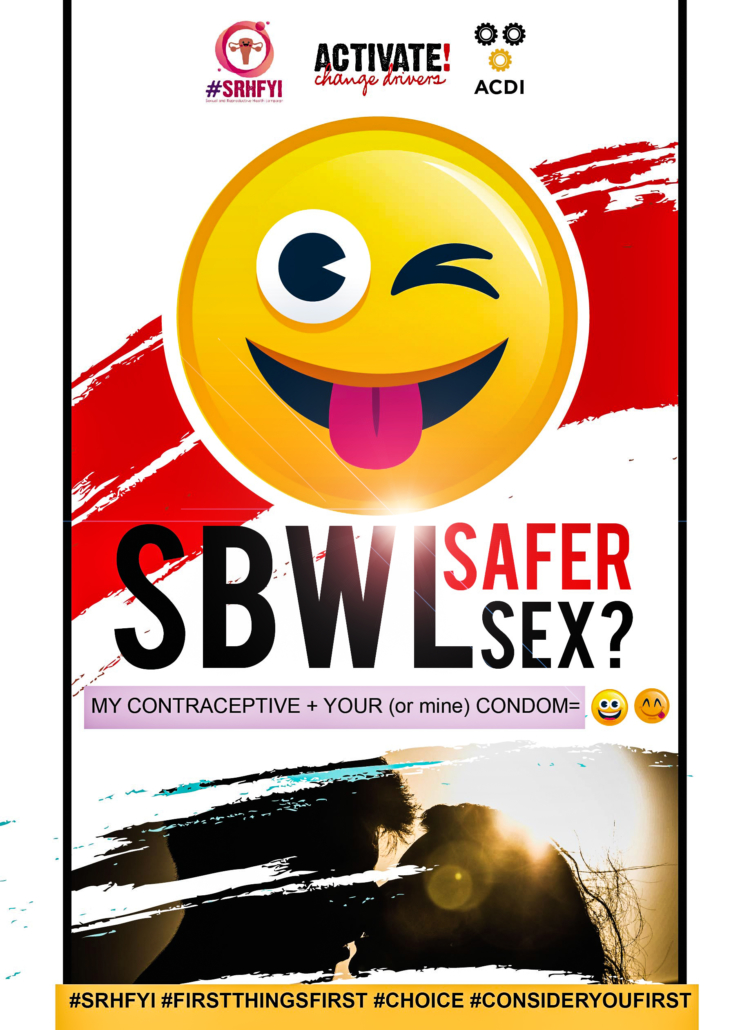 Writer: Sinothando Ndelu Healthy sexual and reproductive habits can improve your quality of life. Which contraceptive is your partner on? Which condoms do you like…