“I am (concerned) about our mental state as young people. What are you going through? What is it that we can learn from each other? I am inviting us to have these difficult conversations which will get us all into action again. It is not about the banner, I challenge you to engage in conversations and I also challenge myself to be a part of those conversations!” Those were the remarks expressed by the new CEO of ACTIVATE Change Drivers, Siphelele Chirwa to Activators during an informal online discussion on the closed ACD Facebook group via livestream. The CEO answered some crucial questions from the network, as well as kicked off the first of what is now going to be monthly online engagements between herself, the executive team, and the young people within the ACTIVATE Change Drivers network.

One of the first questions posed to Siphelele during the engagement expressed concern over the impact of the national lockdown on the scheduled ACTIVATE Change Drivers training programme for the current 2020 cohort. Siphelele reassured Activators that the programme for 2020 has not been cancelled and that the organisation is reworking the schedule and exploring various platforms to make the programme work for the 2020 cohort.

Tsipa Tlou Motlokwa commented that the network should expand across the SADC region, a vision that CEO Chirwa also shares. “Success in my eyes is Activators doing good and expanding their reach of positive change as far as possible,” she said.

“What is the purpose of expanding the network further if we cannot move further in unity?” was a question asked by Nonhlanhla Thabie Zondi. Siphelele acknowledged that there is a lot of work that needs to be done by all of us in order to strengthen the network. She pointed out that as much as ACTIVATE! the organisation has got the internal task of keeping the machine running, it remains mostly up to the larger network to reimagine itself so it can keep growing and evolving.

A question that came up a few times during the discussion was “how is ACTIVATE! responding to the Covid-19 pandemic?” The CEO stated that it is not ACTIVATE’s intention to respond only for the sake of responding but that the organisation is assessing the situation so that it can respond in terms of what the network is mostly in need of.

Most of the questions posed during the discussion were around network support, including a plight that entrepreneurs within the network be considered for services like transportation to youth hubs or ACD training venues. The CEO confirmed that indeed the organisation continues to look within the network first before outsourcing service providers.

“These are tough times,” Siphelele concluded. “For everything that we have been working towards, change has come and altered our path in a huge way! We are moving and working in unchartered territory. What is important right now is that we keep safe and follow the government’s lockdown guidelines but not freeze up because of the situation.”

“I cannot do it on my own, I am willing to learn. Next month we must go even further and deeper into the discussion. My hope is that these conversations answer all your questions but I hope together we also find solutions on how we can move the network forward more effectively,” she concluded. 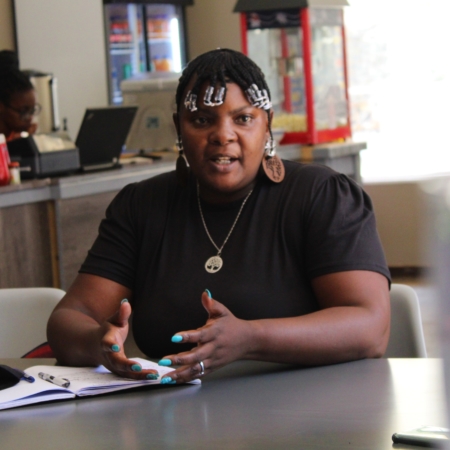 By: Paul Mabote It has been repeatedly said that a true leader does not say to his followers “build this house!” No. Instead, a true… 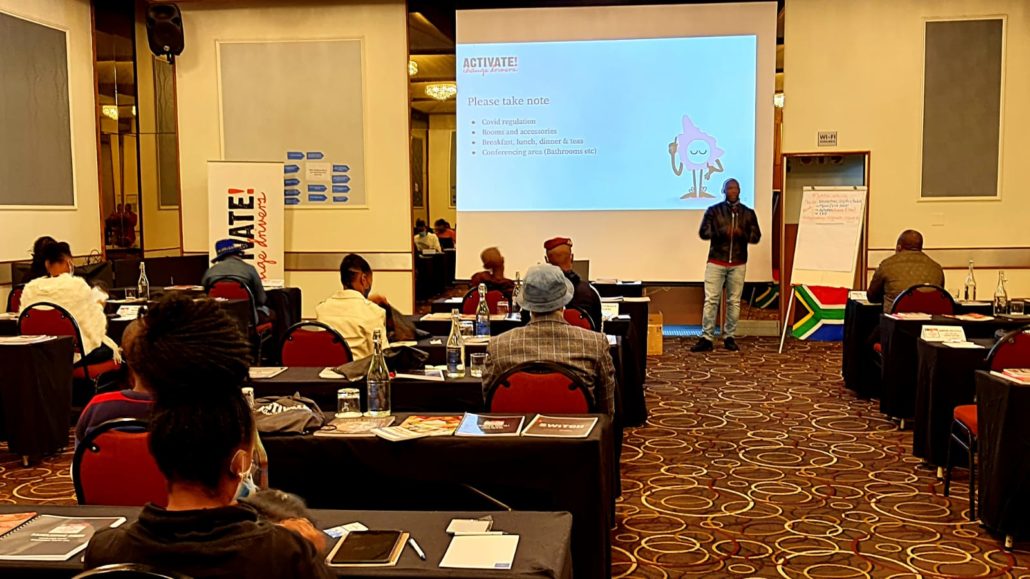 By: Paul Mabote Youth Hub leaders gathered for three days in Johannesburg to discuss ways to increase the impact of their youth hubs… From the…