Over 70 Activators came together for what was to be a splendid day full of insightful information-sharing and networking. This article gives a summary of the events of the last day of the Switch seminar, which was organised by the Provoke team.

Tebogo Motlana of ACTIVATE! helped keep the energy of the group up with youthful song and dance. MCs Lerato Mokopanela and Jessie Mart began the day by facilitating a reflection session with the Switchers, to look back on day one of the seminar and to discuss what different Switchers took away from it.  Activator Themba Panyana recalled a session that made him wonder whether South Africa is indeed ready for the fourth industrial revolution or not, given the many various and immediate problems it is facing, such as corruption and substance abuse.

Koketso Khumbula, an Activator and Switcher from Pretoria was sadly gunned down and died a week before the seminar. Nhlanhla Ndlovu invited the Switchers to observe a moment of silence to remember and to pay respects to the late, ever humble young man. R.I.P

A youth panel discussion then followed, facilitated by Activator Abongile Mcoteli and with Activators Reggy Ndala, Vuyokazi Ntlebi, Selekanye Seribe, Paul Mabote and Jabulani Thabethe as panellists. The title of the discussion was The journey to Switching ideas into enterprises. The discussion helped shed light on the progress that the respective panellists have been able to make in their businesses and how being part of the Activate network has assisted them in their journeys.

The breakaway sessions were followed by two more items, a panel discussion with representatives from the Department of Economic Development (facilitated by Tebogo Motlana), and an insightful presentation by his Excellency Mr. Park Jong Dae, who is the ambassador of South Korea in South Africa. Mr Park Jong Dae’s presentation gave information on how South Korea was able to use its social capital to improve the country’s economy, and how the same strategy can be used by African countries.

The space was graced by a special visitor, the CEO of ACTIVATE! Chris Mentjies; who closed off the last day of the seminar with a powerful exercise. He invited the Switchers out onto the lawn area and asked them to imagine that the lawn was a ferocious river and that beyond it lay each individuals’ biggest and most meaningful dreams. Because running carelessly into the river would be very dangerous, Chris asked the group to imagine the stepping stones that would help them reach their individual goals and to think carefully about the actions and behaviours that those stepping stones represent. Mr Mentjies helped conclude the final day of the seminar by delivering a powerful message: see it, believe it, and follow small, planned steps to achieve it. 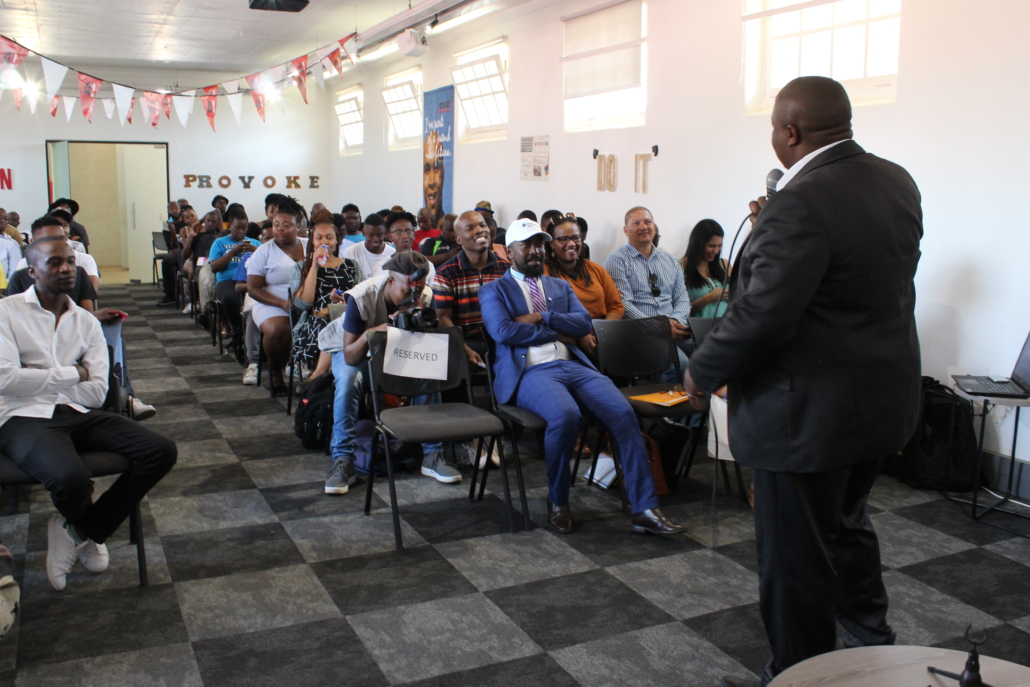 By Paul Mabote Social Entrepreneurs are indeed special. They find and implement creative solutions to social problems faced by many other people. Be that as…

By Paul Mabote Switch it up! Switch is a 10 month Social Entrepreneurship programme powered by Activate! Switch works to connect Activators who are social…