Prince Charles from Port Elizabeth in the Eastern Cape describes himself as a critical thinker who believes in the future of South Africa. He is a firm believer that a non-racial society founded on a shared national identity is possible.

What are you championing in your community?

In my community, I champion causes related to gender, crime, youth development and the promotion of debate.

How are you driving change in your community?

I champion several causes in my community. Having being part of the Youth Development Agency and as part of their Start Here campaign, I train and assist youth who are still at school with career and subject choices. The team has also been working with youth who are out of school and are looking for employment. We assist them with training on how to compile CVs while assisting those fortunate enough to be called for interviews with skills on how to cope with interview questions.

I also work closely with the religious community; predominantly Christian churches effectively encouraging a greater involvement from them on prevalent social issues.  I furthermore have a close relationship with several NGO’s where I facilitate gender talks for learners and discuss concepts of gender. This looks at how young people can break the cycle of gender stereotypes which has, in many instances, resulted in gender based violence.

How has ACTIVATE! and the network supported you in driving change?

Why have you decided to be part of the Bus Journey?

I decided to be part of the journey because I see it as an opportunity to explore what other young people are doing and how they have managed to deal with several challenges. Therefore, I am of the view that this journey is an opportunity to learn.

What are you hoping to take out of the Bus Journey?

Firstly, I hope to take out motivation from the Bus Journey. I also hope to learn and obviously network. I am of the view that the sharing of experiences is important and vital in any form of development an individual wishes to endeavour.

What are you most looking forward to on the Bus Journey?

In an ideal world, who would you like to engage in conversation with on The Journey? Why?

I would like to engage in conversation with activists like Jay Naidoo or analysts like Angelo Fick primarily because most of their analysis is quite progressive and balanced on prevalent issues.

What are your plans for next year?

Next year, I plan to finalise my studies and also work closely with various stakeholders I have met in Namibia where I am currently based to draft plans and programs used to handle a serious issues affecting the youth in Namibia. An example is the issue of “passion killings” which is quite prevalent in Northern Namibia.

How will you be involving the network in your plans?

I believe the network has a major role to play. I will be using the training methods which I learned from ACTIVATE! and possibly attempt to get representatives of the network to come to Namibia and outline to the various Namibian structures of government what the network does in South Africa and the benefits of having youth led interventions.

A third year student at the University of Fort Hare, Sikhonza is passionate about using Imbizos as a mechanism to initiate and evolve dialogue in communities. 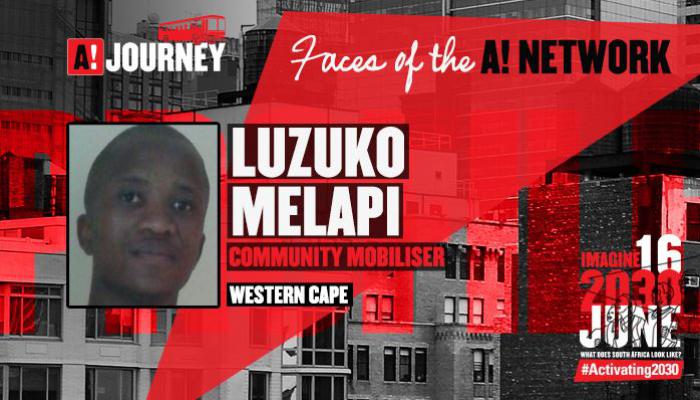