Two busses; one in Gauteng and the other in the Eastern Cape; each occupied by 18 young leaders who strive to make a tangible change in the poverty stricken communities they hail from. These young individuals understand that change does not occur overnight, but they also understand that change can begin with a mere conversation.

ACTIVATE! Change Drivers, a youth-led organisation of 2000 members recognises the instrumental role young people play in society. To this end, they will be embarking on a three-day journey visiting historical sites that will see young leaders from as far as EXesi in the Eastern Cape and Kabokweni in Mpumalanga come together to initiate an enduring conversation that will send vibrations through the veins of the country.

The three-day journey will form part of a three part television reality series produced by Urban Brew Studios called #Activating2030: A! Journey. The reality series will tell a character-driven story of the convictions, motivations and opinions of the young leaders on the bus. In the series, the courage and convictions of these young leaders are brought to life through the various developmental projects they champion in their communities.

“I feel that this platform will allow me to interact and engage in a dialogue of a different nature and on different issues that we hardly talk about. The journey also provides a platform where Activators can showcase how they are trying to change communities,” said Lisa Silwana who will be on the Eastern Cape bus.

Two groups of youth aka Activators from across the country will converge in two busses embarking on two different journeys that will take place simultaneously in Gauteng and the Eastern Cape. One of the motivating factors driving the ACTIVATE! journey is to foreground the concerns of the youth, their intentions and their dreams in a manner that is as authentic as the ACTIVATE! Network.

The entire journey is constructed around themes like leadership and identity which are made more profound by visiting historical sites like the Hector Peterson Memorial in Soweto or the University of Fort Hare in Alice. By visiting historical sites of significance, the journey confronts great leaders and events of a bygone era that evoke conversations around leadership; the role of the youth; the significance of the past and the hope for the future.

Throughout the journey, Activators will engage in conversation with prominent individuals like Paleoanthropologist and Sangoma, Dr Nonhlanhla Vilakazi; Imtiaaz Cajee, biographer and manager for the Ahmed Timol Trust and 1976 student leader, Seth Mazibuko, among others. The aim of these discussions is to drive dialogue around what is possible for our young democracy.

“I have never been to Soweto, which holds a very rich history of our country. I am filled with expectancy when I think of visiting the Hector Peterson memorial for the first time,” said Anele Wondo from the Western Cape who will be on the Gauteng bus.

The ACTIVATE! Bus Journey is only five days away and promises to be a journey of discovery; unearthing a narrative that will map out a country envisioned for 2030. By showcasing inspired youth who are driven to see a country in which all citizens thrive, ACTIVATE! opens a discussion firmly entombed in creating solutions that can be a catalyst for problem solving and innovation. 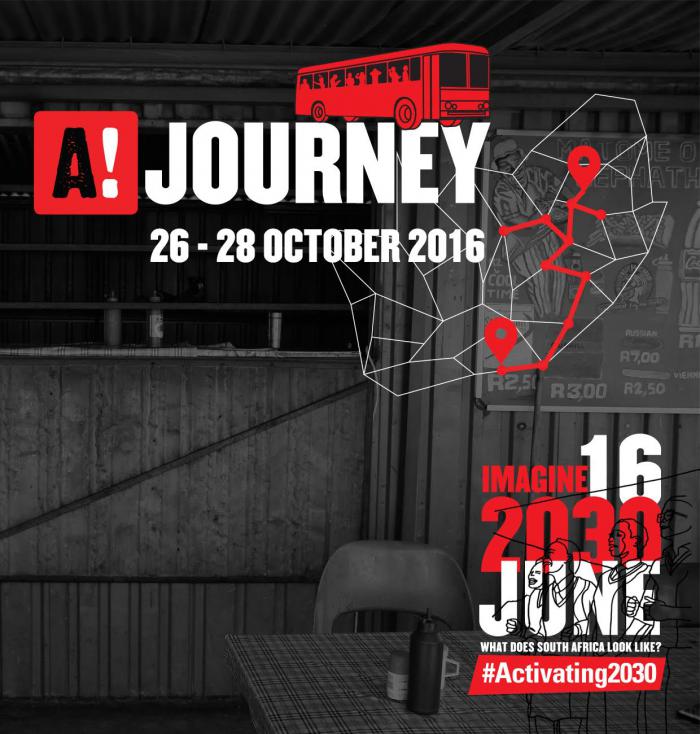 24 October 2016   YOUNG LEADERS EXPLORE EC & GAUTENG IN SEARCH OF A PATH TO AN IDEAL FUTURE ACTIVATE! Change Drivers, a network of…

A third year student at the University of Fort Hare, Sikhonza is passionate about using Imbizos as a mechanism to initiate and evolve dialogue in communities.